Afsos Review: We Regret to Inform You That This Amazon Series Is Not Worth Your Time

Mild spoilers ahead that you might wish to avoid. 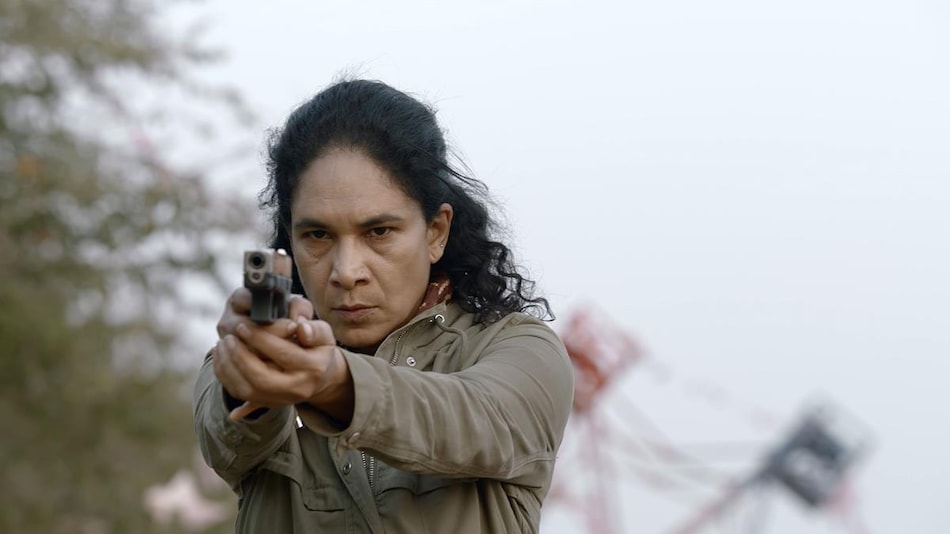 Stop (me) if you think you've heard this one before. (We realise you can't but just bear with us. And no, it's not a Smiths reference.) A suicidal protagonist wants to die but they can't begin to kill themselves. Unsure of how to proceed, they are introduced to a novel idea: hire a hitman to do it for them. This is a popular conceit in filmmaking, so much so that it has its own page on both pop culture database IMDb, and plot conventions catalogue TV Tropes. Stand-up comic Anirban Dasgupta and newcomer Dibya Chatterjee, the two creators of the new Amazon Prime Video miniseries Afsos — Hindi for “regret” — likely know this, which is why they add a new ingredient to the mix: an elixir of life.

On the surface, Afsos — based on the little-known Bengali novel “Golper Goru Chaande” — comes across as a black comedy that wants to engage with morbid questions, including the value of life, the spectre of death, and the price of immortality. But the Amazon series — written by creators Dasgupta and Chatterjee with another newcomer in Sourav Ghosh — is never clear on what the tone is supposed to be. All too often, Afsos finds itself in a much different comedy subgenre, an absurdist one, one where the laughs are dependent on the audience leaving its brains behind. That in itself may be generous, as Dasgupta largely fails to channel his comic talent on screen with few exceptions.

Unfortunately, the failure of its comedic tag is hardly the only problem for Afsos — and its creative team. The Amazon series suffers from an incoherent narrative, where things simply happen because the writers have predetermined for them to happen, not because they should. Characters appear and disappear out of nowhere in Afsos, which either treats them as plot fodder or terminates them when it runs out of ideas for their character arcs. To add to that, the direction by Anubhuti Kashyap (Moi Marjaani) is amateurish in parts, which in turn affects the performances of the actors. That leaves behind a show that doesn't have the requisite finesse to ever really pull you in.

Once Upon a Time in Hollywood, Good Newwz, Mardaani 2, and More on Prime Video in February

Afsos opens with our suicidal protagonist Nakul (Gulshan Devaiah), a failed Mumbai-based writer who's preparing to kill himself on the train tracks. This isn't his first attempt — there have been a dozen previously — as we're told in the opening 10 minutes that other people sometimes die when Nakul tries to commit suicide. Unlucky in every part of his life, Nakul laments to the therapist Shloka Sreenivasan (Anjali Patil) about his misfortune — what everyone else would instead call luck. On his way back home, as Nakul again fails to kill himself by jaywalking, he's handed a pamphlet that points him in the direction of a company that offers assisted suicide services.

Except Nakul doesn't really want to die, as his therapist easily deduces, and which he later admits after a near-death experience. The problem is his contract has been handed to Upadhyay (Heeba Shah), who always completes a job and doesn't take no for an answer. Meanwhile, a parallel subplot in Afsos stretching from London, United Kingdom to Harsil, Uttarakhand involves an elderly sage called Fokatiya Baba (Robin Das), a driven police Inspector Bir Singh (Aakash Dahiya), and the scheming scientist Dr. Goldfish (Jamie Alter), all of whom get mixed up in a multiple murder case that centres on an elixir of life, which — thanks to coincidences — ties into our protagonist's life.

Though Nakul has a half-deathwish, his character is never really in danger since the Amazon series would fall apart without him. For what it's worth, Afsos toys with the idea of killing its protagonist in a brief meta-moment — Nakul's therapist essentially breaks the fourth wall — but it then immediately chickens out. It's the closest it comes to commenting on the genre it's based in, and its unwillingness to push further is a disappointment. And in not doing so, Afsos gives up the option of venturing into surreal humour. Had it been comfortable in embracing its obscured identity, it could then use that to justify any number of events, including the repeated defiance of the laws of physics that it indulges in.

Sure, some of it is meaningless in big picture terms but it's all part of the writers' toolkit to keep Nakul alive on Afsos, which reads like plot armour responsible for his continued existence as the show goes on. It's shoddy writing, and far from the only instance of it. Nakul and Shloka have known each other for six months when we first see them and yet, he narrates his entire pitiful backstory like it's their first meeting. Exposition is noticeably poor in general, with characters literally prodding each other to talk about themselves, or launching into (unprompted) monologues that either reveal their motivations or expound on the show's themes.

Writing is ultimately an endless bane for Afsos. Its characters, most of whom are largely wasted, forget or become foolish as suits the plot. The narrative, which progresses in a lacklustre and meandering fashion, depends on coincidences to drive itself forward at times. Unable to craft genuine thrills, the Amazon series draws shock value from killing innocent people — including children — around Nakul, which makes the black comedy a lot harder to digest. And in a lone case, it turns into a Bollywood musical out of the blue. All that comes together to make a contrived and unbelievable series of events, especially in the finale — there are eight episodes; we've seen all.

Just like Nakul regretted hiring a hitman, we regret to inform you that the Amazon series isn't deserving of your time. (Sorry, not sorry) it was too fitting a title — Afsos — not to be used as a punchline.

Afsos is out now on Amazon Prime Video worldwide.