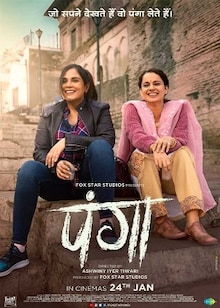 Jaya Nigam (Jaya Nigam) is a former Kabaddi champion currently serving the role of a railway reservation counter clerk. She stays in Bhopal with her seven-year-old son Adi and her husband Prashant Sachdeva, a railway section engineer. While Nigam left post Adi’s birth, she continues to feel passionately for the sport and dishearted at the loss of her identity. After the insistence of he son, she decides to make a comeback and begins her coaching with a former teammate, Meenu. What follows is a journey of various obstacles in the shape of fitness, age-gap, and work-life balance, with an undeterred spirit and family support running in the background. Ranaut underwent Kabaddi training for over two months for this role and also bagged National Award in the Best Actress category for the same. 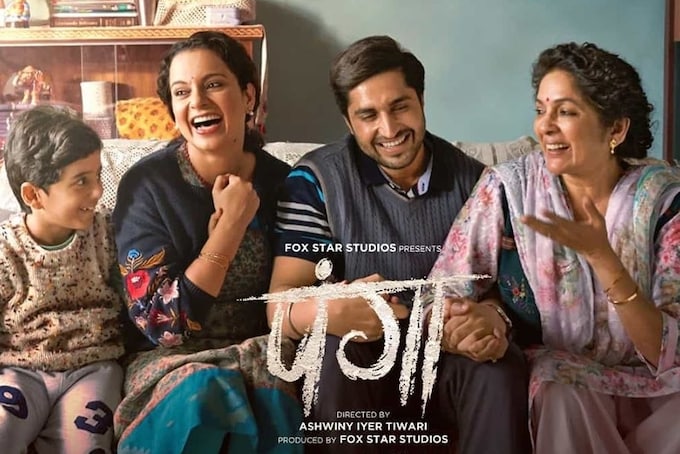 Panga is the story of Jaya Nigam (Kangana Ranaut), who was a national kabaddi player and the captain of the team. After marrying Prashant (Jassie Gill) and having a baby, her life starts to juggle between her son, Adi (Yagya Bhasin), the household responsibilities and her job at the railways. At the age of 32, when Adi wishes for her to play again, the passion for playing kabaddi reignites in her. Her best friend and coach Meenu (Richa Chadha) helps her achieve what she lost in a span of 7 years. When Jaya becomes adamant on playing again, her mother (Neena Gupta) does not support her decision. The performances of all the characters in Panga make their mark in the hearts of the audience. The screenplay of the movie also has an equal balance of humour and emotion in it.

Panga is a movie that honours all the working mothers who, because life happens, have to leave their passion to look after their family.

Panga movie is quite inspiring. It educates you about the 2nd chance that you as a family should provide to mothers to follow their passion. If you've missed watching this simple yet inspiring movie in your nearest theatres then you can watch Panga movie online on Disnep+ Hotstar.

Panga trailer shows the power of a woman, be it any age. This trailer has apparently raised the important question about women empowerment. Impressive Panga trailer is OUT. Watched yet?

After the title track of Panga here comes the romantic track which shows the budding love between Kangana Ranaut and Jassi Gill. Take a look now!