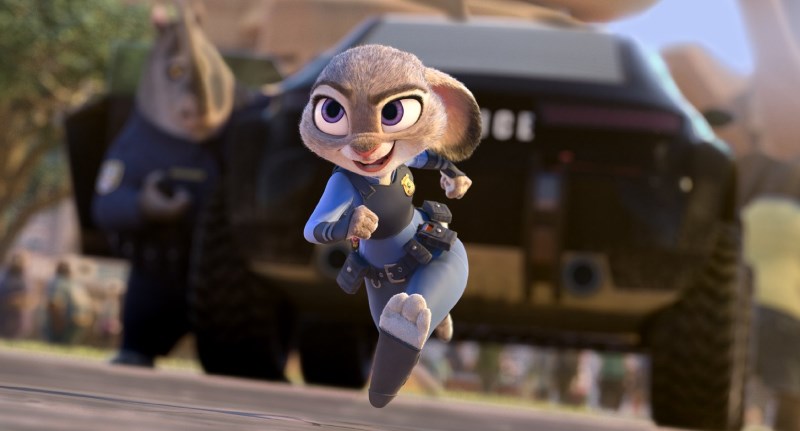 In our world, a rabbit and a fox would never get along. One of them is prey and the other a predator. However, in Disney's Zootopia - released Friday - a world devoid of humans has moved beyond its primal instincts and is a place where "anyone can be anything". Judy Hopps - voiced by Ginnifer Goodwin - is a bunny and a firm believer of the motto, and she resists any advice to the contrary, even if it comes from her parents.

Hopps dreams of being a police officer but faces a gargantuan task: there never has been a bunny cop. Through sheer optimism and determination, and with the help of Mayor Lionheart's (J. K. Simmons) Mammal Inclusion Initiative, she fulfils her lifelong wish and becomes Officer Judy Hopps. But her problems have just begun. The story elements from here on are straightforward to such a point that you will see most of its parts coming from a mile, but it's the underlying lessons and the heart it delivers them with that makes Zootopia more than a fun cartoon romp.

Among its many themes is the issue of race and gender stereotyping. Early on, a donut-loving cheetah desk cop makes a remark about the look and size of Hopps. She instantly jumps into what seems like a rehearsed comment: "You probably didn't know, but a bunny can call another bunny 'cute', but when other animals do it, it's a little..." and trails off to preserve any subtext that remains. In a later scene, when she is assigned to parking duty by her superior Chief Bogo (Idris Elba), she stands up for herself and asserts: "I'm not just a token bunny."

Hopps - despite her good intentions - isn't above making such mistakes herself either. Upon encountering the first fox in Zootopia, she jumps to a conclusion: all foxes are cunning and sly. And it obviously doesn't help that her first impression of Nick Wilde (Jason Bateman) is of his wily nature.

"[Judy] naturally responds because of the way she was raised," Goodwin says about her character in a Disney video, despite trying not to have any preconceived notions. Hopps eventually teams up with Wilde to solve a crime, but her initial struggle is something we all relate with, especially in a multicultural and multi-ethnic country such as India. Throughout our life, we are told that certain communities behave in certain manners or they look like something. This not only influences our thinking, but set expectations of people we have never encountered. And we prefer them to act like they appear in our minds, because it reassures what we have been fed. 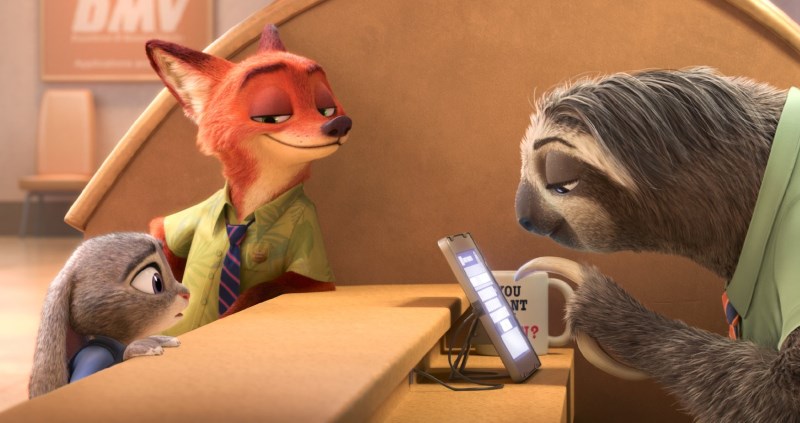 That's not to say Zootopia doesn't make tons of jokes at the expense of its mammals' characteristics, be it Nick wondering what sheep count when they can't sleep, or paying a wonderful tribute to The Godfather. A memorable scene sees Hopps and Wilde visit the DMV (the US equivalent of India's RTO) to speed up their investigation, and Hopps gets exasperated when she learns the office is run by sloths. But the film is always smart enough to stay on the right side of things, as Wilde asks, "What? Are you saying that because he's a sloth, he can't be fast?"

What Zootopia says is even more important today, a time when democratic nations around the world move towards harsher right-wing policies, by way of fear and misinformation of "outsiders". The city of Zootopia - a microcosm of the world's natural habitats - runs obvious parallels to mankind's own diversity and through the beaming eyes of Hopps offers a glimpse at what can be achieved if only we don't remain so set in our ways.

Zootopia isn't just funny, clever and the most heart-warming buddy comedy story I've seen in a while, but the values behind it speak volumes, even more so for grown-ups. It tackles tolerance, racial diversity and stereotyping with equal parts wit and panache; and owing to its animalistic take its all-necessary message is accessible and universal in appeal.

"Anyone can be anything" isn't just a thing we must tell the younger ones, but a lesson we must first teach ourselves.