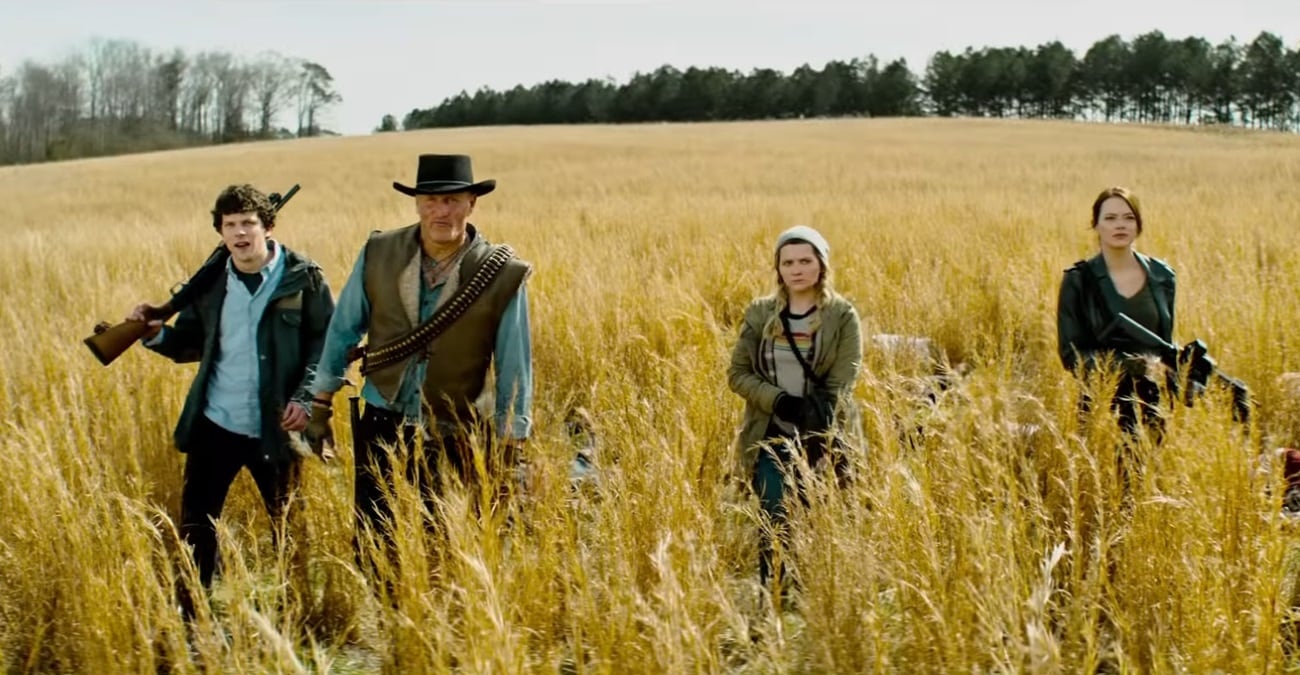 The first trailer for Zombieland 2 — titled Zombieland: Double Tap — is here. Cast members Woody Harrelson, Jesse Eisenberg, Emma Stone, and Abigail Breslin are back for the Zombieland sequel, along with the director Ruben Fleischer (Venom) and writers Rhett Reese and Paul Wernick (Deadpool) of the 2009 original. Joining them are the likes of Rosario Dawson (Daredevil), Zoey Deutch (Why Him?), and Avan Jogia (Victorious) as new survivors Nevada, Madison, and Berkeley, respectively. The Zombieland 2 trailer sets up the film's premise and introduces the aforementioned new characters. The release date for Zombieland 2 is October 18 in India.

Zombieland: Double Tap trailer opens with a mini-trailer featuring the famous line “It's time to nut up or shut up,” before jumping into the trailer itself that focuses on its big-name casting, and how they're all all Oscar nominees or winners. Then set to the tunes of Ice Cube's 2006 hip-hop / rap song “Click, Clack - Get Back!”, the central quartet — Tallahassee (Harrelson), Columbus (Eisenberg), Wichita (Stone), and as Little Rock (Breslin) — takes out several zombies in style before settling themselves in an abandoned White House in the American capital.

Eisenberg's character then explains via narration that “life is more than just about survival” and that they're a family, before a new character in Madison (Deutch) shows up. Back on the road again, Stone's character calls Madison cute after she has a little accident. And in a later scene, she says that her little sister, Little Rock, is gone and has picked up a boy named Berkeley (Jogia). When Harrelson's character hears of this, he remarks: “I've nothing against hippies, I just wanna beat the s--t out of them.” As they set out to find her, they come across Nevada (Dawson), who uses a monster truck to kill zombies.

Towards the end, Luke Wilson (Legally Blonde) and Thomas Middleditch (Silicon Valley) — they play Albuquerque and Flagstaff, respectively — show up in get-ups and hairdos that makes them look extremely similar to Harrelson and Eisenberg, respectively. Stone's character wonders what is going on and then rhetorically asks: “Am I hallucinating?”

Bill Murray and Dan Aykroyd will also appear as fictionalised versions of themselves in Zombieland: Double Tap, with Murray returning from the original. Dave Callaham (Wonder Woman 1984) is a co-writer alongside duo Reese and Wernick. Gavin Polone has produced Zombieland 2, with Fleischer, Wernick, Reese, Rebecca Rivo, and David Bernad as executive producers.

“In the Zombieland sequel, through comic mayhem that stretches from the White House and through the heartland, these four slayers — Tallahassee (Harrelson), Columbus (Eisenberg), Wichita (Stone), and as Little Rock (Breslin) — must face off against the many new kinds of zombies that have evolved since the first movie, as well as some new human survivors. But most of all, they have to face the growing pains of their own snarky, makeshift family.”

Zombieland: Double Tap will release October 18 in India, nearly a decade after the first one. In India, the original Zombieland released a few months later in February 2010.