Murray is back, but how? 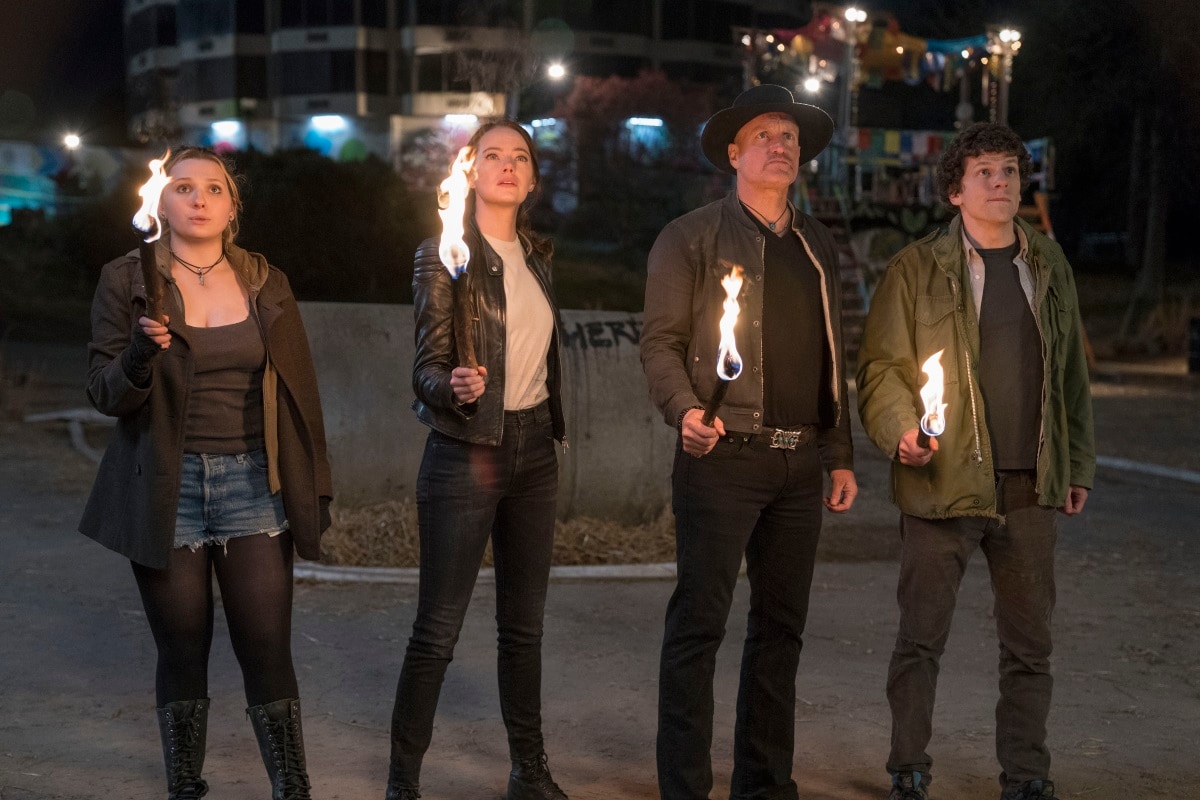 With 10 days to release, Sony Pictures has released a new (adults-only) trailer for its upcoming (adults-only) film, Zombieland: Double Tap. All of Woody Harrelson, Jesse Eisenberg, Emma Stone, and Abigail Breslin are back for the Zombieland sequel, along with the director Ruben Fleischer (Venom) and writers Rhett Reese and Paul Wernick (Deadpool) of the 2009 original. Partly set to the tune of Backstreet Boys' 1997 hit “Everybody (Backstreet's Back)”, the new Zombieland: Double Tap trailer features a lot of footage from the trailer in July, along with more gore and profanity, and a narration. Zombieland: Double Tap release date is October 18 in India.

The narrator opens the new Zombieland: Double Tap trailer, informing us that it's been ten years since the zombie apocalypse, before deadpanning that this dysfunctional family of four — Tallahassee (Harrelson), Columbus (Eisenberg), Wichita (Stone), and Little Rock (Breslin) — have survived by using their wits and following the rules, as the footage shows us the exact opposite. Later, Stone's character says that the zombies have upgraded to become “stronger, faster, better”. There's several bits of banter within the group, only to be interrupted by new addition Nevada (Rosario Dawson), who uses her monster truck to kill zombies.

There's a joke about the Bill Clinton administration more than midway through the new Zombieland: Double Tap trailer, before the narrator is given the job of emphasising how all its main cast members — Harrelson, Eisenberg, Breslin, and Stone — are either Oscar nominees or winners. The original film's famous line, “Time to nut up or shut up”, closes out the trailer, only for Tallahassee mirror Albuquerque (Luke Wilson) to note that those words are “very 2009”, a clear knowing dig by Reese and Wernick at themselves and the popularity of the quote.

Bill Murray makes an appearance in the new Zombieland: Double Tap trailer as a fictionalised version of himself. Dan Aykroyd will join him in that capacity in the film. Dave Callaham (Wonder Woman 1984) is a co-writer alongside duo Reese and Wernick. Gavin Polone has produced Zombieland 2, with Fleischer, Wernick, Reese, Rebecca Rivo, David Bernad, Jack Heller, and Doug Belgrad as executive producers.

“In the Zombieland sequel, through comic mayhem that stretches from the White House and through the heartland, these four slayers — Tallahassee (Harrelson), Columbus (Eisenberg), Wichita (Stone), and as Little Rock (Breslin) — must face off against the many new kinds of zombies that have evolved since the first movie, as well as some new human survivors. But most of all, they have to face the growing pains of their own snarky, makeshift family.”

Zombieland: Double Tap is out October 18 in cinemas in India.