Joins Wonder Woman and Supergirl in the DC movie stable. 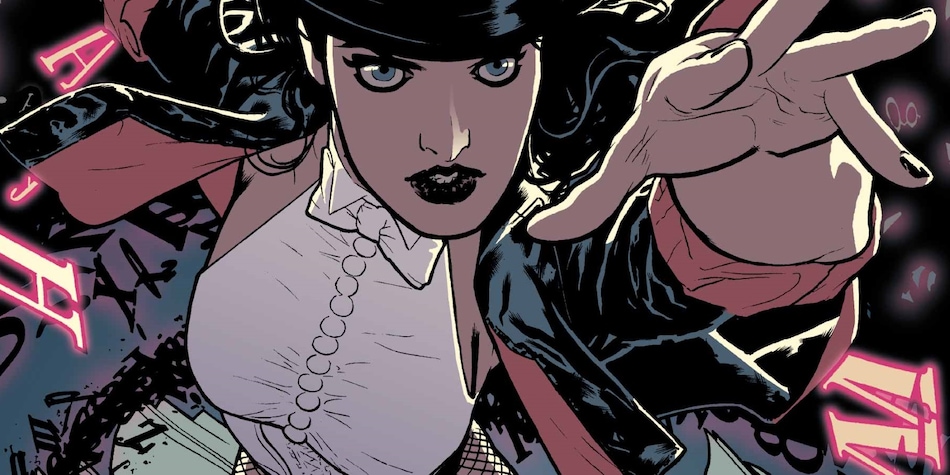 DC's Zatanna is coming to the big screen. Warner Bros.-owned DC Films has reportedly hired Emerald Fennell — the Oscar-nominated writer and director of the Carey Mulligan-led revenge fantasy Promising Young Woman — to write a Zatanna movie. In the DC Comics, Zatanna Zatara — created by Gardner Fox and Murphy Anderson in 1964 — is one of the most powerful sorcerers. She has been involved with the Justice League, had a (retconned) childhood link to Batman, and was romantically involved with John Constantine at one point. Serinda Swan previously played Zatanna in the final three seasons of The CW's Superman show Smallville.

Variety and Deadline brought word of Fennell being hired to script Zatanna at about the same time, with the latter noting that the deal has been in place for a while but there's no word on whether Fennell will also direct — or only write. The Zatanna movie will be produced by DC Films (with president Walter Hamada overseeing it), Warner Bros. Pictures, and J.J. Abrams' Bad Robot Productions.

Zatanna is yet another DC feather in Bad Robot's cap. In recent months, as part of its lucrative deal at WarnerMedia, Bad Robot has announced several DC projects: a Superman movie reboot with author-journalist Ta-Nehisi Coates set as writer, a Justice League Dark HBO Max series in the style of Marvel's The Defenders, and a horror-oriented Constantine HBO Max series reimagining from writer Guy Bolton that will tie into Justice League Dark.

Depending on how the development goes, Zatanna will end up being either the second or third DC movie headlined by a female character. Wonder Woman is the well-known first, having led a film of the same name in 2017 and then the sequel Wonder Woman 1984 last December. A Supergirl movie has reportedly been in the works since 2018, but we've heard little. Sasha Calle (The Young and the Restless) was recently cast as Supergirl in The Flash movie, so it's possible she might get her own movie after that. The Flash is currently slated for a November 2022 release.

Fennell made her feature directorial debut with Promising Young Woman, that has five nominations at next month's Oscars, including best picture, director, and screenplay for Fennell. She also served as showrunner and executive producer on Killing Eve season 2. Fennell has had a longer acting career, in films and series such as Anna Karenina, The Danish Girl, and Call the Midwife. She was last seen as Camilla Parker Bowles in The Crown season 4.