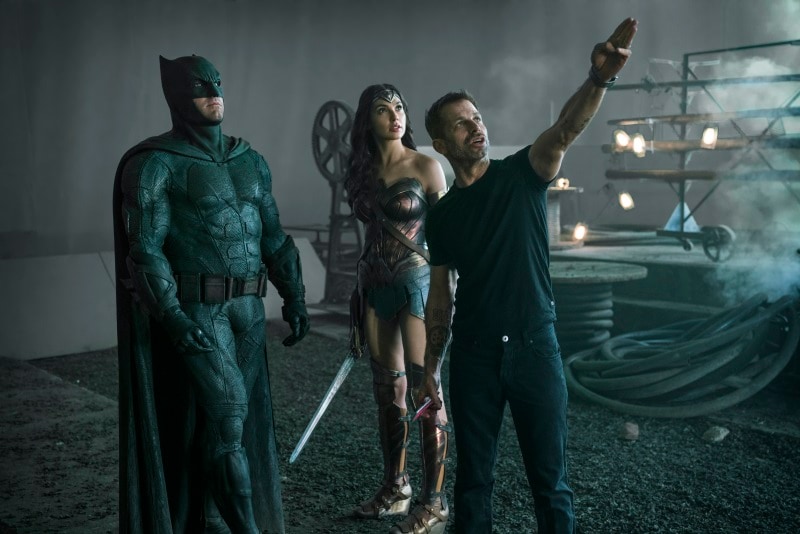 Zack Snyder is returning to filmmaking. The Justice League director, who had stepped away in 2017 due to a family tragedy, has a new $90-million project set at Netflix: a zombie horror thriller heist movie called Army of the Dead. Set during a zombie outbreak in Las Vegas, Army of the Dead follows a man as he “assembles a group of mercenaries to take the ultimate gamble, venturing into the quarantined zone to pull off the greatest heist ever attempted”. Snyder is behind the story idea, and he will direct and produce with his wife, Deborah Snyder, and possibly even serve as the cinematographer.

“When the movie gets super big, you get pushed away from the camera,” Snyder told The Hollywood Reporter, which first reported on the development. “And in the last few years, I've had a reconnection with photography. This movie will be a chance to get the camera in hand.”

"There are no handcuffs on me at all with this one,” Snyder added. “This is the opportunity to find a purely joyful way to express myself though a genre. It will be the most kick-ass, self-aware — but not in a wink-to-the-camera way — balls-to-the-wall zombie freakshow that anyone has ever seen. No one's ever let me completely loose [like this].”

Sources close to THR said that Netflix “sought [Army of the Dead] out” from Warner Bros., the long-time home of Snyder where it was earlier set up in 2007. Snyder has been at Warner Bros. since 2006, having made 300, Watchmen, Legend of the Guardians: The Owls of Ga'Hoole, Sucker Punch, Man of Steel, Batman v Superman: Dawn of Justice, and Justice League. He took time off after his daughter committed suicide in 2017, with Joss Whedon (The Avengers) taking over Justice League reshoots.

“I thought this was a good palate cleanser to really dig in with both hands and make something fun and epic and crazy and bonkers in the best possible way,” he says. “I love big action, I love big sequences. My movie brain starts clicking around and I was like, ‘We need to be shooting this now!' Constructing these sequences really fired me up.”

Snyder will begin production on Army of the Dead in summer 2019. Netflix has yet to make an official announcement.