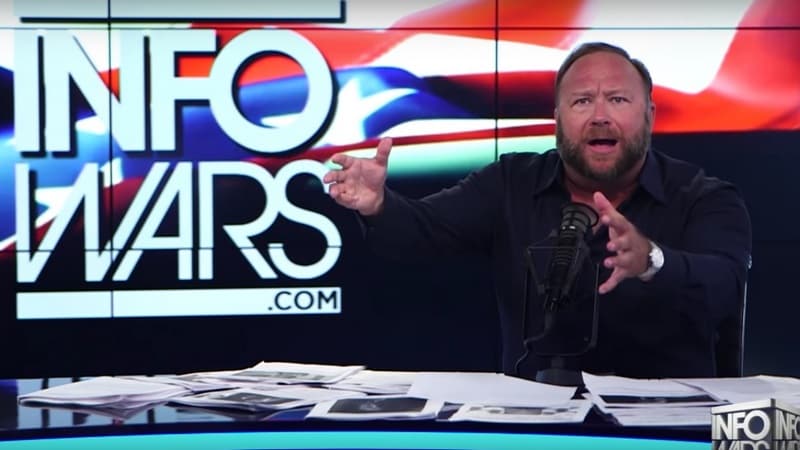 YouTube has removed four videos by conspiracy theorist Alex Jones, his website Infowars said on Wednesday, after the radio host used his YouTube channel to denounce Muslim immigrants to Europe and the creators of a transgender cartoon.

"YouTube has removed four Infowars videos that were critical of liberalism," Jones said in a statement on social media, in which he also urged people to look at the videos on his website and decide for themselves.

A spokesperson for Google's YouTube, who asked not to be named citing security concerns, declined to comment directly about the Jones videos, but said in a statement, "We have longstanding policies against child endangerment and hate speech."

"We apply our policies consistently according to the content in the videos, regardless of the speaker or the channel."

The videos, which included a clip of a man pushing a child to the ground, were posted on Jones' Infowars website.

Infowars posted a statement on its website in which it said YouTube had slapped the Jones channel with a "community strike," meaning he cannot broadcast live on YouTube for 90 days.

Under YouTube policy, the Alex Jones Channel, which has more than 2.4 million subscribers, could be permanently terminated if he received another two community strikes within three months.

In one of the videos that Jones said had been removed from YouTube, he spoke against an online series called "Drag Tots" with animated drag queen characters. Jones compared the creators of the series to Satanists, criticised them for appealing to children, and warned of divine judgement.

In two other videos he said were removed by YouTube, Jones suggested Muslims who immigrated to Europe were gaining control of countries on that continent.

Since founding Infowars in 1999, Jones has built a vast audience. In extreme theories, he has suggested that the Sept. 11, 2001, attacks on New York and Washington were staged by the government.

The parents of two children who died in the 2012 Sandy Hook school massacre in Connecticut sued Jones for defamation in April, accusing him and Infowars of engaging in a campaign of "false, cruel, and dangerous assertions."