Marvel’s What If...? Out August 11 on Disney+, Disney+ Hotstar. Watch the Trailer 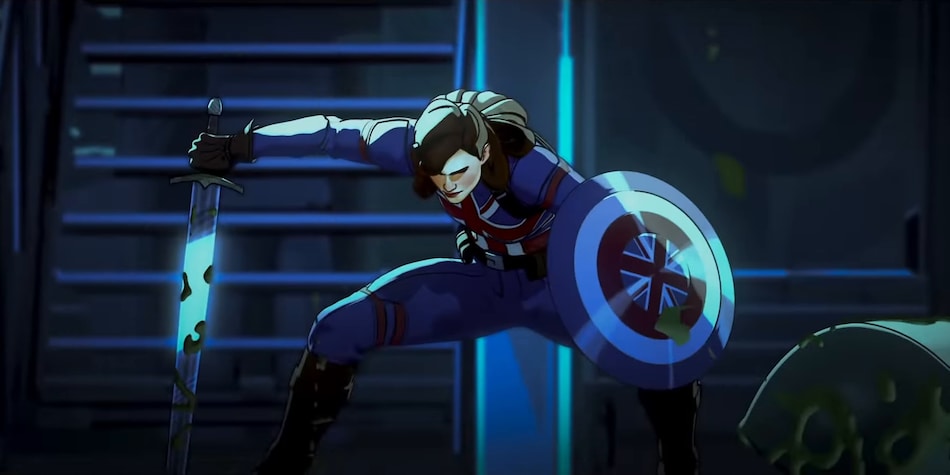 Captain Peggy Carter in Marvel's What If...?

Marvel's What If...? has a new trailer, a new poster, and a release date. On Thursday, Marvel Studios announced that its first animated series — Marvel's M.O.D.O.K. began as a Marvel Television project, so I suppose that doesn't count — will premiere Wednesday, August 11 on Disney+ and Disney+ Hotstar. There won't be any local-language dubs though (in Hindi, Tamil or Telugu), which means Marvel's What If...? will be only available on Disney+ Hotstar Premium, that costs Rs. 299 per month or Rs. 1,499 per year. The anthology animated series Marvel's What If...? is non-canonical, and hence, its events have no bearing on the Marvel Cinematic Universe.

Every episode of Marvel's What If...? will stem from a what-if question: What if Killmonger saved Tony Stark in Afghanistan? What if Yondu took T'Challa as a kid, not Peter Quill? What if Peggy Carter became Captain America — or rather Captain Carter? What if the Avengers turned into zombies? The Marvel's What If...? trailer presents all those scenarios and several others that aren't quite as obvious from the brief teases we get of them. But you can be sure it will feature your favourite character, what with everyone from Doctor Strange, Thor, Loki, Vision, Hawkeye, Ego, Ant-Man, The Ancient One, Guardians of the Galaxy, and even Howard the Duck involved here.

Jeffrey Wright (Westworld) will tie together the episodes as the voice of The Watcher, an alien who observes the multiverse but doesn't, cannot and will not interfere, just as Wright says in the Marvel's What If...? trailer. Storyboard artist Bryan Andrews (Avengers: Endgame) is the director on the Marvel Disney+ animated series, with A.C. Bradley (Trollhunters) as head writer. Kevin Feige, Louis D'Esposito, Victoria Alonso, and Brad Winderbaum serve as executive producers on Marvel's What If...?, originally announced two years at San Diego Comic-Con 2019.

Marvel's What If...? poster

The official Marvel's What If...? poster
Photo Credit: Disney+ Hotstar

Twitter Spaces for Web Working on Ability to Allow Users to Speak: Report