In the future, self-driving cars, bikes are the norm and there’s an app for unscrupulous jobs. 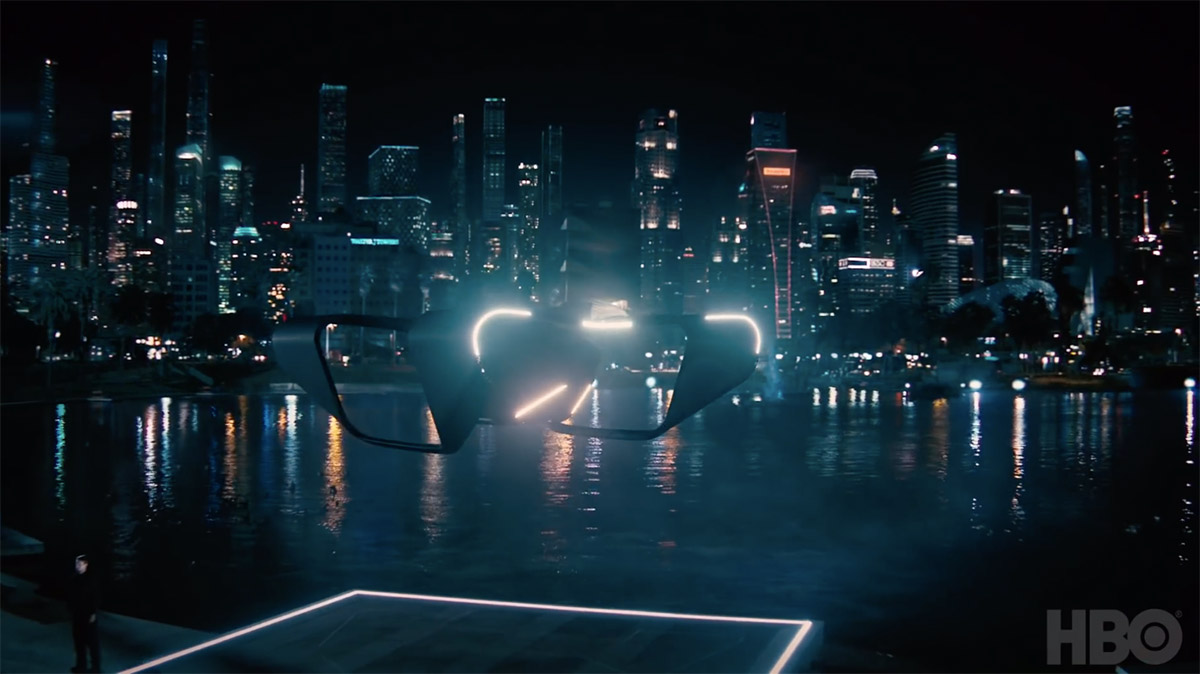 Game of Thrones might have finally ended but HBO knows how to keep its audiences coming back for more. The premium cable network has just dropped the first trailer for Westworld season 3, which focuses on Aaron Paul's (Jesse Pinkman from Breaking Bad) character, who appears to be one of the main protagonists in the third season. After Game of Thrones, this is probably HBO's other big-budget series, which has been on a long break but will finally be returning to your TV screens in 2020. It is most likely to be available on Hotstar in India.

The trailer opens with a wide panning shot of a futuristic looking city, which is the first time we get a proper look at what life is like outside the park. The camera zooms in and locks on Aaron Paul's character, who's wearing a one-piece jumper and carrying a red box in one hand, which looks like a tool box, and a white box in the other, which is possibly a lunch box. We also have his voice-over, questioning the world around him and how at times, it seems “like they put a coat of paint on it.” The last bit could suggest that Paul's character is host and is on his way to consciousness, although this part is not clear. The scene quickly cuts to a futuristic looking motorbike, which autonomously rides off, presumably to park itself.

In the next scene, we have Paul sitting on a steel girder with his hard hat next to him and a robot worker, which indicates he's a worker at a construction site of some kind. There's a quick top-down shot of the inside of a circular building which then cuts to a woman sitting by the ledge of a roof-top pool. We don't get a clear look at her face as she's looking down at the sprawling city with the sun obscuring her face, but we're pretty certain it's Dolores (Evan Rachel Wood).

Next, we have Paul's character looking at across the neighbouring building into different flats, as he stares at people (or hosts?) going about their lives. We then quickly cut to Paul's character in what looks like a futuristic hospital room, as he kisses a woman on her forehead, which we're guessing could be his ailing mother. The scene quickly shifts to a woman walking in a fancy restaurant, but once again, the camera only shows us her back and her blonde hair — which is most definitely Dolores.

The scene cuts to Paul's character looking at a suspicious app which shows various “jobs” up for grabs and its corresponding rewards. Of course, higher the risk, greater the reward. In the next scene, we see Paul's character blowing up the side if a building, so we're guessing he opts for a robbery gig. We're also introduced to two more characters. We're not sure who the man is but the woman is definitely Lena Waithe (Master of None), who was confirmed to be part of the series last year. Another interesting touch of detail is the unidentified man's t-shirt, which has the word ‘Bored' highlighted, which changes to ‘Amused,' when the explosive goes off.

We then have a couple of different scenes, which show Paul's character and the gang heading to a club of some sort, to hand over the stolen goods. We have a scene which shows a flying car or vehicle of some kind, landing near the edge of a lake. We then cut to an unknown character pulling a gun at Paul's character, while we witness from a distance, a blonde woman executing two people. This time, it's really hard to tell is this is Dolores or someone that looks like her.

A wounded Dolores finally makes an appearance towards the end of the trailer
Photo Credit: HBO

Next up are a few quick cuts of Paul's crew assaulting a semi-dressed man, Paul's character visiting an inmate in prison, a driverless car driving across a pier, and what appears to be a woman dragging a body in the dead of night. None of these scenes make much sense now as they seem to be taken from different episodes from the next season.

The trailer winds down with sunlight shining on Paul's face, as if someone had drawn the curtains or opened a trunk of a car (it's hard to say at this point), finally cutting to him in a back-alley way as he stumbles upon an injured woman hobbling along. The trailer ends but not before revealing the woman to be Dolores. We still don't have a date for when Westworld will air, but only that it's coming next year.

The entire trailer has Pink Floyd's Dark Side of The Moon playing in the background. Also, Paul's monologue throughout the entire trailer suggests that he knows that something is not right with the world he's living in and is looking for something or “someone” to help him break the monotony. It's still hard to say what's the main plot of season 3 as this trailer seems to be focused around introducing Aaron Paul's character and his life. Dolores will obviously be an integral part of the plot but we're yet to hear about other characters such as Charlotte (Tessa Thompson) and Bernard (Jeffrey Wright), who also made it out of the park at the end of the last season.

What did you think of the trailer? Are you excited for the next season of Westworld?