We Can Be Heroes Trailer: Superhero Kids Must Escape Priyanka Chopra to Take on Aliens 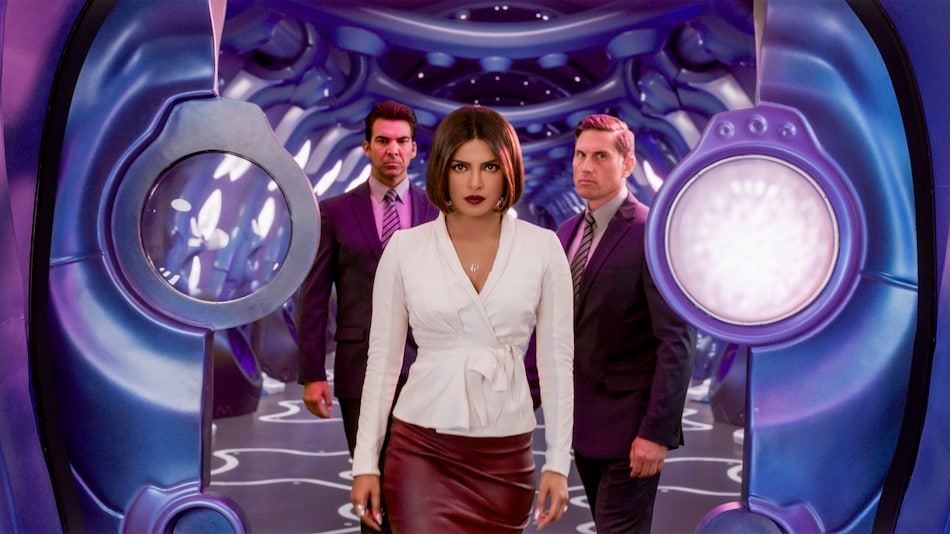 Priyanka Chopra in We Can Be Heroes

Netflix has released the first teaser trailer for We Can Be Heroes, a superhero movie from Robert Rodriguez, in which superpowered children must save the day after their superpowered parents — Pedro Pascal among them — are kidnapped by alien invaders. Priyanka Chopra plays a “mysterious government babysitter” whose intentions seem to be a little evil, and the kids must escape her care if they are to rescue Pascal and Co. We Can Be Heroes is a sequel of sorts to Rodriguez's 2005 film, The Adventures of Sharkboy and Lavagirl.

The thirty-second We Can Be Heroes trailer opens with Marcus Moreno (Pascal) declaring that they must stop the alien invaders. We are then given a glimpse at the grown-up Lavagirl (Taylor Dooley) and a new caped superhero played by Pascal's Narcos co-star Boyd Holbrook. Shortly after, a kid called Guppy (Vivien Lyra Blair) reveals the film's connection to the original, as she says “My mommy is Lavagirl, but my daddy is Sharkboy.” When Ms. Granada (Chopra) taunts them for being children, Guppy responds by unleashing a torrent of water out of her tiny hands.

The rest of the We Can Be Heroes trailer gives us a look at the varied powers that the kids possess, from Matrix-style jumps, curvy hands that can smash windows, and Guppy being able to conjure up a floating silver whale that she can ride and use to attack aliens. The We Can Be Heroes trailer makes the Netflix superhero film come across as corny, though that's likely due to the fact that its target audience is the children of the ages that are part of its cast.

Here's the official synopsis for We Can Be Heroes, from Netflix:

When alien invaders kidnap Earth's superheroes, their kids are whisked away to a government safe house. But whip-smart tween Missy Moreno (Yaya Gosselin) will stop at nothing to rescue her superhero dad, Marcus Moreno (Pedro Pascal). Missy teams up with the rest of the superkids to escape their mysterious government babysitter, Ms. Granada (Priyanka Chopra Jonas). If they're going to save their parents, they'll have to work together by using their individual powers — from elasticity to time control to predicting the future — and form an out-of-this-world team.