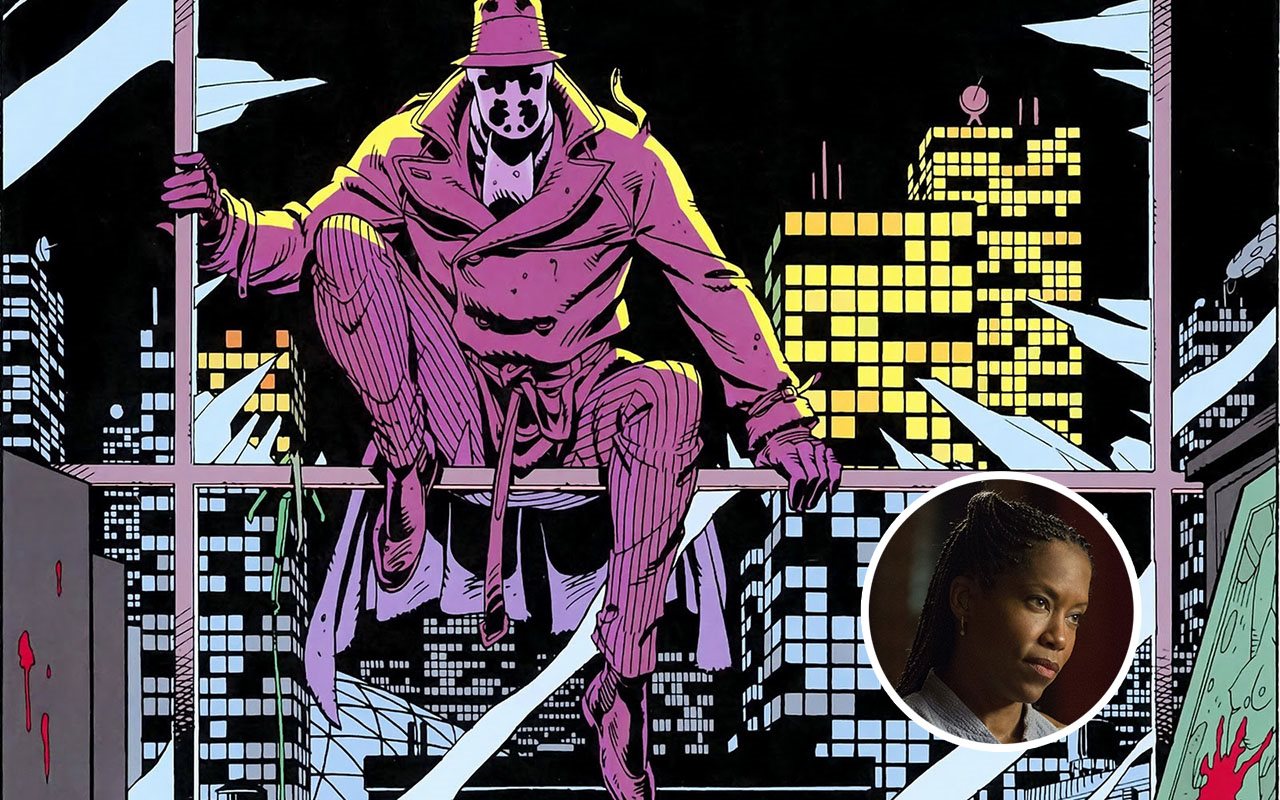 HBO's Watchmen, from Lost and The Leftovers co-creator Damon Lindelof, has found its cast for the pilot episode currently in pre-production, according to a new report.

Variety reports that Regina King, Don Johnson, Tim Blake Nelson, Louis Gossett Jr., Adelaide Clemens, and Andrew Howard have joined Watchmen. Emmy-winning King will play the lead role, though there's no word on what characters any of the six will be playing.

In an open letter to fans on Tuesday, Lindelof said this his version of Watchmen will be an original story, told with new characters in a contemporary fashion, than take after the Cold War era of the comic series from Alan Moore and Dave Gibbons.

King has previously worked with Lindelof on The Leftovers (one of 2017's best TV shows), where she played Erika Murphy for two seasons. The actress is also known for her critically-acclaimed roles in Southland, and American Crime, winning two Emmys for her work in the latter.

Johnson is best known for his roles as James 'Sonny' Crockett in Miami Vice, for which he won a Golden Globe, and the eponymous character in Nash Bridges. Recently, he has appeared in films such as Book Club, Django Unchained, and Machete.

Nelson has appeared in The Incredible Hulk, Fantastic Four, and Minority Report, in addition to Steven Spielberg's Lincoln, and Terrence Malick's The Thin Red Line. He will star in the lead role of the Coen brothers and Netflix's The Ballad of Buster Scruggs later this year.

Gossett is an Oscar winner for his role in the 1982 film An Officer and a Gentleman, an Emmy winner for his work in the 1977 miniseries Roots, and a Golden Globe winner for the 1991 TV film The Josephine Baker Story.

Clemens has appeared in The Great Gatsby, and X-Men Origins: Wolverine. She starred opposite Benedict Cumberbatch in the 2012 miniseries Parade's End. Howard has had roles in Band of Brothers, Taken 3, Bates Motel, and Hell on Wheels.