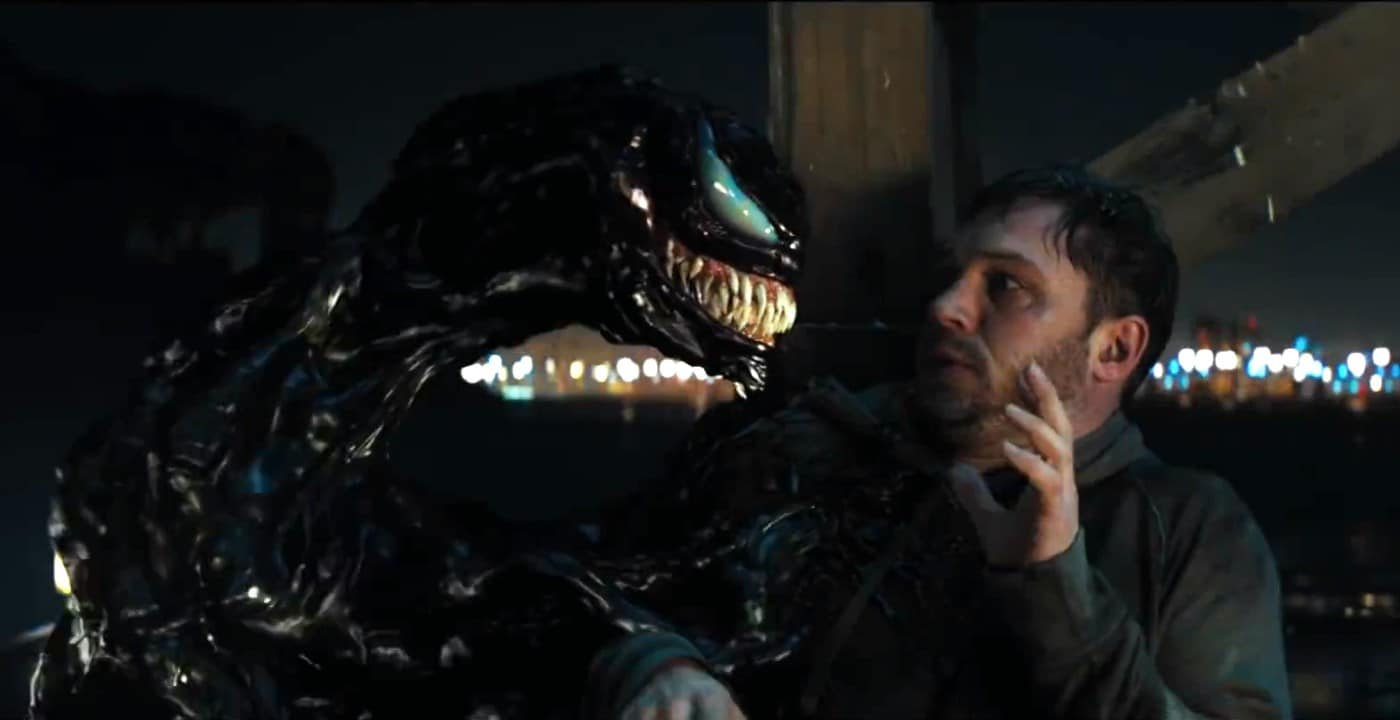 Sony Pictures has released a new trailer for Venom, the Spider-Man spin-off film starring Tom Hardy in the lead role. We'd gotten quite a spoiler-heavy look with the first trailer back in April, and this one only makes things worse for those wanting a glimpse into the world and not a three-act description.

The new Venom trailer establishes the premise of the film – Hardy plays a journalist named Eddie Brock, who comes into contact with an alien symbiote while investigating a company that seemingly experiments on humans – and includes a bunch of action sequences, with the superpowered Brock not in control of his actions as he turns into the eponymous anti-hero.

Fleischer revealed at Comic-Con that another symbiote Riot is the main villain in Venom: "He has a unique trait. You don't know where Riot is going to turn up." There may be more villains in the Spider-Man spin-off, the director said, but he doesn't "want to give it away". Hardy voiced Venom himself, reacting to Venom in real-time via an earpiece when he played Brock. It's not always easy to make out what he's saying though.

Venom is intended to be the first film in Sony's Marvel Universe, which can be quite confusing for the average moviegoer. Though it shares the world of Spider-Man: Homecoming, which takes place in the Marvel Cinematic Universe, it is not a part of the Marvel world. Sony has been developing more films alongside, including signing Jared Leto to play Morbius the Living Vampire, and another based on Silk, the Marvel Comics superheroine who’s part Korean.

This will be the second appearance for the title character after 2007's disappointing Spider-Man 3, where Eddie Brock (Topher Grace) turned into Venom after the symbiote was rejected by Peter Parker (Tobey Maguire) and latched onto him, making him the film's main villain.