Venom: Let There Be Carnage Release Date Delayed, Again, to October 15 Due to COVID-19

Coming to India in English, Hindi, Tamil, and Telugu. 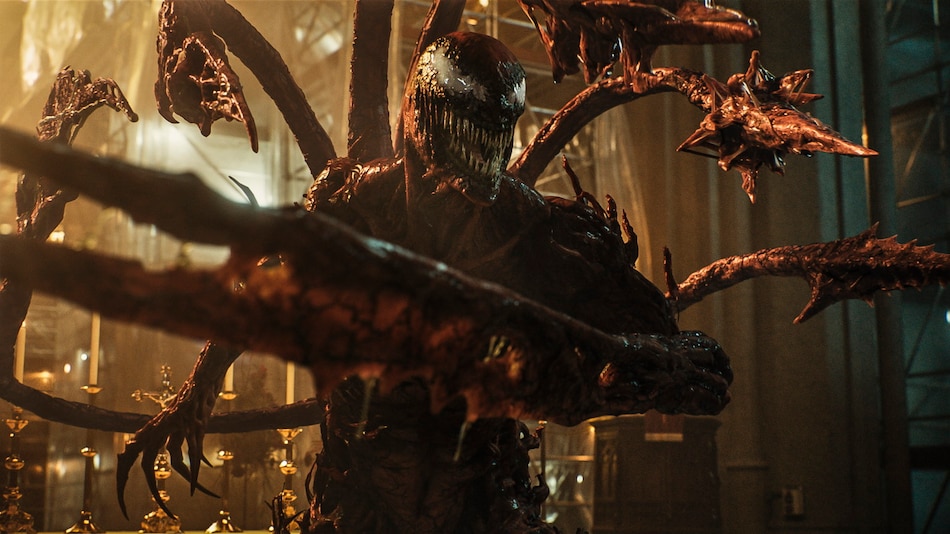 Carnage in Venom: Let There Be Carnage

Venom: Let There Be Carnage has been delayed (again). On Thursday, Sony Pictures announced that it was pushing back the release date of its Tom Hardy-led comic book movie sequel by three weeks or a month, depending on how you see it. Venom: Let There Be Carnage is now set to release October 15 in cinemas worldwide — it was previously slated to open September 15 in the UK, September 24 in the US, and sometime in September in India. This delay is likely thanks to rising COVID-19 cases in the US led by the Delta variant, which has dropped consumer confidence in going to the cinemas.

What's surprising is that other studios aren't following in Sony Pictures' footsteps. Disney is still adamant that its next Marvel movie, Shang-Chi and the Legend of the Ten Rings, will open September 3, that too only in cinemas. It's not thinking of delays. Also unlike Sony Pictures, Disney has its own streaming service in Disney+, to which it has sent titles day-and-date in the past, including the previous Marvel film Black Widow. Although perhaps the legal tangle it is facing with Black Widow star Scarlett Johansson is also a factor. Disney CEO Bob Chapek said they can't switch Shang-Chi to Disney+ due to “distribution agreements”.

No other major Hollywood releases are set for September, with the likes of Amazon's Cinderella and Clint Eastwood's Cry Macho either only on streaming (Prime Video) or both cinemas and streaming (HBO Max). Technically, Daniel Craig's final Bond film, No Time to Die, is due September 30 in the UK. It's a week later in the US though.

October has become even more of a packed month now. No Time to Die is currently set to release October 8 in the US. Venom: Let There Be Carnage will follow No Time to Die on October 15. Denis Villeneuve's adaptation of Dune with a star-studded ensemble is then next on October 22. Alongside, we have Matt Damon, Adam Driver, and Ben Affleck in Ridley Scott's The Last Duel (October 15), Wes Anderson's The French Dispatch (October 22), and Edgar Wright's Last Night in Soho (October 29).

Venom: Let There Be Carnage will now release October 15 in cinemas worldwide. In India, it will be available in English, Hindi, Tamil, and Telugu.