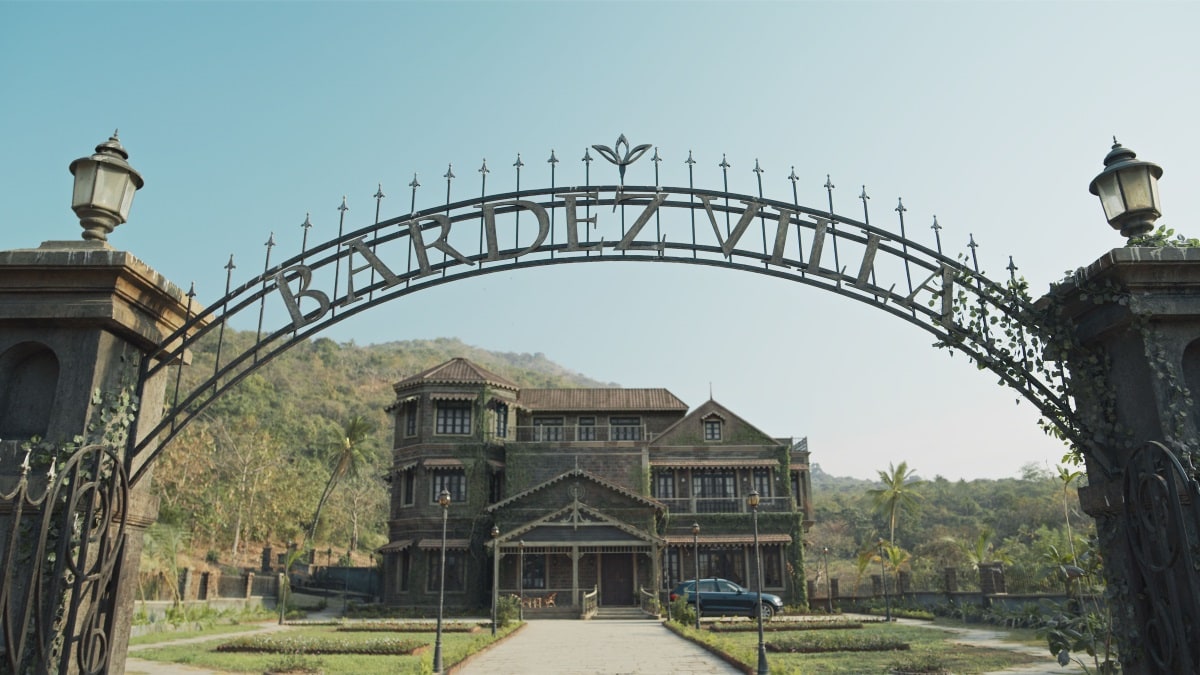 A still from Typewriter

Netflix's newest original series from India, Typewriter, is now streaming. Directed and co-written by Sujoy Ghosh — best known for films such as Kahaani, Badla, and Jhankaar Beats — Typewriter is a mystery horror series that follows a bunch of kids as they set out to capture a ghost that's rumoured to inhabit a haunted house in small-town Goa. But their plans complicate after a new family, with ties to the home's past, moves in. Aarnaa Sharma, Aaryansh Malviya, Mikhail Gandhi, Palash Kamble, Palomi Ghosh, Purab Kohli, Samir Kochhar, Sara Gesawat, and Jisshu Sengupta are part of the Typewriter cast.

In addition to being director and co-writer — the latter alongside his Kahaani scribe Suresh Nair — Mr. Ghosh is also the creator and the sole credited executive producer on Typewriter. Raja Narayan Deb (Jodi Love Dile Na Prane) is responsible for Typewriter's original score, while Gairik Sarkar (Saheb Bibi Golaam) served as the director of photography for the new Netflix series from India.

There are five episodes in Typewriter season 1, and Mr. Ghosh told Gadgets 360 that he hasn't decided whether there will be a season 2. But Kohli teased that “several carrots are left dangling” at the end of the first season, which we can attest to, having seen all episodes.

Here's the official synopsis for Typewriter, via Netflix:

“Typewriter is about a haunted house and a haunted book that stir the imagination of a group of young, wannabe ghost hunters, and a dog, determined to capture the ghost that plagues the notorious home in their neighbourhood in Goa. When a new family and their captivating daughter move into the haunted home, the crew finds it difficult to balance the demands of school and chores with the renewed urgency to capture the neighbourhood ghost before it is too late.”

All five episodes of Typewriter are available on Netflix. New seasons of Netflix shows are released at 12am PT, which translates to 12:30pm IST from mid-March to early November.