Season 27 aired in June-July last year in the UK. Top Gear is currently on season 28. 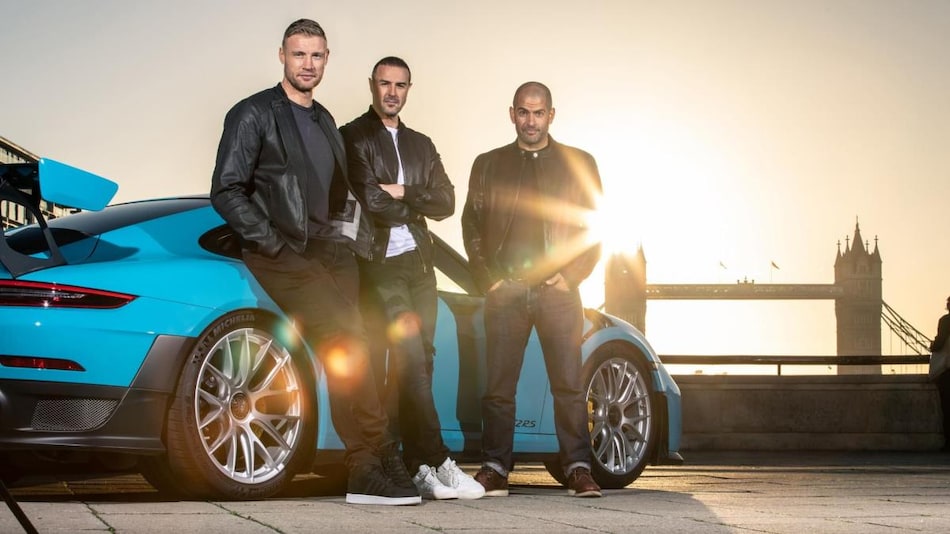 Top Gear season 27 is coming to India, thanks to a new deal between Viacom18 and BBC Studios, with the British motoring series likely set to premiere in March-April on Colors Infinity. In its announcement, BBC calls it a “multi-platform deal”, which suggests that Top Gear will also be available on Viacom18's streaming service, Voot, possibly under the upcoming subscription-based offering, Voot Select. Gadgets 360 has reached out to Viacom18 for comment and will update if we hear back. Top Gear season 27 features former England cricketer Andrew “Freddie” Flintoff, comedian and TV presenter Paddy McGuinness, and motoring journalist Chris Harris as hosts, with The Stig as the test driver.

Top Gear season 27 originally premiered in June last year in the UK on BBC Two. Despite Matt LeBlanc departing as host, Top Gear saw a ratings boost and delivered an average consolidated audience of 3.8 million, per BBC. In season 27, Flintoff, McGuinness, and Harris toured the likes of Ethiopia and Iceland, and reviewed the Tesla Model 3, Ferrari 488 Pista, McLaren 600LT, and Rolls-Royce Cullinan among others. The trio returned to screens back in December for season 28, kicking off with a special in Nepal. The latest episode, on Sunday, saw them in Peru. BBC and Viacom18's deal doesn't include Top Gear season 28 for now.

“Indian viewers are big fans of fast-paced and adrenaline-pumping automotive content,” Voot Select head and Viacom18's head of youth, music, and English entertainment, Ferzad Palia, said in a prepared statement. “Globally, Top Gear is recognised as the most popular motoring entertainment show, and we're thrilled to showcase series 27 of this iconic show to viewers in India. Adding another genre to our bouquet of offering, Viacom18 continues to deliver the best of English entertainment to its audience.”

BBC Studios South Asia's VP for distribution, Stanley Fernandes, added: “We're thrilled to partner with Viacom18 to bring the latest series of Top Gear to India. Audiences are going love the new trio taking control of the wheel and taking the series to another level. Expect plenty of thrills, spills and laughs.”

Top Gear season 27 is expected to premiere in March-April on Colors Infinity in India.