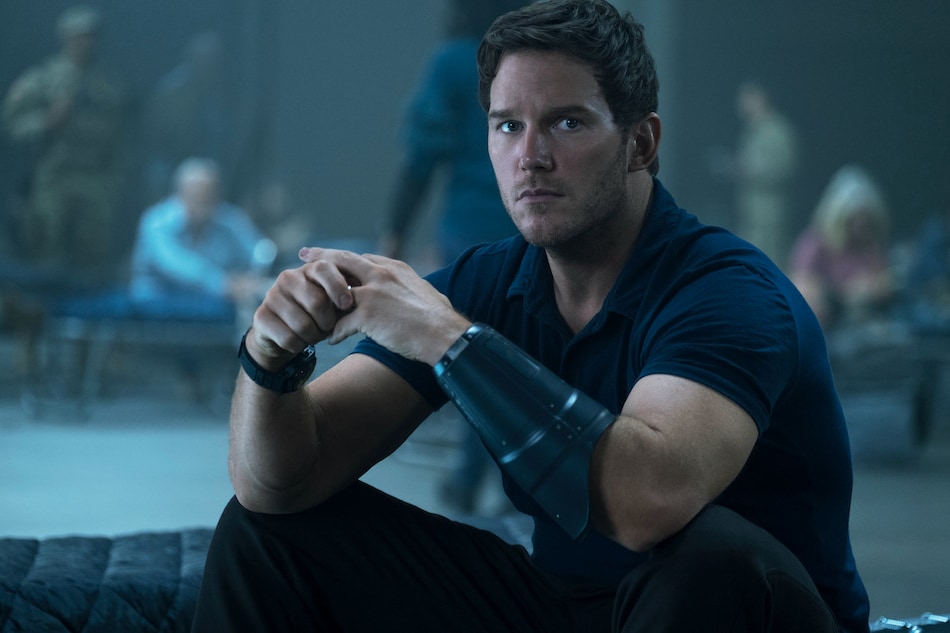 Chris Pratt in The Tomorrow War

The Tomorrow War trailer has blasted in — from the past. Amazon Prime Video has unveiled a two-and-a-half-minute trailer for the Chris Pratt-led sci-fi action film that finds soldiers from the past time travelling into the future to help lend a hand to the losing (human) side, who are unable to stymie an alien invasion by themselves. The Lego Batman Movie director Chris McKay is at the helm of The Tomorrow War, that was reportedly sold to Amazon for $200 million (roughly Rs. 1,486 crores), with the e-commerce giant setting a July 2 release date on Prime Video.

Dan (Pratt) and his family — Betty Gilpin plays his partner Emmy — are watching the 2022 FIFA World Cup Qatar final on TV when the football match is interrupted by the arrival of soldiers out of a futuristic portal. One of them announces: “We're fighting a war 30 years in the future. Our enemy is not human. We need you to fight.” Dan — a veteran who now works as a teacher — is drafted into the war. He assures his daughter he will return and tells Emmy that they will be taken care of if something happens to him. “If something happens to you? 70 percent of draftees do not return,” Emmy says.

Fitted with a device that allows for time travel, Dan and hundreds of others — including an amateur played by Sam Richardson — are pulled into the future, just as a woman announces that in 11 months' time, all humans will be “wiped from the face of the Earth.” Among the soldiers there's Vicki (Yvonne Strahovski), who echoes those exact words in a different shot: “This is the end. The human species will disappear from the face of the Earth. We are literally living on borrowed time.” Deep into the trailer, Dan also reveals that there's a way to stop this war from ever happening.

For a movie about fighting an alien species, it's curious how little we see of them in The Tomorrow War trailer. And though there's enough action and gunfire to go around, there seems to be a dourness to the film, especially in Pratt's dialogue delivery. Sure, there are some attempts at humour but none of them worked for me. Maybe that explains why Paramount Pictures — the film's original producer and distributor — was happy to sell The Tomorrow War to Prime Video for $200 million, making it Amazon's most expensive movie acquisition to date. Hopefully, the film is better than the trailer.

The Tomorrow War is out July 2 — in time for the US Independence Day — on Amazon Prime Video worldwide.