Tom & Jerry Release Date in India Set for February 19, a Week Before the US 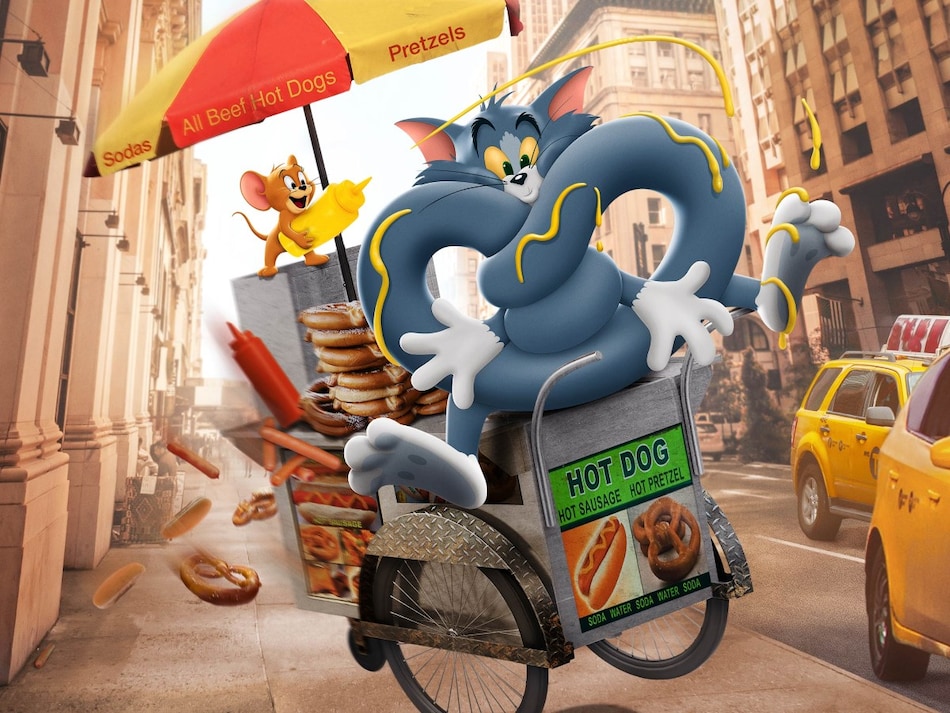 Tom and Jerry in a poster for Tom & Jerry

Tom & Jerry will now release February 19 in cinemas in India, a full week earlier than originally announced. Warner Bros. India revealed the new release date on Thursday via its social media channels. That puts the Indian release date a week prior to the US, where Tom & Jerry releases February 26 on (US-exclusive streaming service) HBO Max and in cinemas. In India, the hybrid live-action/ animated Tom and Jerry movie will be available in English (the original language), in addition to three local-language dubs: Hindi, Tamil, and Telugu.

The 42 Most Anticipated Movies of 2021, Including Tom & Jerry

However, India won't be the first market to catch the big-screen return of the iconic cat and mouse duo. Tom & Jerry premieres February 10 in Netherlands, followed by Brazil and Singapore on February 11. India is among the next wave of markets on February 19, alongside Iceland and Lithuania. Russia and Slovakia will follow on February 25, before Tom & Jerry arrives in the US on February 26. Argentina, Czechia, Croatia, and Portugal follow on March 4, with Spain and France release set for March 5. In the UK, Ireland, and Japan, Tom & Jerry is due March 19.

Of course, whether any of this goes according to plan depends on how the COVID-19 situation fares locally. For instance, around 65 percent of theatres remain closed in the US (including the major metropolitan hubs of New York and Los Angeles). Theatres are indefinitely shut across the UK where a third stringent nationwide lockdown is in effect. That is also the case in France, at least until the end of January. In Spain, cinemas are operating at 30–50 percent capacity. But while Americans have the option to watch Tom & Jerry at home (on HBO Max), others do not.

Chloë Grace Moretz (Kick-Ass) is the human lead as event planner Kayla opposite Tom and Jerry in the new movie, alongside the likes of Michael Peña (Ant-Man and the Wasp) the hotel's deputy general manager Terrance, Rob Delaney (Catastrophe) as the hotel manager Mr. DuBros, Ken Jeong (Community) as the hotel chef Jackie, Colin Jost (Saturday Night Live) as wedding groom Ben, and Pallavi Sharda (Besharam) as the bride Preeta.

William Hanna, Mel Blanc, and June Foray provide vocal effects for Tom and Jerry through archival audio recordings. Hanna is the co-creator of Tom and Jerry along with Joseph Barbera. Tim Story (Ride Along) is directing Tom & Jerry off a script by Kevin Costello (Brigsby Bear). Tom & Jerry is a production of Warner Animation Group, Turner Entertainment Company, and The Story Company.

Watch the First Trailer for the Tom & Jerry Movie

Here's the official synopsis of Tom & Jerry, from Warner Bros.:

One of the most beloved rivalries in history is reignited when Jerry moves into New York City's finest hotel on the eve of “the wedding of the century,” forcing the event's desperate planner to hire Tom to get rid of him, in director Tim Story's “Tom & Jerry.” The ensuing cat and mouse battle threatens to destroy her career, the wedding and possibly the hotel itself. But soon, an even bigger problem arises: a diabolically ambitious staffer conspiring against all three of them. An eye-popping blend of classic animation and live action, Tom and Jerry's new big-screen adventure stakes new ground for the iconic characters and forces them to do the unthinkable… work together to save the day.

Tom & Jerry is out February 19 in India in English, Hindi, Tamil, and Telugu.

Samsung Galaxy SmartTag, Galaxy SmartTag+ Trackers Launched - Help You Find Lost Things
PlayStation 5 Won’t Be Available for Pre-Orders in India for a Second Round Ahead of February 2 Sale