The Witcher Season 2 to Resume Production in August, Netflix Says

The coronavirus pandemic had brought filming to a halt in March. 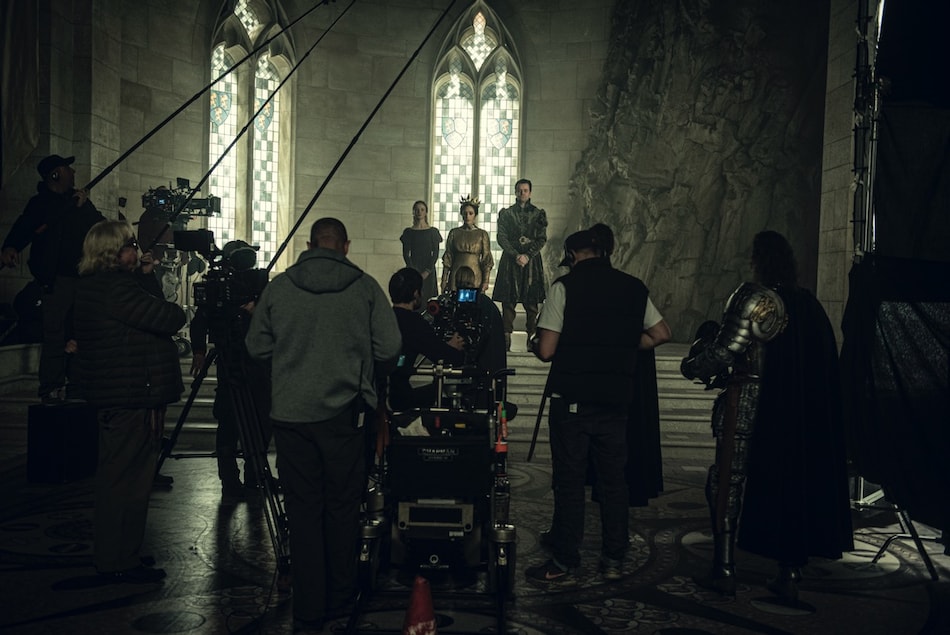 Filming on The Witcher set

The Witcher season 2 will resume filming August 17 in the UK, Netflix has announced, after a five-month break. As with most other productions, the Henry Cavill-starrer fantasy series had been forced to hit the pause button in March after the ongoing coronavirus pandemic reached the British Isles. The Witcher is filmed at Arborfield Studios, Wokingham, 65 kilometres west of central London.

Netflix made the announcement on Monday in the style of a song by Jaskier the bard (Joey Batey). The official tweet reads: “I'm dusting off my lute and quill, / I have some news, some mead to spill: /After all the months we've been apart / It's time for production to restart. / The Witcher and his bard – who's flawless, / Will reunite on set 17 August.”

A deep-clean of The Witcher set had been conducted in March after season 2 cast member Kristofer Hivju revealed he had contracted the coronavirus. Hivju had fully recovered by mid-April.

The Witcher joins a few major productions that are preparing to resume filming in the coming months. Jurassic World: Dominion will be the first to do so in July in the UK, while WandaVision reportedly does so in the same month over in Los Angeles. Mission: Impossible 7 has also been confirmed for a September restart in Italy.

Netflix renewed its live-action adaptation of The Witcher for a second season five weeks before its première in December to middling reviews. The Witcher ended up becoming one of Netflix's most popular series though, with 76 million members tuning in the first four weeks of release.

The Witcher season 2 is expected to release in 2021. Creator and showrunner Lauren Schmidt Hissrich has a seven-season plan in mind for The Witcher.