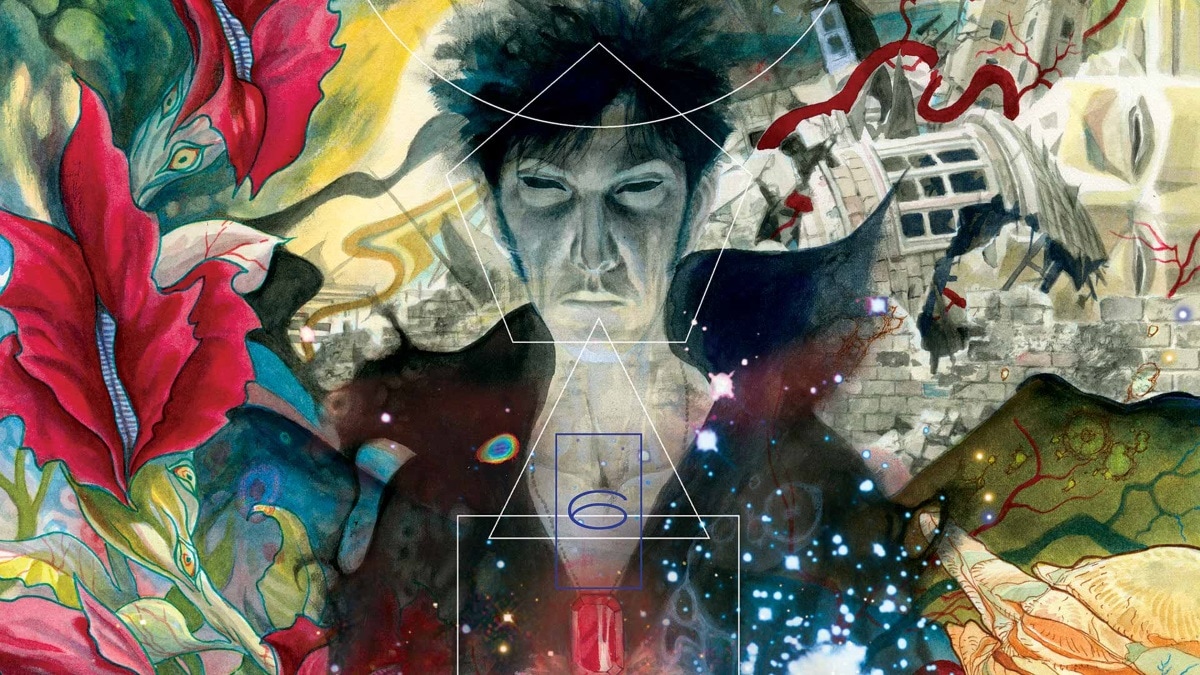 Netflix and Warner Bros. Television have officially announced a series adaptation of Neil Gaiman's critically-acclaimed comic book series The Sandman, with Allan Heinberg (Wonder Woman) set as showrunner. He will also executive produce alongside Gaiman and David S. Goyer (Man of Steel), with the three co-writing the first episode. The Sandman TV show has been given been a 10-episode order, with an option for an additional one. It will allegedly be the most expensive TV series for its producing entity DC Entertainment, responsible for the Arrowverse series such as The Flash and Supergirl, in addition to the likes of Krypton, Titans, and the upcoming Watchmen.

“We're thrilled to partner with the brilliant team that is Neil Gaiman, David S. Goyer and Allan Heinberg to finally bring Neil's iconic comic book series, The Sandman, to life onscreen,” Netflix's VP of of original series Channing Dungey said in a prepared statement. “From its rich characters and storylines to its intricately built-out worlds, we're excited to create an epic original series that dives deep into this multi-layered universe beloved by fans around the world.”

In an accompanying official synopsis, Netflix described The Sandman series as “a rich blend of modern myth and dark fantasy in which contemporary fiction, historical drama and legend are seamlessly interwoven. [It] follows the people and places affected by Morpheus, the Dream King, as he mends the cosmic — and human — mistakes he's made during his vast existence.”

The Hollywood Reporter was the first to report on the new development on Sunday, noting that Warner Bros. Television had been shopping The Sandman around as a potential series to networks in a bid to get additional revenue, in lieu of placing it on its parent company WarnerMedia's in-the-works streaming service. Warner-owned HBO apparently turned down the offer, and Netflix ultimately signed on, confirming the deal on Monday. Both Gaiman and Goyer have been involved with The Sandman adaptation before Netflix came on board.

That's because this is far from the first time someone is going to attempt an adaptation of The Sandman. Warner Bros. started development on a film during the late 1990s, with writer Roger Avary (Pulp Fiction) involved in the early going. With scripts not anywhere near Gaiman's satisfaction, the project ended up in development hell. In 2007, Gaiman stated he would be happy to let Terry Gilliam take a shot, but the Brazil and Twelve Monkeys director never expressed public interest.

In 2010, DC Entertainment shifted focus to a TV series for The Sandman, with the likes of James Mangold (Logan) and Supernatural creator Eric Kripke in discussions at different times. But the TV adaptation was then put on hold after Goyer began developing a new film version with Gaiman, and Joseph Gordon-Levitt attached to star. But after twice changing screenwriters and still no closer to production, Gordon-Levitt dropped out, citing creative disagreements.

Arrival writer Eric Heisserer was the last person attached to adapt The Sandman, and though he turned in a draft version of the script in late 2016, he then left the project telling Warner Bros. executives that Gaiman's expansive comic book ought to be an HBO series instead. And that's the (sort of) direction it's now headed in, fortunately.

First published in 1989, the original Sandman series ran for 75 issues until 1996. Several additions and spin-offs, some written by Gaiman, have been published between 1993 and 2015.