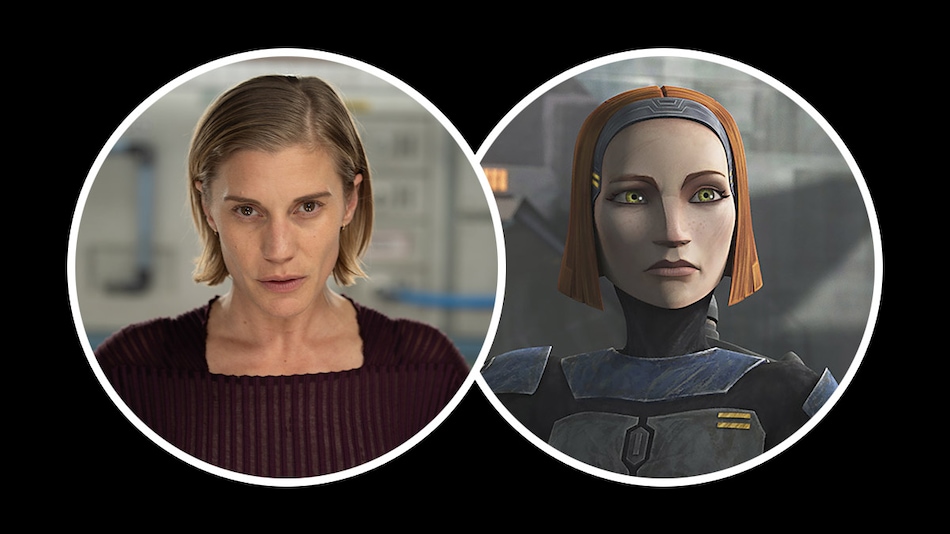 Bo-Katan was originally part of the terrorist group Death Watch, which overthrew the pacifist regime of Bo-Katan's sister, Duchess Satine Kryze, on the planet Mandalore — repeatedly shown in The Mandalorian season 1 — with the help of Sith Lord Darth Maul and Death Watch leader Pre Vizsla. (Trivia: Vizsla was voiced by The Mandalorian creator Jon Favreau.) But after Maul knocked off Vizsla and installed a puppet leader, Bo-Katan sought the help of the Jedi and the Galactic Republic to regain control of Mandalore. This led to a civil war.

Less than a year late, the Republic laid siege to Mandalore and drove out Maul. Bo-Katan became Regent of Mandalore, but then lost her position after Emperor Palpatine demolished the Republic and assumed his authoritarian position. This led to a second civil war on Mandalore, and Bo-Katan then came into possession of the Darksaber. Bo-Katan's life is not known after this moment, except that she lost the Darksaber during the Great Purge, when most of the Mandalorians were killed, as referenced in The Mandalorian season 1. This might be explored in season 2, with this new casting.

The Mandalorian season 2 arrives in October on Disney+ Hotstar.