Matthew Vaughn returns as director on this prequel to his previous two Kingsman movies. 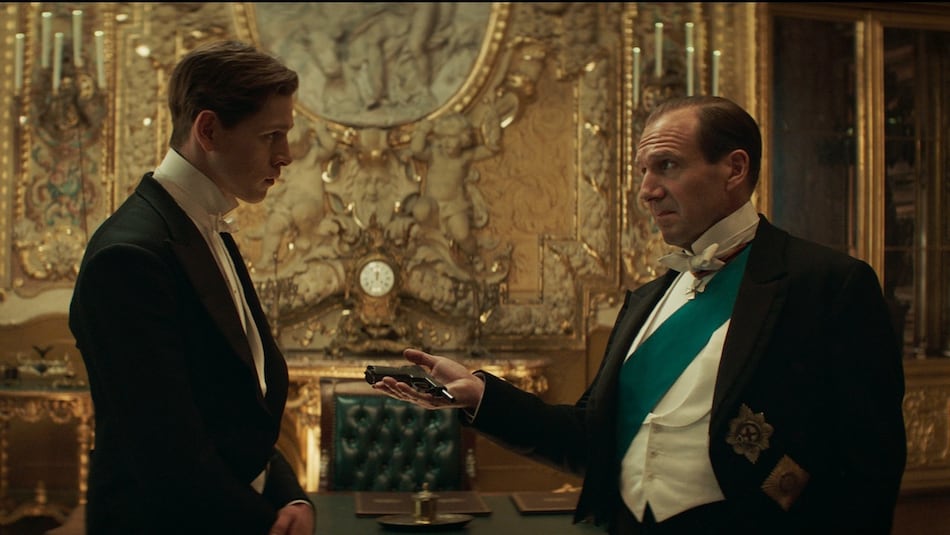 A new trailer for The King's Man has arrived. Late on Sunday, Disney-owned 20th Century Studios unveiled a third and (possibly) final trailer for The King's Man, the period prequel to the Kingsman series, which serves as an origin story for the titular fictitious intelligence agency, Kingsman, that has featured in the two previous films. The King's Man trailer posits World War I as a conspiracy devised by an evil circle of influential men that's merely in it for the financial gain. Enter the “first independent intelligence agency”, led by the Duke of Oxford (Ralph Fiennes, from Schindler's List).

“Refined but brutal, civilised but merciless,” the Duke says of their newfound organisation, as we see them train in close-quarters combat. That includes Gemma Arterton (Hansel & Gretel: Witch Hunters), Harris Dickinson (Beach Rats), and Djimon Hounsou (Guardians of the Galaxy). The Kingsman are up against several historical figures, including the Russian mystic Grigori Rasputin (Rhys Ifans, from Notting Hill), the British, German, and Russian kings George V, Wilhelm II, and Nicholas II (Tom Hollander, from The Night Manager), and Russian prince Felix Yusupov (Daniel Brühl, from Rush).

In addition to Fiennes, Arterton, Dickinson, Hounsou, Ifans, Hollander, and Yusupov, The King's Man also stars Matthew Goode (A Discovery of Witches), Charles Dance (Game of Thrones), Aaron Taylor-Johnson (Kick-Ass), Stanley Tucci (The Lovely Bones), Joel Basman (The Awakening of Motti Wolkenbruch), Alison Steadman (Gavin and Stacey), Robert Aramayo (Amazon's The Lord of the Rings), and Alexandra Maria Lara (Downfall). Behind the scenes, The King's Man is directed by Matthew Vaughn off a script by Vaughn and Karl Gajdusek (Stranger Things), based on the comic book “The Secret Service” by Mark Millar and Dave Gibbons.

Here's the official synopsis for The King's Man, from Disney and 20th Century Studios:

“As a collection of history's worst tyrants and criminal masterminds gather to plot a war to wipe out millions, one man must race against time to stop them. Discover the origins of the very first independent intelligence agency in The King's Man.”

The King's Man has a September 18 release date in the US, though the trailer for Indian audiences simply says “coming soon”, given the ongoing coronavirus pandemic.