With three episodes upfront, and more to come weekly. 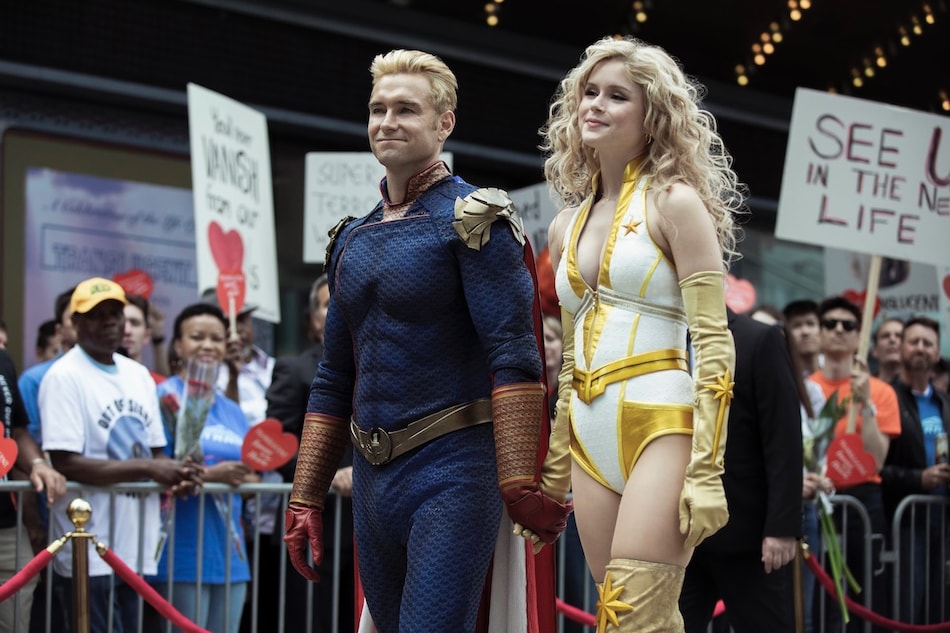 Antony Starr as Homelander, Erin Moriarty as Starlight in The Boys season 2

The Boys season 2 has arrived. The first three episodes of Amazon's anti-superhero show are now available on Prime Video in India and around the world. Though there are no local language dubs, you can watch The Boys season 2 with Hindi, Tamil, and Telugu subtitles. Following the events of season 1, The Boys — that's Billy Butcher (Karl Urban) and his crew — are at the centre of a nationwide manhunt, with The Seven's Homelander (Antony Starr) making matters worse. But the supes have concerns of their own, thanks to the entrance of new supe Stormfront (Aya Cash).

From The Boys to Enola Holmes, What to Watch in September

Early reviews for The Boys season 2 are largely positive. At the time of writing, on reviews aggregator Rotten Tomatoes, The Boys season 2 is “certified fresh” with a 98 percent “fresh” rating and an average review score of 8.32 out of 10, based on the opinions of 47 critics.

Here's the official synopsis for The Boys season 2, from Prime Video:

“In a more intense, more desperate season 2 of The Boys, Butcher, Hughie and the team reel from their losses in Season 1. On the run from the law, they struggle to fight back against the Superheroes. As Vought, the company that manages the heroes, cashes in on the panic over the threat of Supervillains, and a new hero, Stormfront, shakes up the company and challenges an already unstable Homelander.”

In addition to Urban as Butcher, Starr as Homelander, and Cash as Stormfront, The Boys season 2 also stars Jack Quaid as Hughie Campbell, Laz Alonso as Marvin “Mother's Milk” Milk, Tomer Capon as Frenchie, Karen Fukuhara as Kimiko, who are all part of “The Boys”. Over in the superhero department, we've Erin Moriarty as Annie “Starlight” January, Dominique McElligott as Queen Maeve, Jessie T. Usher as A-Train, Chace Crawford as the Deep, and Nathan Mitchell as Black Noir. Colby Minifie plays Starlight's agent Ashley Barrett.

The Boys season 2 is now streaming on Amazon Prime Video worldwide. New episodes will debut every Friday, until October 9.

Amazon has already renewed The Boys for a third season, with Supernatural star Jensen Ackles set to join the show.