The Batman: Andy Serkis, Colin Farrell Said to Be in Casting Talks to Play Alfred Pennyworth, The Penguin 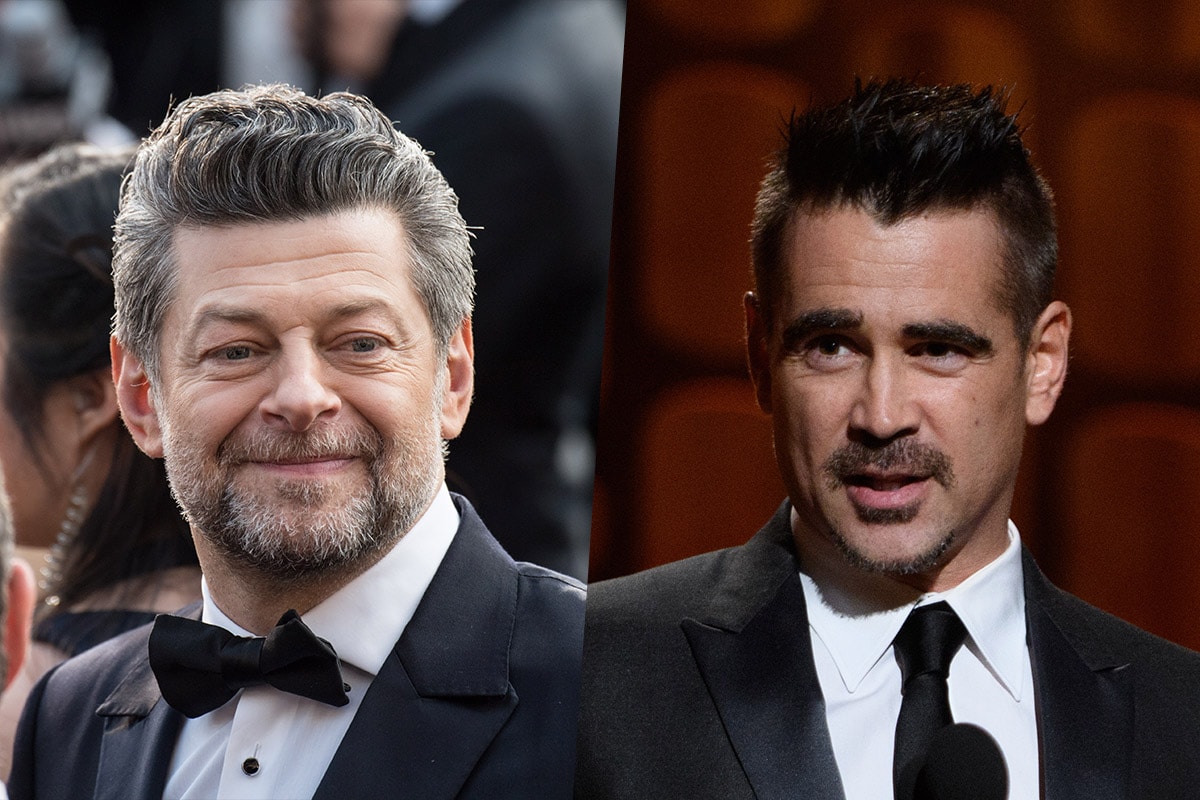 Andy Serkis at the 2018 Oscars, Colin Farrell at the 2017 Governors Awards

Andy Serkis and Colin Farrell are in talks to star in The Batman — the Robert Pattinson-led reboot from War for the Planet of the Apes writer-director Matt Reeves that's not part of the DC film universe — per multiple new reports. Serkis is in talks to play Alfred Pennyworth, butler, legal guardian, and surrogate father figure to Bruce Wayne. Meanwhile, Farrell is being eyed for the role of the Penguin / Oswald Cobblepot, one of the “rogues gallery” of villains that Reeves has planned for The Batman, in addition to Zoë Kravitz as Catwoman / Selina Kyle, and Paul Dano as the Riddler / Edward Nygma, who were reportedly cast in October.

The Wrap and Deadline were the first to bring respective word of Serkis and Farrell's potential casting in The Batman. A person familiar with the matter told The Wrap about the talks with Serkis. Deadline claimed Farrell's Penguin would “round out the trio of villains”, though Reeves has never said so in the past. Variety confirmed both discussions from its sources shortly after. If Serkis and Farrell are finalised, they will join The Batman cast that currently includes the aforementioned Pattinson as the title character, Kravitz as Catwoman, Dano as the Riddler, and Jeffrey Wright as Commissioner Gordon.

Alfred has been a constant fixture of Batman productions, with the likes of William Austin, Alan Napier, Michael Gough, Michael Caine, Jeremy Irons, and Douglas Hodge having taken on the role on the big screen. Austin played him in 1943's Batman. Napier did so in 1966's Batman based on the TV series. Gough took on the role in in 1989's Batman, 1992's Batman Returns, 1995's Batman Forever, and 1997's Batman & Robin. Caine was involved in 2005's Batman Begins, 2008's The Dark Knight, and 2012's The Dark Knight Rises. Irons was part of 2016's Batman v Superman: Dawn of Justice, and 2017's Justice League. Hodge filled in in 2019's Joker.

As for the Penguin, Burgess Meredith reprise his role in 1966's Batman based on the TV series. Danny DeVito portrayed the villain in 1992's Batman Returns. The Penguin was referenced in 2017's Justice League.

Serkis has previously worked with Reeves on two Planet of the Apes movies in 2014 and 2017. Outside of that, he's best known for his motion capture performances in 2001-03's The Lord of the Rings film series, 2005's King Kong, 2012's The Hobbit: An Unexpected Journey, the first two films of the Star Wars sequel trilogy in 2015 and 2017, and 2018's Mowgli: Legend of the Jungle, which he also directed. His other roles include two Marvel Cinematic Universe movies: 2015's Avengers: Age of Ultron, and 2018's Black Panther. Serkis will next direct Venom 2.

The Batman releases June 25, 2021 in cinemas in India and elsewhere. Production is expected to start in January 2020 in London, per one report, while another says it could begin in late 2019.