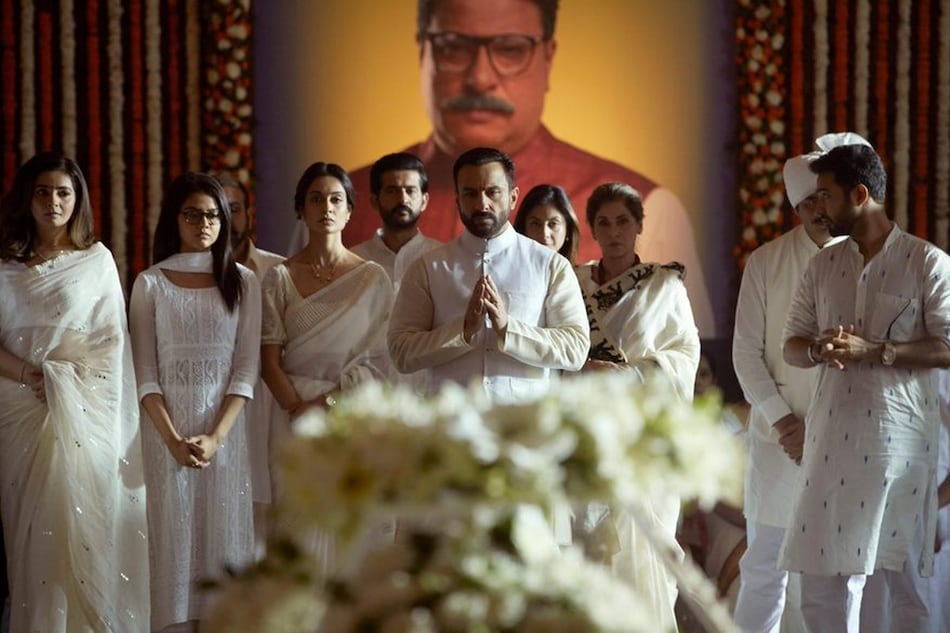 The Supreme Court on Wednesday postponed for Thursday hearing an appeal of the commercial head of Amazon Prime Video Aparna Purohit, against the Allahabad High Court order that denied anticipatory bail to her, in the ongoing investigation against the web series 'Tandav'.

A Bench headed by Justice Ashok Bhushan said it will hear the appeal of Purohit on Thursday.

The High Court on February 25 declined to give protection from arrest to Purohit by dismissing the anticipatory bail application of her.

The Uttar Pradesh Police had filed an FIR against the top Amazon Prime executive for the derogatory depiction of Hindu deities and promoting religious enmity through the series.

The High Court in its order has noted that "such people make the revered figures of the religion of majority community source of earning money in a most brazen manner taking benefit of the liberal and tolerant tradition of the country."

Making strong observations while rejecting Purohit's anticipatory bail plea in a case filed against her in Noida, Justice Siddharth said, "The conduct of the applicant shows that she has scant respect for the law of the land and her conduct further disentitles her to any relief from this court."

Earlier on January 27, the Supreme Court had refused to grant interim protection from arrest to actor and makers of web series Tandav and allowed them to approach High Courts for relief from arrest or quashing of FIRs.

Justice Ashok Bhushan while denying to grant interim protection from arrest, however, had agreed to hear the issue of transferring and clubbing several FIRs registered against them across the country and issued notice to complainants on the prayer.

Tandav actor Mohammad Zeeshan Ayyub, Purohit, and the makers had approached the top court seeking protection from arrest on the FIRs registered against them for allegedly hurting religious sentiments and telecasting objectionable content.

The petitions filed in January had requested the top court that criminal proceedings initiated against them for offences including hurting religious sentiments be quashed or alternatively club all the seven FIRs registered in different states and transfer them to a court in Mumbai.

Three FIRs were registered in Uttar Pradesh's Lucknow, Noida, and Shahjahanpur. Two FIRs were lodged in Madhya Pradesh while one FIR each was lodged in Karnataka and Bihar. Apart from the FIRs, at least three other criminal complaints are pending in Maharashtra, Delhi and Chandigarh respectively.

FIRs were registered for the alleged inappropriate depiction of Uttar Pradesh Police personnel, deities and adverse portrayal of a character playing the role of prime minister in the show.

FIRs mentions that the show portrayed the Hindu deity, Shiva, in "a poor light" as the actor playing him on-screen was shown using foul language.