From Vomiting to Guns, Taj Mahal 1989 Cast Delve Into Their Favourite Scenes of Netflix Series

“We were afraid if I’d even be alive [because of] how much I’m puking,” Anud Singh Dhaka said. 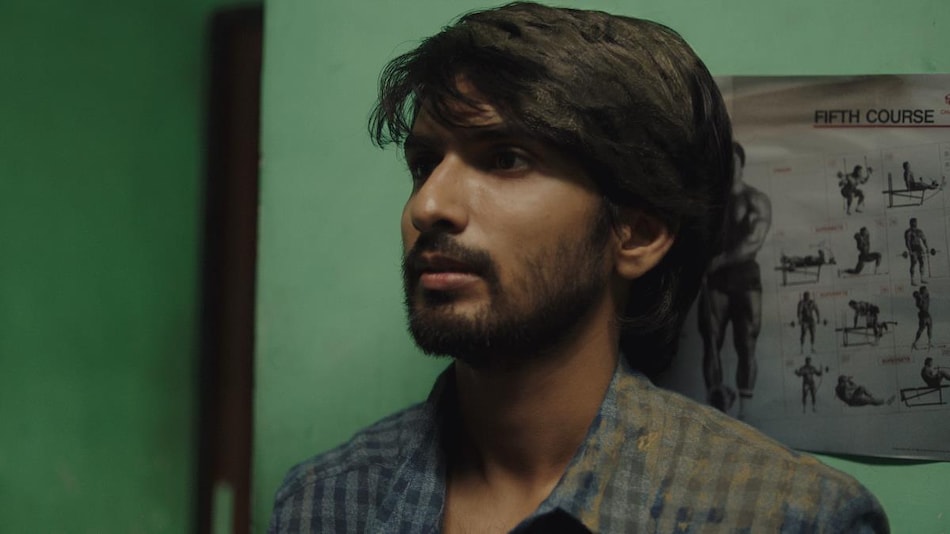 Set in the city of Lucknow in the eponymous year, Taj Mahal 1989 — Netflix's latest series from India — is about the intersecting love lives of couples of varying ages. As such, it involves an ensemble cast that features the likes of Neeraj Kabi (Talvar), Anud Singh Dhaka (Super 30) and Paras Priyadarshan (Haseena Parkar). Speaking to Gadgets 360 on Wednesday, they talked about their characters and their favourite scenes. In their own words, Kabi plays Akhtar, a philosophy professor who loves nothing more than Urdu poetry, Dhaka's Angad is a student of philosophy because he wants to understand life better, and Priyadarshan's Dharam is a good guy who goes bad, like Walter White from Breaking Bad. As for the latter, they brought up anecdotes from their time on set, which included being sick and toying with guns and blanks.

“It's a very intense scene [because] there's this debate competition that is happening,” Dhaka explained. “There's energy, wittiness, charm and we are barrelling each other. And I wasn't well that day. So, the minute they call cut, I would go down to my vanity van, puke my brains out and gather myself up again. Whatever shots we took, I'd go puke, shoot, puke, shoot. We were afraid if I'd even be alive [because of] how much I'm puking [and] I hadn't been eating as well. Like now you don't care whether I was sick or not. I've to look the same, I have to act with the same energy. That was one of those challenging days which I think will forever stay with me,” he laughs and adds: “It was a good day, it was a good day.”

For Priyadarshan, his favourite scene in Taj Mahal 1989 involved him wielding a gun and wearing a helmet to protect his head: “I have the gun in my hand and I'm going like Rajnikanth, I'm just playing with the gun, this and that. And [the director] Pushpendra [Nath Misra] sees me. He calls me and he goes, ‘Paras, don't play around with the gun, you know what happened once with Bruce Lee's son.' So I'm like, ‘No.' So he's like, 'Bruce Lee's son was shooting, and this other actor, he had a gun in his hand and he was just playing with it and he accidentally fires a blank round, and that blank round killed him.' Yeah, that's how he died.”

Priyadarshan doesn't fully remember the incident, which involved a mix of dummy cartridges and blanks, but you get the gist. The lesson is simple: never play with weapons.

That leaves Kabi, whose favourite scene is a long take involving Geetanjali Kulkarni (Gullak), who plays his wife Sarita on Taj Mahal 1989, and him. The scene was much talked about on sets, with Dhaka and Priyadarshan hearing about it from Misra. In it, Kabi and Kulkarni's characters begin an argument that moves through three rooms in their house, with their respective tempers rising as the scene goes on. Here's Kabi, describing the scene as they enter the third and final room.

“I'm fuming, absolutely fuming, I'm on fire that time,” Kabi added. “I pick up the phone and I turn into a monster literally, calling up my father-in-law and speaking very rudely. No son-in-law should ever do this. I talk to him and I slam the phone down. And these are like long lines, it's just going on and on and on, those passages. And then [Kulkarni] comes in, she can't believe this is the man she's gotten married to. She can't believe this is a Lucknow University professor of philosophy, who she thinks must be a criminal. He must be hung right now. And then she cries because she can't say anything. What will she say to a man who's lost it totally?”

Akhil Arora Email Akhil
Akhil Arora covers entertainment for Gadgets 360, interviewing stars such as Christian Bale and Anurag Kashyap, covering series premieres, product and service launches across the globe, and looking at American blockbusters and Indian dramas from a global socio-political and feminist perspective. As a Rotten Tomatoes-certified film critic, Akhil has reviewed over 150 movies and TV shows in over half a decade at Gadgets 360. When he is not completely caught up with new film and TV releases, Akhil ...More
Android 11 Developer Preview Site Briefly Goes Live, Gets Quickly Pulled by Google