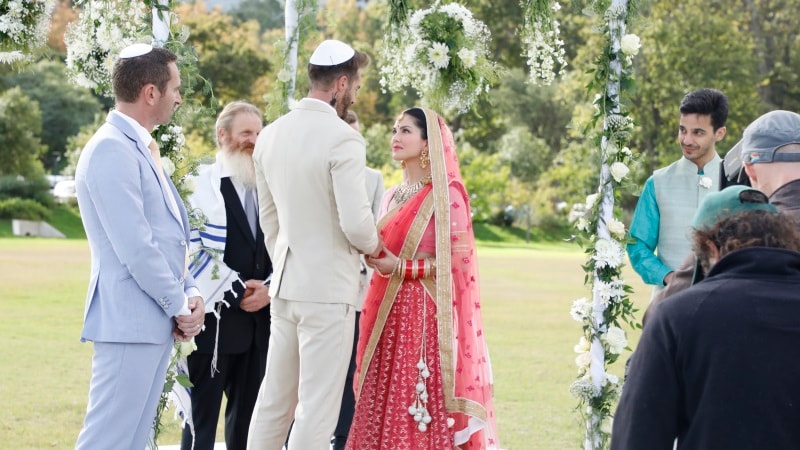 ZEE5 has set an April 5, 2019 release date for the third and final season of its tentpole property, Karenjit Kaur – The Untold Story of Sunny Leone, it revealed in a new trailer on Wednesday. A biopic of the pornstar-turned-actor, the show stars Leone as herself, alongside South African model Marc Buckner as her future husband Daniel Weber, and Bijay J. Anand (Dil Hi Toh Hai) and Grusha Kapoor (Siya Ke Ram) as her parents. Karenjit Kaur – The Untold Story of Sunny Leone season 3 will cover the remaining years of her life, including the ones spent in India.

“Our past decides our future,” Leone says in a voice-over in the new Karenjit Kaur season 3 trailer. It then shows her meeting and getting married to Weber, finding out her father has cancer, and participating in one of the biggest reality series, Bigg Boss, which catapulted her into Bollywood. Unfortunately, all the show's previous faults — campiness, terrible scripting and acting, and self-glorification among others — are present in abundance in the new trailer as well, which suggests that the final season looks set to be panned by critics as well.

Directed by Aditya Datt (Aashiq Banaya Aapne), Karenjit Kaur – The Untold Story of Sunny Leone season 3 is being dubbed as the “season finale” by ZEE5, but the network likely means “final season”, since a ‘season finale' refers to the final episode of a season. ZEE5 hasn't revealed the count of episodes for the third and final season of the show. There were 10 episodes in the first season, and six in the second. In addition to the original English and Hindi-language version, Karenjit Kaur – The Untold Story of Sunny Leone is also available in Bengali, Hindi-only, Kannada, Marathi, Malayalam, Tamil, and Telugu.

Back in February, ZEE5 had announced 72 new originals on its first anniversary, including Karenjit Kaur season 3, Rangbaaz season 2, Arjun Rampal-starrer The Final Call, The Sholay Girl, Maanvi Gagroo-starrer film 377: Ab Normal, and Arbaaz Khan-starrer Poison among others. ZEE5 is also running a 30-percent anniversary offer on its annual subscriptions — all access at Rs. 999 and regional at Rs. 499 — until March 31.