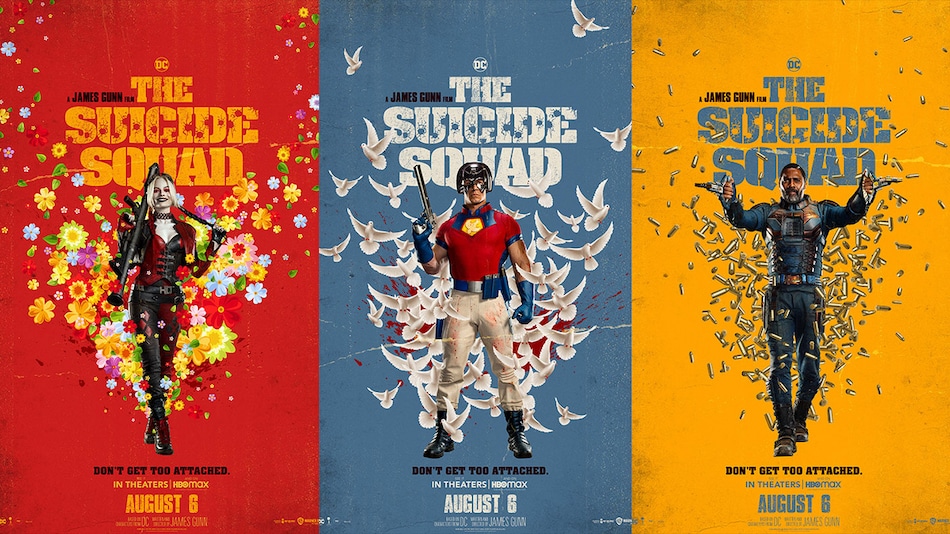 The Suicide Squad has been directed by James Gunn

The Suicide Squad will release September 24 on Apple TV, BookMyShow Stream, Google Play Movies, and YouTube Movies. The DC movie released in theatres on August 5 in India and several other regions including Argentina, Australia, Brazil, Denmark, Germany, Hong Kong, and more. On August 6 it became available to HBO Max users along with its US theatre release. The Suicide Squad is now heading to video-on-demand (VoD) platforms and will make its way to Blu-Ray next, followed by streaming on Amazon Prime Video.

Movie-lovers interested in watching The Suicide Squad on the big screen can still do so as it is playing in select theatres. But if you'd rather avoid venturing out of your home and still want to find out how the soft reboot fairs against the widely disliked 2016 Suicide Squad (Review) (26 percent Rotten Tomatoes, 40 percent Metacritic), September 24 will be the day for you. This will also give people who live in areas where movie theatres are still closed due to the COVID-19 pandemic to watch The Suicide Squad (Review) from the leisure of their homes.

The Suicide Squad will be available to stream on Apple TV, BookMyShow Stream, Google Play Movies, and YouTube Movies. Of course, you will have to pay to watch the movie and the prices will vary depending on the platform.

Directed by James Gunn, The Suicide Squad is somewhat of a soft reboot of the original Suicide Squad from 2016 and brings back a few actors as well, along with introducing new ones. Margot Robbie reprises her role of Harley Quinn, Joel Kinnaman returns as Rick Flag, Jai Courtney is back as Captain Boomerang, and Viola Davis as Amanda Walker. Part-time professional wrestler and actor John Cena joins the cast as Peacemaker and Idris Elba as Bloodsport. King Shark, a man-eating fish-human hybrid has been voiced by Sylvester Stallone and Peter Capaldi plays the supervillain The Thinker.

Since its release, the ‘R' rated The Suicide Squad has made $155,379,000 (roughly Rs. 1,134 crores) worldwide as per Box Office Mojo. However, its budget was $185,000,000 (roughly Rs. 1,350 crores), which means there's still quite a ways to go for Warner Bros.. The movie will head to BluRay next after which it will be available to stream on Prime Video thanks to its deal with Warner Bros. India. In the US, it has been available to stream on HBO Max since the release and should be streaming till September 5.

As for the timeline for when it can be expected to hit streaming services which will effectively be the last step in its release cycle, it's a bit hard to tell. Wonder Woman 1984 arrived on Prime Video about five months after its theatrical release. Tenet took about three months. So, considering those timelines, The Suicide Squad could be available for steaming somewhere between three and five months.

The Suicide Squad is out September 24 on Apple TV, BookMyShow Stream, Google Play Movies, and YouTube Movies. It will cost between Rs. 500 - 920, depending on the platform and whether you rent or buy.

Editor's note (15/09): A previous version of this story said The Suicide Squad would be available September 16 on demand in India. On September 15, Gadgets 360 learnt that it had been delayed eight days to September 24. We have updated the story to reflect that.