Sandwiched by Mortal Kombat and The Conjuring: The Devil Made Me Do It. 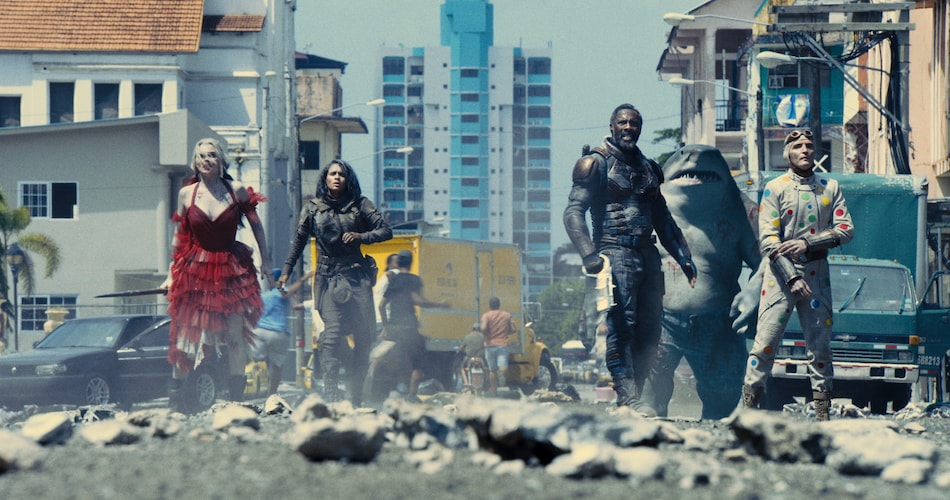 The Suicide Squad will release in Indian cinemas on Thursday, August 5 — the same day as its release in American cinemas and a day ahead of its digital premiere on HBO Max in the US — Warner Bros. India has announced. Additionally, Mortal Kombat will release (or re-release, depending on where you live) this Friday, July 30 in India, nearly four months on from its global debut. The Suicide Squad and Mortal Kombat will be followed by The Conjuring: The Devil Made Me Do It on Friday, August 13, which arrives in Indian cinemas nearly two months on from its release in the US.

Several states are now allowing cinemas to reopen nationwide, with Delhi being the latest on Monday, following Andhra Pradesh, Gujarat, Haryana, Karnataka, Madhya Pradesh, Rajasthan, and Telangana. The two major exceptions are Maharashtra and Tamil Nadu, and the former accounts for the highest number of screens in India — which is perhaps why Bollywood has yet to formally announce any titles, though the Independence Day weekend in August is expected to kick start business. INOX told Gadgets 360 it expects to have a third of its screens in operation by July 30.

Get Ready To Experience your Favourite Movies on the Big Screen!#MortalKombatMovie releases in Cinemas on 30th July.#TheSuicideSquad by James Gunn will release on 5th August, along with the U.S.#TheConjuring :The Devil Made me Do it will release on 13th August. pic.twitter.com/EETOcLIDT7

Hollywood is taking the cue here ahead of Bollywood here, with Warner Bros. joining Universal Pictures that announced earlier in July that it would drop the $600 million (about  Rs. 4,625 crores) grossing Fast & Furious 9 on Thursday, August 5 — that is now at the same release date as with The Suicide Squad. That's owing to the fact that the theatrical situation has normalised in the US, with studios starting to roll out content either only in theatres (F9, and A Quiet Place Part II) or going day-and-date in cinemas and on streaming services (Black Widow, and every Warner title).

The latter strategy has already cut into the India box office potential for Warner Bros., with high-quality pirated copies of Mortal Kombat and The Conjuring: The Devil Made Me Do It available on torrent sites for months now. In fact, Mortal Kombat is already on video-on-demand in India too. No wonder then that the studio is eager to get The Suicide Squad out on time, with the DC title garnering more interest naturally. Unlike most other Hollywood studios, Warner has shown itself ready to adapt too — albeit belatedly — with Angelian Jolie-led Those Who Wish Me Dead and the critically-acclaimed musical In the Heights both going direct to video-on-demand.

Mortal Kombat is out Friday, July 30 in India, followed by The Suicide Squad on Thursday, August 5, and The Conjuring: The Devil Made Me Do It on Friday, August 13.