Hopper will have a rebirth in Stranger Things 4, à la Gandalf in The Lord of the Rings. 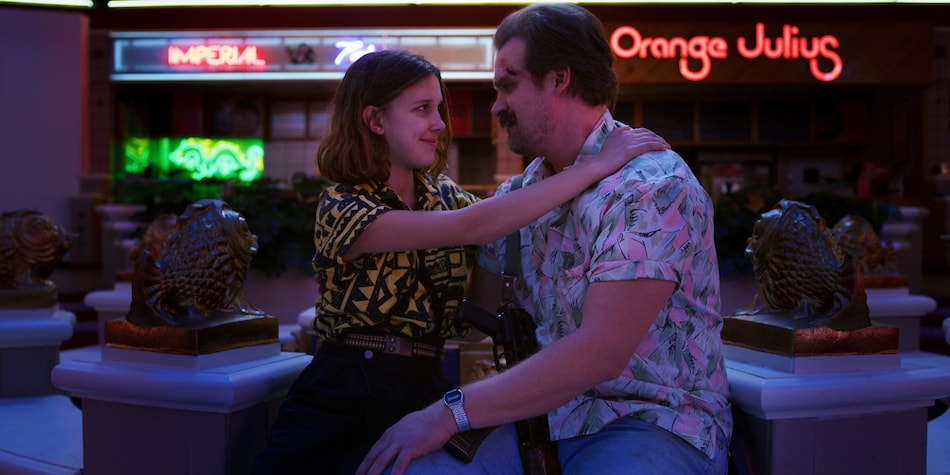 Stranger Things season 4 will set up the beloved Netflix series for a “clear, clean, specific and definite ending”, star David Harbour — he plays Hawkins Police Department chief and Eleven's adopted father Jim Hopper — has teased in a new interview. Harbour also teased a rebirth of sorts for Hopper, in the manner of Gandalf's resurrection from The Lord of the Rings, noting that Hopper is at his “purest” and “most vulnerable” in season 4. Harbour also hyped up Stranger Things 4, describing it as a “big, beautiful season” that is bigger in scope. It's also his favourite season of the bunch so far, Harbour added.

Speaking with Collider during promotions for Black Widow, Harbour said: “[Stranger Things season 4 is] bigger, that's the first thing. In scope, in scale, even in the idea that we're not in Hawkins anymore. Locale-wise, we're bigger. We're introducing new stuff, but we're also tightening and wrapping up in a certain direction. To make it have a clear, clean, specific, and definite ending at some point, which I can't really talk about.”

At one point, Stranger Things creators, the Duffer Brothers, had planned to wrap up the Netflix series in four seasons. But then last year, they said: “Season 4 won't be the end. We know what the end is, and we know when it is. [The pandemic] has given us time to look ahead, figure out what is best for the show. Starting to fill that out gave us a better idea of how long we need to tell that story.”

"[Stranger Things 4] is really my favourite season,” Harbour added later. “I just love it. The scripts always get better. [The Duffer Brothers], they started out, and season 1 is so tight and good and intimate in a certain way. And these guys go in different directions, of which the fans have multiple takes on, but I will say, the writing continues to be of its particular, specific genre. Whatever they're doing, each season is just extraordinary. And this [time] again, we top it. Like I feel, it's a big, beautiful season. I can't wait for people to see it.”

Harbour's words echo what we've heard from other members of the Stranger Things squad. Finn Wolfhard, who plays Mike Wheeler, has described season 4 as the “darkest season there's ever been. Every year, it gets amped up. Every year it gets funnier and darker and sadder, and everything.” Executive producer Shawn Levy noted that the COVID-19 delays allowed the creators to finish writing all episodes before they began filming and, as a result, the “quality of these screenplays are exceptional, maybe better than ever.”

As for his character Hopper, Harbour said: “[In season 4,] he's at his purest, he's at his most vulnerable, in a sense. He's been in this Russian prison, so we get to reinvent him in a sense. He gets to have a rebirth from what he had become. We'd always sort of planned this almost resurrection of, you have ‘Gandalf dies, Gandalf the Grey re-emerge,' and I'm really interested in this resurgence of him. We get to explore a lot of threads in his life that have merely been hinted at, that we get to see a lot more of. And there's some real surprises that you know nothing about that will start to come out in this and play big as the series goes on.”