Along with teases for all nine short films in anime anthology Star Wars series. 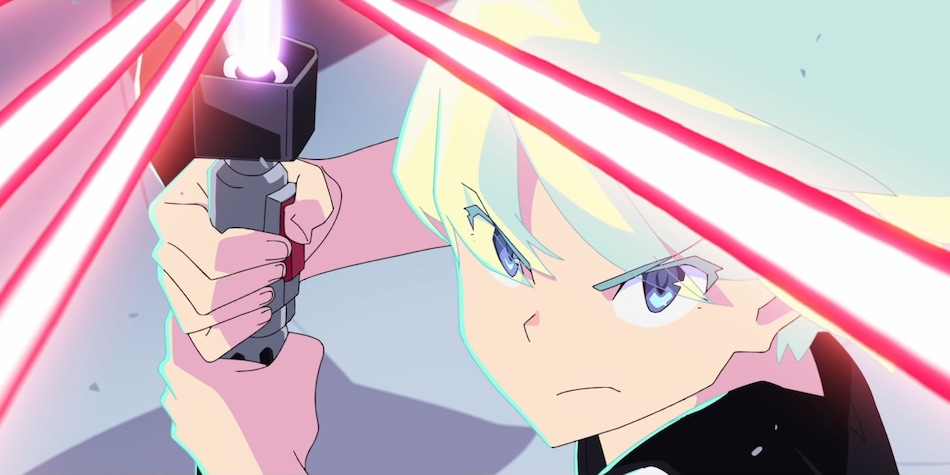 Star Wars: Visions will release September 22 on Disney+ and Disney+ Hotstar, Disney-owned Lucasfilm announced at Anime Expo Lite on Sunday, along with a three-minute sneak peek. There will be a total of nine short films in the anthology animated series Star Wars: Visions, which will feature a fallen Jedi, a princess, Japanese iconography, a “Star Wars rock opera”, a droid who wishes to be a Jedi, and Luke and Leia-type twins born to the dark side of the Force among others. Given Star Wars was inspired in part by Japanese samurai movies, it's only fitting that Star Wars: Visions is finally embracing a Japanese form too.

Here's the full list of the nine Star Wars: Visions short films and the studios behind them:

The largely black-and-white “The Duel” will star Samurai-esque Jedi and Sith, in addition to an astromech droid with a straw hat. Star Wars: Visions executive producer James Waugh said: “The thing [director Takanobu Mizuno] was really clear on was that he just wanted this to be a love letter to Star Wars. The core theme of this short ends up being such a Star Wars story.”

“The Village Bride” is about a fallen Jedi, but “not in a way you'd expect.” It's told through the eyes of a bride on her wedding day eve, as she must make an unexpected choice to save her people. Star Wars: Visions producer Kanako Shirasaki said: “It's poetic, meditative, and romantically bittersweet. [‘The Village Bride'] also approaches the Force in a really unique and surprising way, too.”

Space bunny-person Lop leads “Lop and Ochō”, who is described as cute, expressive, and “completely unwavering in her devotion to good and family and loyalty” by Star Wars: Visions executive producer Jacqui Lopez. “Lop and Ochō”'s design style centres on the contrast between “natural beauty and encroaching industrialisation.”

“The Ninth Jedi” is the fusion of two shorts previously imagined: one where the daughter of a lightsabersmith seeks out the Jedi who have fallen into legend, and another where eight warriors discover that they might be Force sensitive. Production IG are also behind Ghost in the Shell and Kill Bill's anime scene. “The Ninth Jedi”'s score was recorded at Muza Kawasaki Symphony Hall in Kawasaki.

With “Tatooine Rhapsody”, Star Wars embraces Chibi art style as it chronicles a band's journey. Boba Fett and Jabba the Hutt will feature. Star Wars: Visions executive producer Josh Rimes said: “It's a Star Wars rock opera. We took a chance and they just blew us away with the style and the characters and the tone, and really the heart of what is best in Star Wars about found family and the dream.”

Say hello to new dark side-twins in “The Twins” that aims to subvert the idea of Luke and Leia, and showcases “how far the brother will go to save his sister,” Star Wars: Visions co-executive producer Justin Leach said. The twins have their own special co-joined Star Destroyer.

And that leaves “The Elder”, which pays homage to a “classic Star Wars master and Padawan relationship,” Shirasaki added. “You'll also find the dual meaning of the title after you watch the short.”

“We really wanted to give these creators a wide creative berth to explore all the imaginative potential of the Star Wars galaxy through the unique lens of anime,” Waugh said at Anime Expo Lite. “We realised we wanted these to be as authentic as possible to the studios and creators who are making them, made through their unique process, in a medium they're such experts at. So, the idea was, this is their vision riffing off all the elements of the Star Wars galaxy that inspired them — hopefully to make a really incredible anthology series, unlike anything we've seen before in the Star Wars galaxy.”