But still no word on when we might see it. 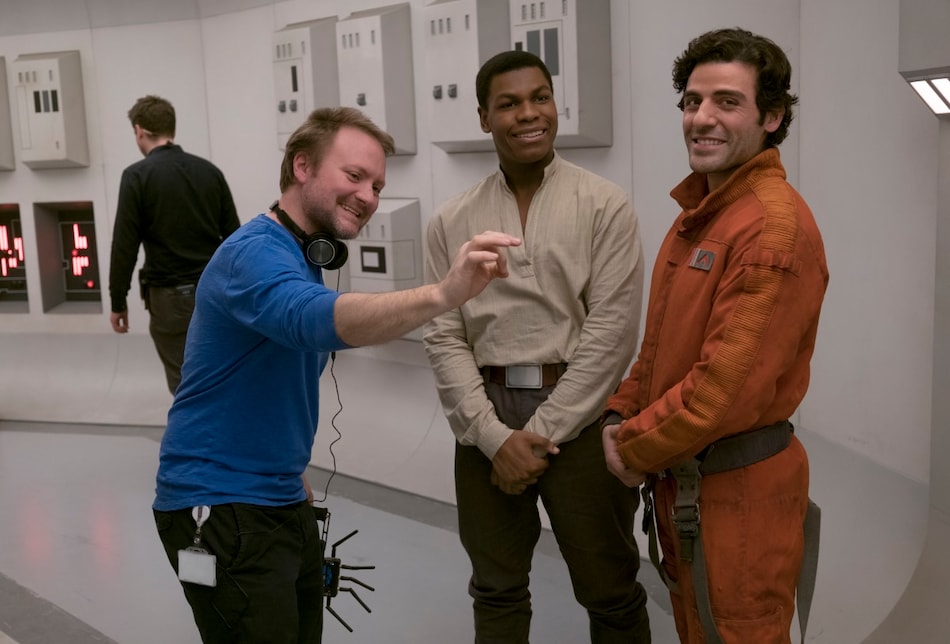 Rian Johnson, John Boyega, and Oscar Isaac on the sets of Star Wars: The Last Jedi

Star Wars: The Last Jedi writer-director Rian Johnson was handed the reins to an all-new Star Wars trilogy in November 2017, several weeks prior to the release of The Last Jedi. That showed the confidence Lucasfilm had in Johnson to chart the future of Star Wars on the big screen. But there's been virtually no news in the three years since, to the point that fans have been wondering if Johnson's trilogy had quietly been scrapped. But a new report says that Johnson's Star Wars trilogy is “happening”, but there is still no rough timeline as he's busy with other non-Star Wars projects.

Author Sariah Wilson had a virtual chat with Johnson on Tuesday, and in a tweet later she said: “Yes, Rian's SW trilogy is still on. No dates or timelines because he has other projects going on, but it is happening. [emphasis hers] THAT IS ALL I KNOW ABOUT IT.” The full interview has yet to be released, though it seems there isn't more to that answer given what Wilson said on Twitter.

Yes, Rian's SW trilogy is still on. No dates or timelines because he has other projects going on, but it is happening.

Still, it serves to confirm that Lucasfilm hasn't done away with Johnson's Star Wars trilogy, even though all signs pointed to that. Not only have we not gotten any developments since the announcement, Lucasfilm president Kathleen Kennedy made no mention of it either during Disney's big presentation back in December — where Kennedy name-checked Thor: Ragnarok director Taika Waititi's foray into the Star Wars universe, and announced Rogue Squadron, the next Star Wars movie from Wonder Woman 1984 director Patty Jenkins for December 2023.

This means Johnson's Star Wars trilogy won't kick off before December 2025 at the earliest, as that is currently the next official slot for a big-screen Star Wars adventure announced by Disney. Of course, Waititi's Star Wars film could take that place too, in which case Johnson's trilogy might see itself pushed to December 2027. If that happens, it would mean a decade-long gap between the trilogy's announcement and its premiere. And there's also that Star Wars movie idea from Marvel chief Kevin Feige. For what it's worth, Disney and Lucasfilm could decide to change the release schedule altogether and slot in more Star Wars films.

But that depends on Johnson's workload, and he seems to be in no rush right now. Of the “other projects” that Wilson noted, the only one we know about is Knives Out 2, the sequel to the 2019 critically acclaimed murder mystery film. Johnson is also an executive producer on Netflix's The Three-Body Problem series.