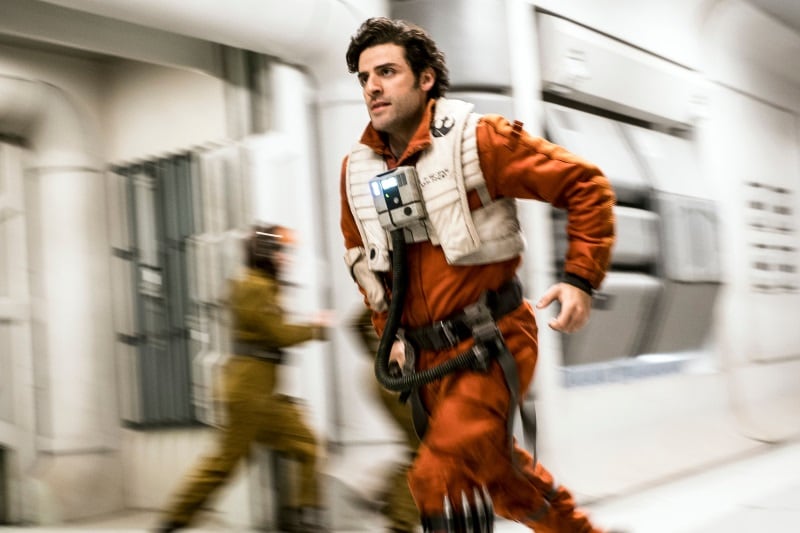 Star Wars star Oscar Isaac is reportedly in talks to join the Dune reboot as Duke Leto I Atreides, the father to the central character Paul Atreides, who is being played by Timothée Chalamet (Call Me by Your Name). Isaac is the fourth addition to the cast of director Denis Villeneuve's (Blade Runner 2049) adaptation of Frank Herbert's 1965 epic sci-fi novel in January, following Dave Bautista (Guardians of the Galaxy), Stellan Skarsgård (Good Will Hunting), and Charlotte Rampling (45 Years). They join Rebecca Ferguson (Mission: Impossible – Fallout) who was cast last year as Lady Jessica, Paul's mother.

Variety brings word of the new development, with its sources claiming that Isaac is “in negotiations to join” the Dune reboot. The age difference between Isaac and Chalamet is 16 years, which is a shade better than the case with Chalamet and Ferguson, just 12 years. The latter is particularly symptomatic of the treatment of women in the entertainment industry. It will work out for Dune though, as Paul is 15 years old in the first book, which suggests that the 23-year-old Chalamet will be playing a character younger than his years. Unless the script makes any tweaks.

Legendary Pictures, the studio that acquired film and TV rights to Herbert's novels, is interested in turning Dune into a new sci-fi franchise. The creators have plenty of written material to work with, thanks to Frank and his son, Brian. While the father wrote six Dune novels during his time, the son has co-authored 13 more since. Leto is a secondary character in the original Dune, but the main character in the Prelude to Dune trilogy, published 1999-2001. Legendary will need a new actor by then if the film series goes on for long enough.

Villeneuve seem to have finalised much of his principal cast, which is necessary given Dune starts filming in spring 2019 in Budapest and Jordan. The protected wilderness Wadi Rum in southern Jordan will likely be one of the filming locations, given the main setting for Dune is the desert planet of Arrakis, which is highly coveted for being the only source of a drug called melange — usually known as “the spice” in the book — the most valuable substance in Dune's fictional universe.

The Atreides noble family once ruled the planet, but it's taken over by Baron Vladimir Harkonnen (Skarsgård), who asks the violent, sadistic, and brutish Glossu Rabban (Bautista) to rule Arrakis. After being forced to escape into the desert, Paul tries to wrest back control of Arrakis with the help of its nomadic tribes. Villeneuve wrote the script with Eric Roth (Forrest Gump, Munich) and Jon Spaihts (Doctor Strange, Prometheus), and is also producing with Mary Parent (Godzilla, Pacific Rim) and Cale Boyter (Detective Pikachu, Pacific Rim: Uprising).

Isaac is best known for playing Poe Dameron in the Star Wars universe, a role he will reprise later this year in Star Wars: Episode IX. In 2019, he will also be seen in the Netflix action thriller Triple Frontier opposite Ben Affleck (Justice League) and Pedro Pascal (Game of Thrones), and is a part of the voice cast for the animated feature The Addams Family, alongside Charlize Theron (Mad Max: Fury Road), Chloë Grace Moretz (Kick-Ass), Finn Wolfhard (Stranger Things), and Elsie Fisher (Eighth Grade).