Abrams went for it “a bit more”, while Ridley had fun with dark Rey. 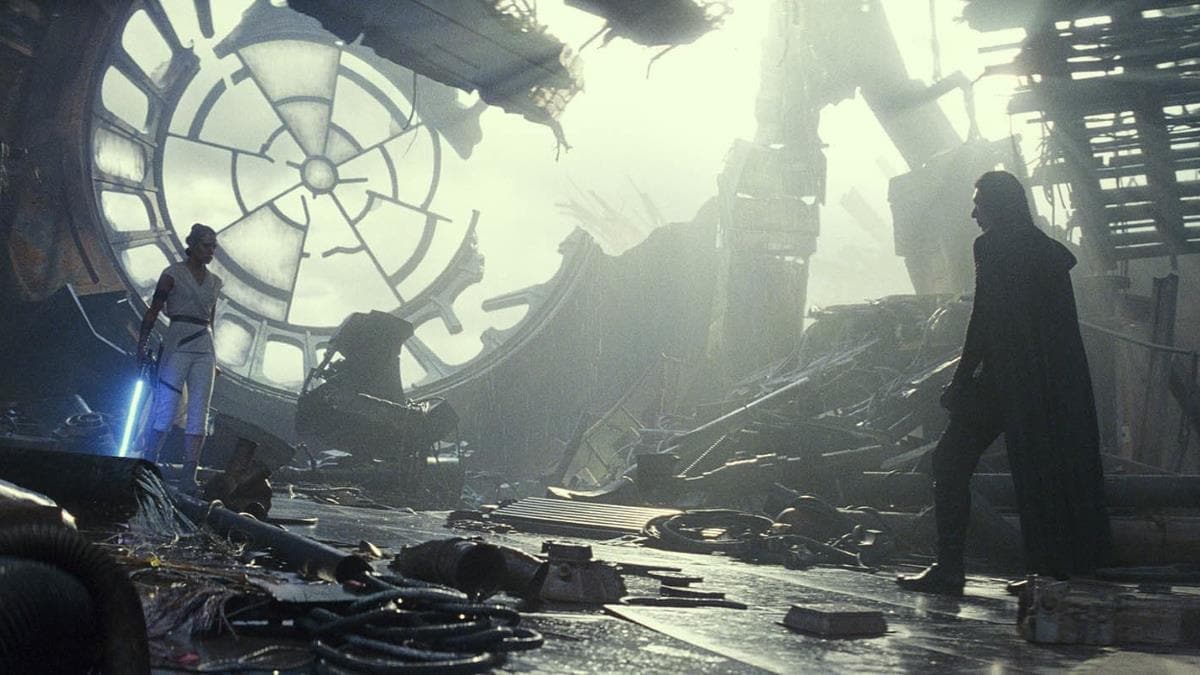 Star Wars: Episode IX – The Rise of Skywalker director J.J. Abrams has credited Star Wars: Episode VIII – The Last Jedi writer-director Rian Johnson for pushing him to be bolder on the upcoming concluding chapter to the Skywalker saga. Abrams also noted that he was “freer” in his approach to The Rise of Skywalker than the opening chapter of the Star Wars sequel trilogy, Episode VII – The Force Awakens, which he also directed. That's only natural, considering Abrams had to rekindle Star Wars with The Force Awakens, which partly made him play safe, as he admits he “found [himself] wanting to do something that felt more consistent with the original trilogy than not.”

“On [The Rise of Skywalker], I let myself be, at least in the way I was approaching the thing, freer,” Abrams told British magazine Total Film (via GamesRadar). “In Episode VII, I was adhering to a kind of approach that felt right for Star Wars in my head. It was about finding a visual language, like shooting on locations and doing practical things as much as possible. And we continue that in Episode IX, but I also found myself doing things that I'm not sure I would have been as daring to do on Episode VII.”

“Rian [Johnson] helped remind me that that's why we're on these movies — not to just do something that you've seen before,” Abrams added. “I won't say that I felt constrained or limited on [Episode VII], but I found myself wanting to do something that felt more consistent with the original trilogy than not. And on [Episode IX], I found myself feeling like I'm just gonna go for it a bit more.”

“The ending of this trilogy of trilogies is a tricky thing,” Abrams added, as he discussed the “mind-boggling challenges” presented by The Rise of Skywalker. “This movie has to work on its own. It's got to have its own beginning, middle, and end. It can't make the mistake of a lot of sequels, where you just assume a character is beloved, where the movie suffers because the character is suddenly lacking. We can't assume anyone cares.”

Daisy Ridley — who plays Rey in the Star Wars sequel trilogy — also spoke to Total Film about the tease of her character's dark side, which has been dubbed “Darth Rey”: “It's f---ing awesome. I already had an amazing emotional story. But, when [Darth Rey] was pitched, I was like, ‘That sounds amazing.' It's fun to do something a bit different. […] [It's fun] because you get to do all of the human emotions rather than just, 'I am all baddie. I am all goodie.' With the dark Rey stuff, who knows what's happening there. But that, in particular, was fun. Because even though I'm exploring the light and dark of Rey, there's a different vibe, she still looks like Rey."

“The whole of Star Wars is about good and evil,” Ridley added, when asked if Rey's arc in The Rise of Skywalker is shocking. “With every character, you see some struggle. So, in a way, no. Because it's the most human thing to see someone struggle with two things within them that are pulling them both ways. If you understand why someone is going on the journey, you will be on the journey regardless. So, hopefully, you're shocked in a fun way, but you're also emotionally with her.”

Star Wars: The Rise of Skywalker releases December 20 in cinemas in India and elsewhere. The full story is available in the new issue of Total Film, out November 15.