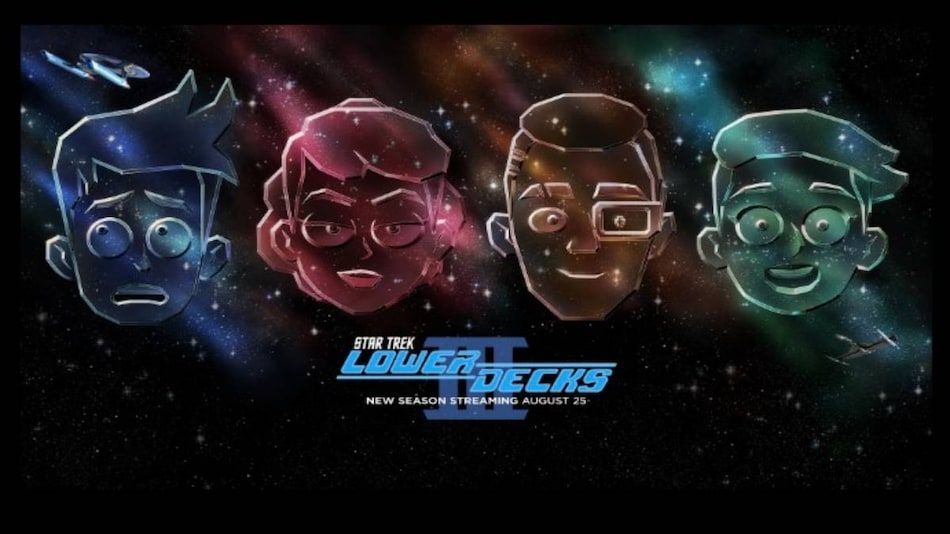 The cast and creators of the Paramount+ Star Trek series unveiled a trailer and character portrait teasing the third season of its original animated comedy series.

All new assets from the series were revealed during a panel at Comic-Con's Hall H, featuring its Emmy-winning creator Mike McMahan (Rick and Morty) and more.

Star Trek: Lower Decks follows the support crew serving on one of Starfleet's least important ships, the U.S.S. Cerritos, as they look to keep up with their duties, often while the ship is being rocked by a multitude of sci-fi anomalies.

The show's third season promises to challenge the U.S.S. Cerritos ensigns in hilarious ways they could never imagine, starting with a shocking resolution for season 2's epic cliff-hanger finale.

Creator-showrunner McMahan is an executive producer alongside Secret Hideout's Alex Kurtzman, Heather Kadin and Aaron Baiers (who brought him to the project), Roddenberry Entertainment's Rod Roddenberry and Trevor Roth, and Katie Krentz for 219 Productions.

The Star Trek: Lower Decks series streams exclusively on Paramount+ in the US and Latin America, and is distributed concurrently by Paramount Global Content Distribution on Amazon Prime Video in Australia, New Zealand, Europe, Japan, India, and elsewhere.

It airs in Canada on Bell Media's CTV Sci-Fi Channel and also streams on Crave.

Bitcoin Falls Below $22,000 While Ether Continues to Surge in Value Over the Weekend
Captain America: New World Order Announced With May 2024 Release Date