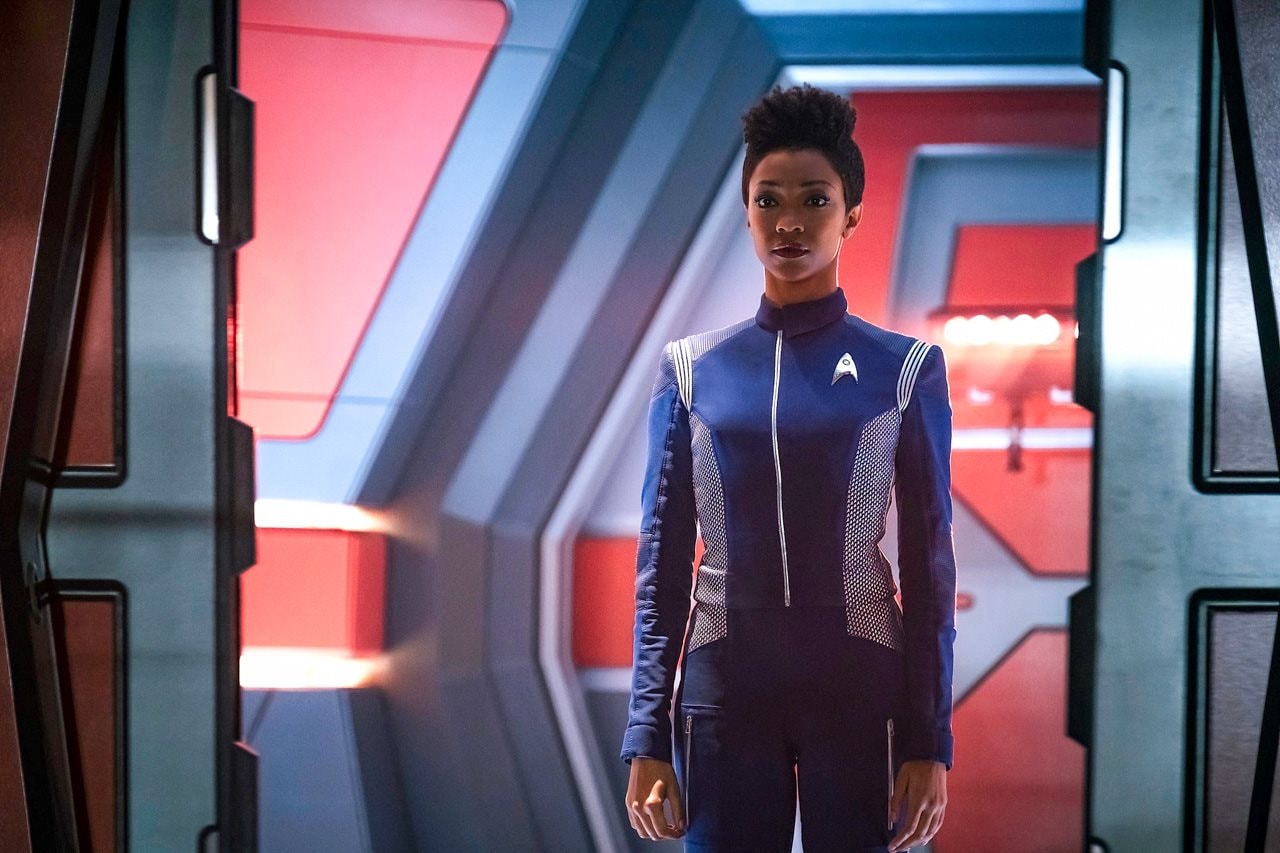 At its San Diego Comic-Con 2018 panel, the cast and crew of Star Trek: Discovery unveiled the first trailer of its upcoming second season, giving us a look at what's in store when the sci-fi series returns early 2019.

The first Star Trek: Discovery season 2 trailer picks up where season 1 left off, with the USS Discovery answering the distress call of the USS Enterprise. It introduces Anson Mount's Captain Christopher Pike – Kirk's predecessor – in the flesh, who takes control of Discovery citing a new threat in the galaxy: a series of "red bursts" scattered across 30,000 light years.

The Discovery crew then sets off on their new adventure, which means a montage of action sequences with a sprinkling of awkward humour and Sylvia Tilly (Mary Wiseman) shouting: "This is the power of math, people!" It also introduces guest star Tig Notaro, who will appear as chief engineer Reno, and a new Starfleet officer named Linus, a Saurian.

The trailer also hits on a subplot of Michael Burnham (Sonequa Martin-Green) coming to the aid of her foster brother Spock, after realising that he is "linked to these signals". Spock will be part of Discovery season 2, showrunner Alex Kurtzman confirmed at Comic-Con, though he was a lot more coy on how Discovery will tie into Trek canon: "You will get those answers next season, guaranteed. You're just not going to get them the way you expect them."

Kurtzman also revealed that four short films (or mini-episodes, if you prefer) running 10-15 minutes long called "Short Treks" would be released later this year, featuring Tilly, Saru (Doug Jones) and Harry Mudd (Rainn Wilson). Wilson Cruz, whose character medical officer Hugh Culber was killed off in the first season, said he would "be back, but I won't be telling you how yet".

Star Trek: Discovery season 2 will premiere early 2019 on Netflix around the world and CBS All Access in the US.