Star Trek: Discovery Trailer Is Here to Remind Us the Show's Still on Its Way 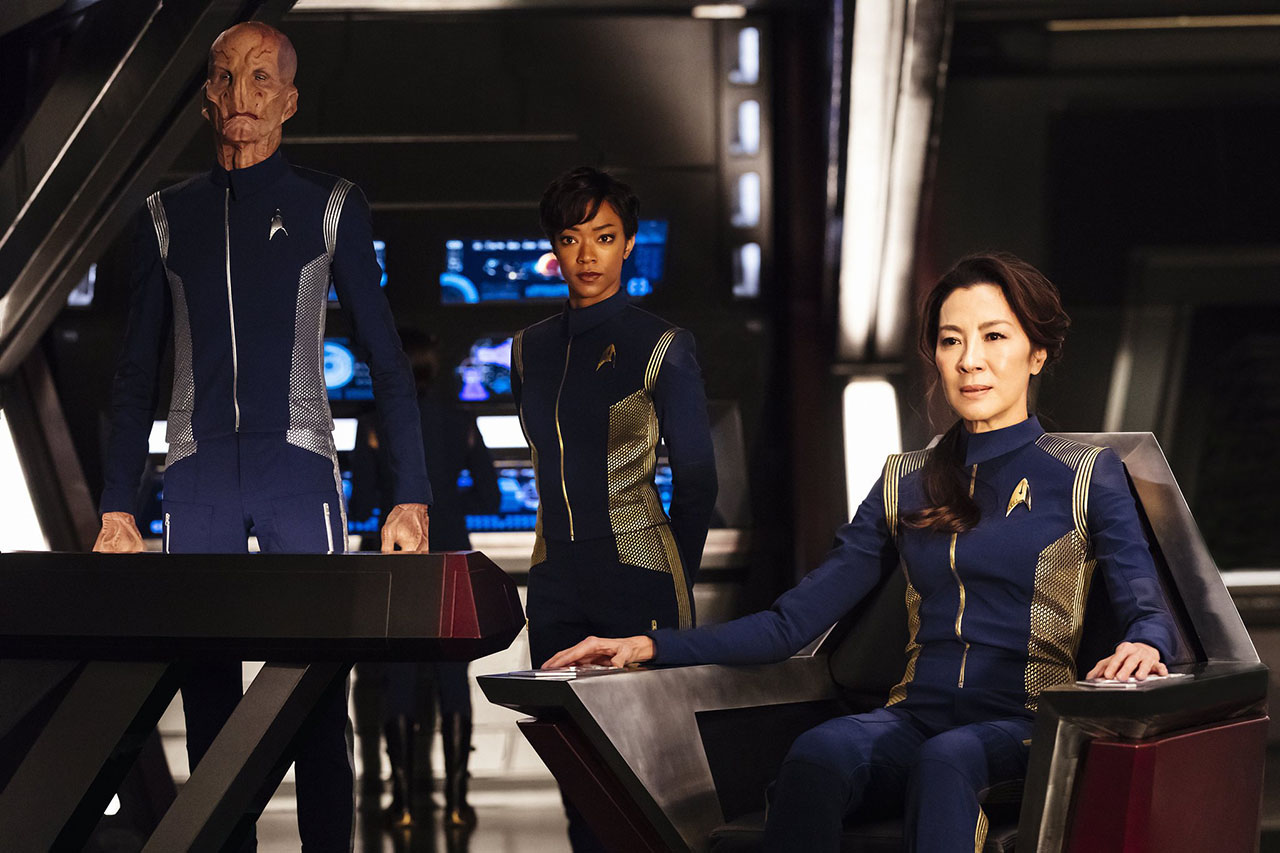 The first trailer for Star Trek: Discovery, the much-delayed TV series set in the Trek universe, has arrived. It shows exactly what you’d expect – new characters, new spaceship, Klingons, and some action – and it takes place ten years before Captain Kirk and Spock embarked on the Enterprise.

Since the show is being produced by CBS, but will be aired in a partnership with Netflix around the world, there are two, slightly different versions of the trailer. One of them is hosted on the official Star Trek YouTube channel (region-locked to US), and also available via Twitter. The other, available via Netflix, has a slightly different tone, with a sombre song in the background.

The crux remains the same, though: it introduces Sonequa Martin-Green as First Officer Michael Burnham, and Michelle Yeoh as Captain Philippa Georgiou, who are walking across a desert. In the US version, Georgiou speaks about Burnham’s long service, and that she deserves her own command. Then, the two jump to the USS Discovery.

The trailer then lays out the conflicts. Burnham is a human who was raised by Vulcans, but is told by Spock’s father Sarek (James Frain), that she will never learn Vulcan. Frain isn’t the only one who’s playing a younger version of a character seen in the original Star Trek series (Mark Lenard was the actor). Discovery will also see the return of Roger C. Carmel’s Harry Mudd, who will be portrayed by Rainn Wilson.

Elsewhere, the Discovery crew comes across an object of unknown origin, and encounters the Klingons. The show does seem to be going for a more action-heavy Starfleet, rather than the explorer-image cultivated by the 1966 original that started it all. Discovery is coming to TV in an age where there’s no shortage of action on screen, so it’ll be interesting to see how it separates itself.

The CBS show has been in production since late 2015, and was first set to premiere in January 2017. A teaser was even shown this time last year, but then showrunner Bryan Fuller left in the autumn owing to a hectic schedule, which involves Starz’s American Gods. Since then, CBS has pushed the release date twice, citing its wish to achieve a desirable quality.

The first season of 15 episodes is still under production, with Deadline reporting the sixth episode is currently on the floor. Hence, the trailer doesn’t give out a release date, beyond what we already know. Star Trek: Discovery will premiere in the autumn on CBS All Access in the US, and on Netflix worldwide.