Spotify Wrapped 2019 Is Now Out, Featuring 'Your Top Songs' and 'My Decade Wrapped'

Spotify Wrapped 2019, a look back at your listening habits over the year, is available in the Spotify app, spotifywrapped.com, or at spotify.com/2019. 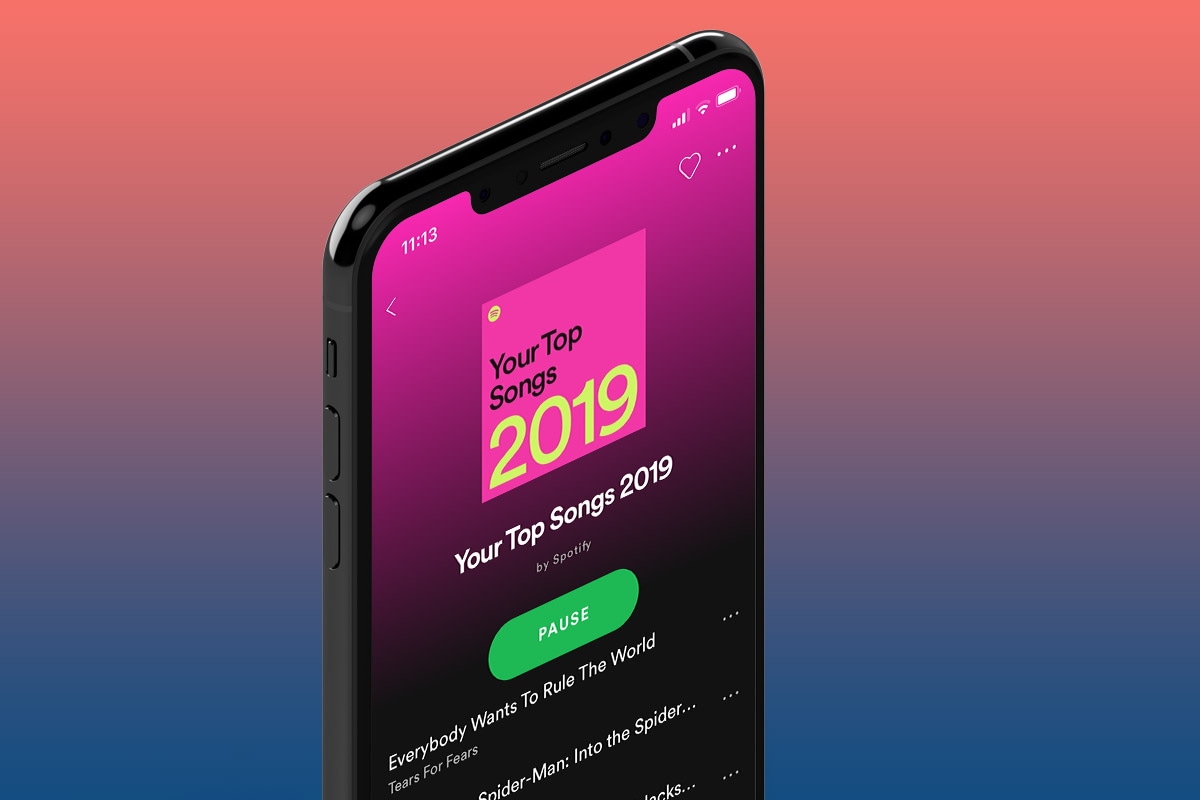 Spotify Wrapped 2019 gives subscribers a look at their listening habits over the past year, decade

Spotify Wrapped 2019 is now live, giving subscribers a look at their listening habits across the year (as it plays snippets from your most-streamed songs). That's in addition to the subscriber's most-streamed artists and songs, with the latter available as a 100-song playlist called “Your Top Songs 2019”, accessible in all Spotify apps across platforms. Moreover, 2019's Wrapped is special for those users who have had a Spotify account for most of the 2010s, as that means their Spotify Wrapped will also dive into the (near) decade you've had with the world's biggest music streaming service. To access yours, head over to spotifywrapped.com, spotify.com/2019, or the “Search” tab in the Spotify app.

With 2019's Wrapped, Spotify is also giving artists their own “2019 Artist Wrapped”, which gives them a detailed analysis of their music, including total fan hours streamed, highest number of fan streams per hour, increases in followers, total listeners, new listeners, streams, and playlist adds, the country that grew by the highest percent of listeners, and number of fans that had the artist as their top artist among other useful stats.

Spotify first launched its personalised end-of-the-year feature in 2015 as “Year in Music”, which was then rebranded to “Wrapped” two years later. It still does the same thing, though. Once you open either of the aforementioned Spotify Wrapped links and log into your Spotify account, you'll be given a tour of how your music taste changed each season, from January to November. (That's the downside of releasing Wrapped in early December.) It will then tell you your top five artists and top 10 songs for 2019. Wrapped will also point out other trends, such as how many countries you've listened to music from.

Beyond that, if you've used Spotify for most of the decade, 2019's Wrapped will offer a look at the annual trends going back to the year you first created your account. (If you only joined Spotify when it officially launched in India back in February, you won't see this part of Wrapped, naturally.) It includes your top song and artist, and the minutes you've spent listening for each year of the 2010s that you've been using Spotify. Wrapped wraps up with your artist of the decade, and the whole thing is bookended by social media-ready easy-share cards for “2019 Wrapped” and “My Decade Wrapped”.

If you're a bigger user of Spotify's global rival, Apple Music launched its own year-end feature in November called “Replay”, which dives into top songs, artists, and albums, listing the hours and number of plays alongside. It then leaves with you a playlist of your top songs called “Replay 2019”. And for those that have been using Apple Music prior to 2019, you'll also get a “Replay” playlist for each of those years. The new feature may have only launched this year, but Apple Music has been collecting your listening data from the start, obviously.