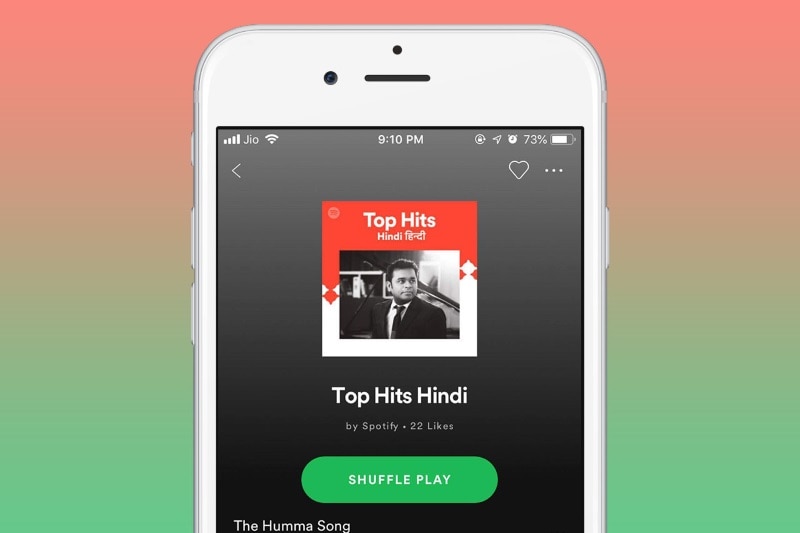 Spotify's iPhone and Android apps are now available in India

Spotify is now available for download in India on the App Store, Google Play and Microsoft Store, paving the way for the music streaming service's launch in the country, mere hours after Gadgets 360 reported on its pricing info. (Spotify Premium starts at Rs. 119 per month, if you're interested.) The app is free to download, of course, be it Android, iPhone, or Windows 10. Spotify is also giving Indian users an extended taste of its offering, as many of the international restrictions on the free tier — limited song skips and no individual song selection — don't appear to apply in India for now, although that could change.

There is one major difference between the Spotify app on Android and iOS right now. You can't sign up for the subscription-based offering Spotify Premium on Apple or Windows devices, but you're still free to play whatever music you please. (Spotify, just like Netflix, doesn't offer premium subscriptions via the App Store to avoid paying Apple a cut of the fee.) New sign-ups and logins are working on all platforms in India. Once you login, Spotify will ask you to choose music you like, in order to better recommend other stuff based on its algorithms.

At the time of writing, getting a Spotify Premium subscription appears to be working on the Android app, though it sometimes shows an error saying “Spotify is currently not available in your country”. To get rid of the error, tap Get Premium in Spotify, then tap the profile icon at the top and choose Try Premium Free.

Music you like — using the heart icon — will show up in ‘Your Library' on the Spotify app, wherein you can sort stuff by playlists, artists, albums, and podcasts. You can create your own playlists, of course, and Spotify will recommend songs to add to your playlist by the title you choose.

Earlier on Tuesday, we reported that prices for Spotify Premium had been revealed. In addition to the Rs. 119 per month plan, which puts it almost on par with Apple Music, you can also purchase one day, seven days, and one, three and six months of Spotify for Rs. 13, Rs. 39, Rs. 129, Rs. 389, and Rs. 719, respectively. And if you like, you can pay for a full year of Spotify upfront, for Rs. 1,189.

There's even a half-off Spotify student membership. Sadly though, there doesn't seem to be a Spotify Family subscription available at this time. Out of all the big names — JioSaavn, Gaana, Apple Music, Google Play Music, and Amazon Music — Apple is still the only one to offer a family subscription.