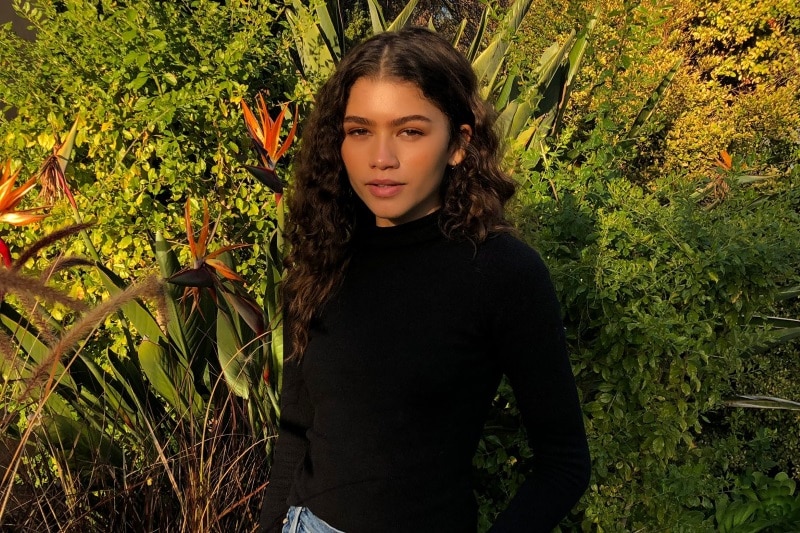 Just a day on from the last piece of Dune casting news, a new report claims that Zendaya — best known to most for playing MJ in Spider-Man: Homecoming — is in early talks to play Chani, the love interest of the protagonist Paul Atreides, the young nobleman being portrayed by Timothée Chalamet (Call Me by Your Name), for director Denis Villeneuve's (Blade Runner 2049) adaptation of Frank Herbert's 1965 epic sci-fi novel. In the books, Chani is a warrior belonging to the Fremen tribe, who are renowned for their fighting and survival abilities. Zendaya will join a cast that already includes Oscar Isaac (Star Wars: The Last Jedi), Rebecca Ferguson (Mission: Impossible – Fallout), Dave Bautista (Guardians of the Galaxy), Stellan Skarsgård (Good Will Hunting), and Charlotte Rampling (45 Years).

Collider is behind the latest Dune reveal, claiming multiple sources have said Zendaya is “being eyed” for the role. The website also notes that should Zendaya close the deal on Chani, she would take on the “leading role as [Paul's] proper love interest in the next Dune film”. Legendary Pictures, the studio that acquired film and TV rights to Herbert's novels, is interested in turning Dune into a new sci-fi franchise, while Villeneuve has said that he would like to make two films out of the 1965 novel. If everything goes to plan, this would be the second time Zendaya becomes the love the interest of the main character across two chapters. As MJ, she was the cool female friend in Homecoming, and the trailer and images for its sequel Spider-Man: Far From Home suggest a shift into the female lead space.

We already know the roles everyone else who has been cast is playing. In addition to Chalamet as Paul, Isaac and Ferguson will play his parents, Duke Leto I Atreides and Lady Jessica, respectively. Skarsgård is set as the main villain Baron Vladimir Harkonnen, while Bautista will play his violent, sadistic, and brutish nephew Glossu Rabban, who is asked by the Baron to rule the desert planet of Arrakis, the main setting for Dune that is highly coveted for being the only source of a drug called melange — usually known as “the spice” in the book — the most valuable substance in Dune's fictional universe, after the ruling Atreides family is ousted. Rampling will play Reverend Mother Mohiam, part of an exclusive sisterhood called the Bene Gesserit, some of whom like Mohiam train to become ‘Truthsayers', who can tell when someone is lying by analysing their speech, body language, and physical signs.

Villeneuve has been rapidly closing out his Dune cast given it's supposed to start filming in spring 2019 in Budapest and Jordan. The protected wilderness Wadi Rum in southern Jordan will likely be one of the filming locations, given the setting of Arrakis. Villeneuve wrote the script with Eric Roth (Forrest Gump, Munich) and Jon Spaihts (Doctor Strange, Prometheus), and is also producing with Mary Parent (Godzilla, Pacific Rim) and Cale Boyter (Detective Pikachu, Pacific Rim: Uprising).

The 22-year-old Zendaya shot to fame on Disney Channel, first with Shake It Up from 2010-13, and then starring in the lead of K.C. Undercover from 2015-18. Her feature breakthrough was Spider-Man: Homecoming, a role she's set to reprise in this year's Far From Home, followed by Hugh Jackman-starrer The Greatest Showman. Zendaya is also part of an ensemble cast for HBO's high school drama series Euphoria, premiering sometime in 2019.