Spider-Man: No Way Home Trailer Is Not Quite What You Were Waiting For

Spider-Man: No Way Home releasing in English, Hindi, Tamil, and Telugu in India. 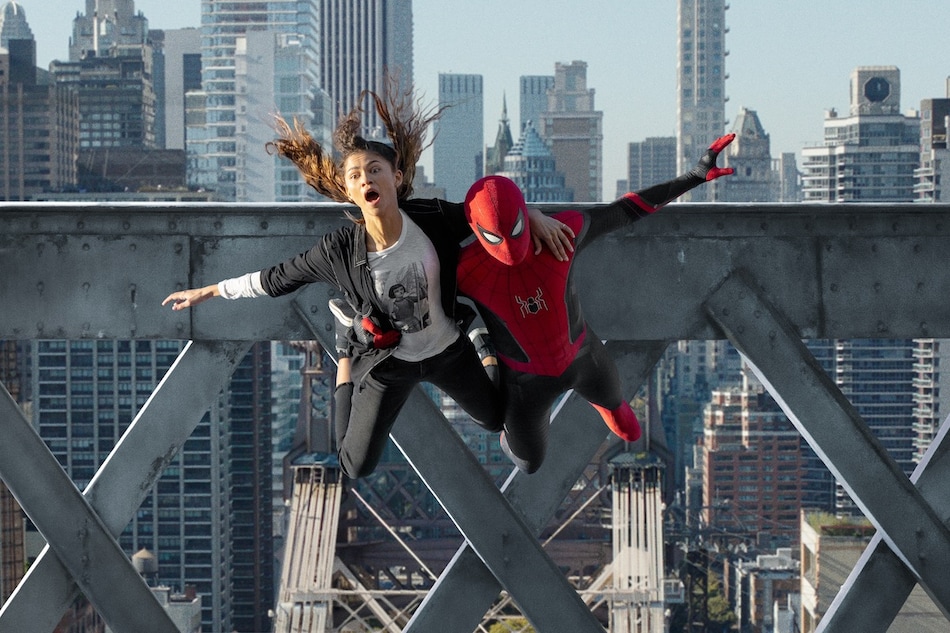 Zenday as MJ, Tom Holland as Spider-Man in Spider-Man: No Way Home

Spider-Man: No Way Home trailer is here — in English, Hindi, Tamil, and Telugu. As promised, early on Wednesday, Sony Pictures dropped the second trailer for the next Spider-Man movie, giving us a better idea of what to expect from the multiverse adventure. There's no hint at the return of Tobey Maguire and Andrew Garfield as Spider-Man from their respective universes in Spider-Man: No Way Home trailer, something that fans had been anticipating despite assurances from everyone involved (including serial leaker and Spider-Man star himself Tom Holland) that a reunion is not happening, but we do get more of returning Spider-Man villains — Alfred Molina's Doctor Octopus and Jamie Foxx's Electro — alongside confirmation of others in Sandman, The Lizard, and Green Goblin.

“Ever since I got bit by that spider, we had one week and that's when you found out,” Peter Parker (Holland) says at the start of the new Spider-Man: No Way Home trailer. Benedict Cumberbatch's Doctor Strange then reveals that the spell to protect Parker's identity went wrong, and that “visitors” from every universe are coming through. Enter nearly every previous Spider-Man villain from non-Tom Holland Spider-Man films, including Doc Ock, Electro, Sandman, The Lizard, and Green Goblin (who sounds very much like Willem Dafoe, though we never see his face). But there's an added twist. Strange says it's their fate to die at the hands of Spider-Man — Parker says there must be another way and sets out to save them, which isn't going to be easy.

Spider-Man: No Way Home is the third Spider-Man movie since Tom Holland stepped into Peter Parker's shoes. Interestingly, there have been just three Marvel Cinematic Universe movies — the Scarlett Johansson-led Black Widow, Marvel's first Chinese superhero in Shang-Chi and the Legend of the Ten Rings, and the new ensemble in Eternals — between this one and the previous Spider-Man instalment, 2019's Spider-Man: Far From Home. There were six MCU films between Spider-Man: Homecoming and Far From Home. Partly thanks to the ongoing COVID-19 pandemic, I would imagine, and Sony's insistence on two-year gaps between its superhero movies.

Behind the scenes, Jon Watts returns as director on Spider-Man: No Way Home, having directed both Homecoming and Far From Home. Also returning are the Far From Home writing duo Chris McKenna and Erik Sommers, who were among six credited writers on Homecoming. Michael Giacchino is back as composer as well, having scored the MCU's both previous Spider-Man chapters. Oscar-winning cinematographer Mauro Fiore (Avatar) joins the MCU for Spider-Man: No Way Home. Marvel Studios president Kevin Feige, and former Sony Pictures chairman Amy Pascal served as producers. Spider-Man: No Way Home is a production of Columbia Pictures, Marvel Studios, and Pascal Pictures.

Editor's note: Sony Pictures India released the Tamil and Telugu trailers on Thursday, November 18, a day after the English and Hindi versions were released.

PUBG: New State Reaches 1 Crore Downloads on Google Play Store in Less Than a Week Since Launch
Snapchat, Spotify, Google Cloud Back Up After Brief Outage