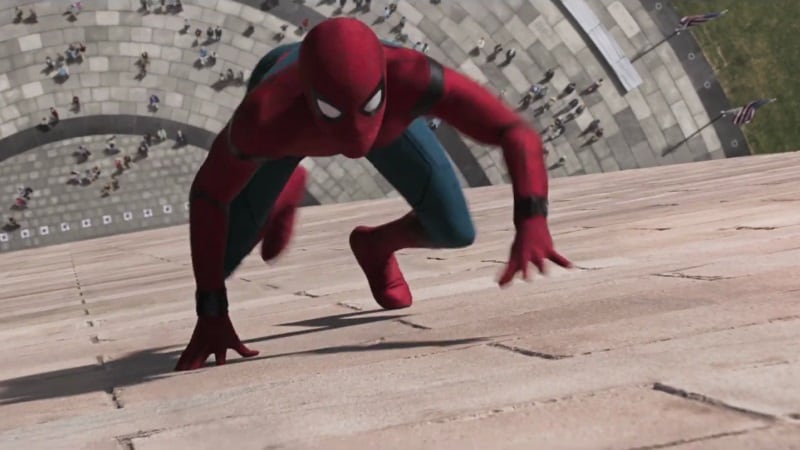 Marvel has released the first trailer for Spider-Man: Homecoming, which marks the second reboot of the film in less than five years, and takes the character back to his school days with actor Tom Holland. Now part of the Marvel Cinematic Universe after an appearance in Captain America: Civil War, Holland will be joined by Tony Stark / Iron Man (Robert Downey Jr.) in his standalone film, who is seen in the trailer too.

The trailer starts with Spider-Man interrupting a bank robbery who are using Avengers masks – a bit of a nod to The Dark Knight’s opening sequence, if you ask us – and then goes on to set up his life in and outside his suit. Holland’s 15-year-old Parker is part of the weird bunch at school, is given advice and dropped off by Stark in his car, and gets caught in his costume in front of a close friend.

There are also glimpses of Michael Keaton as Adrian Toomes / Vulture, and his suit-cum-armour seems to be particularly massive. Jon Favreau reprises his role as Happy Hogan from previous MCU films, Marisa Tomei will play Parker’s aunt May – as she did in Civil War – and Donald Glover is involved in an unspecified role too. And as always, you can expect Stan Lee to have a cameo somewhere.

Jon Watts has directed the film, and it will be the sixteenth entry in the MCU and the second of three next year after Guardians of the Galaxy Vol. 2 on May 5 and before Thor: Ragnarok on November 3. We’ll find out how good Spider-Man: Homecoming is when it his theatres worldwide on July 7, 2017.