Spoilers ahead for Avengers: Endgame, naturally. 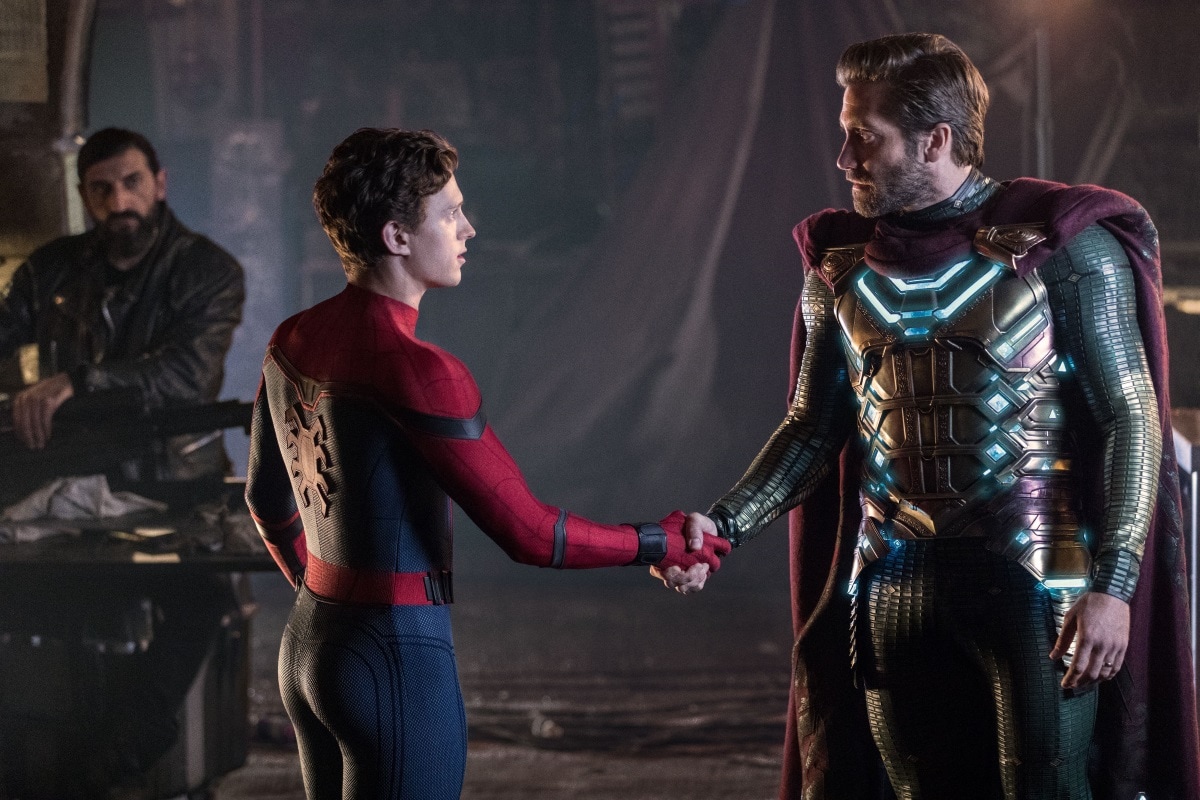 A new Spider-Man: Far From Home clip further hints that the Marvel Cinematic Universe is soon going to be a multi-verse. (Wait, do we have to call it Marvel Cinematic Multi-Verse then?) Jake Gyllenhaal, who plays Mysterio in the Spider-Man sequel, claims that he's from Earth dimension 833, while the world Peter Parker (Tom Holland) lives in is known as Earth dimension 616. Nick Fury (Samuel L. Jackson) adds in the trailer that “the Snap tore a hole in our dimension”, suggesting that's how Mysterio made it to our world. Fury is likely referring to the Snap from Avengers: Infinity War, but it could be one of the two from Avengers: Endgame.

“I could use someone like you on my world,” Mysterious (Gyllenhaal) says towards the beginning of the new Spider-Man: Far From Home clip, which is an extension of a scene that appears in the new trailer released earlier this week. When Peter wonders what the hell he's talking about, Mysterio explains that there are multiple realities and adds the bit about the different Earths they are from, before noting: ”We share identical physical constants, level 4 symmetry.”

”I'm sorry, you're saying there's a multi-verse?” Peter excitedly asks Mysterio. “Because I thought that was just theoretical. I mean that completely changes how we understand the initial singularity...” He trails off at this point, as he glances towards Nick Fury and his right-hand woman Maria Hill (Cobie Smulders), who are glaring at him for geeking off. It's also the end of the Far From Home clip — which premiered at The Ellen Show upon Gyllenhaal's visit — but the beginning of several questions for fans.

For one, Mysterio is a supervillain in the comics while he's being shown as an ally of the good guys in Far From Home. It's possible he's lying about the multi-verse but all the equipment and the unintelligible scientific readings that you can glance in the corners of the clip suggests he's not. What is still possible though is that Mysterio isn't fully letting on about Earth-833 in order to service a larger agenda.

Meanwhile, fans of Marvel comics have been left confused by the exact dimension numbers used by the filmmakers. Earth-616 is the prime reality for the events in the comics, while Earth-199999 has been established as the reality for the events of the MCU. That said, the films have never bothered to deal with what happens in the comics or multiple dimensions before, which gives them the creative freedom to define their realities as they wish.

Moreover, the numbers are mere technicalities in the bigger picture. What matters is how Marvel handles the (likely) introduction of the multi-verse to the MCU, and what it does with it going forward. With the studio expected to detail its post-Avengers: Endgame slate later this summer, it'll be very interesting to see what the future holds.