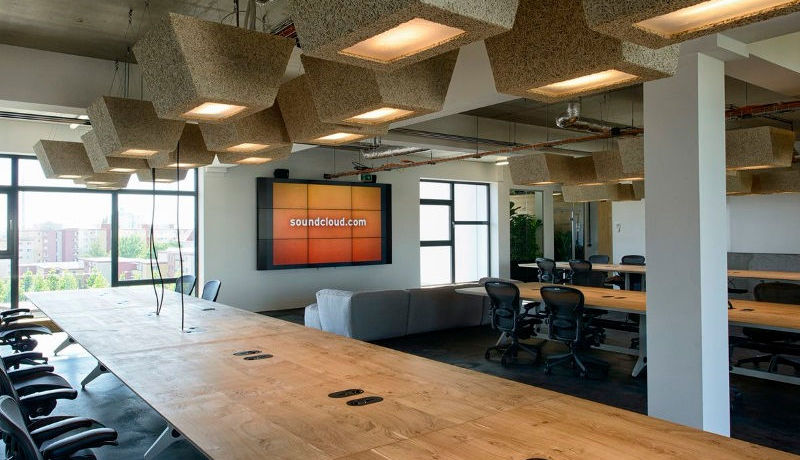 Music-streaming service SoundCloud has lost two senior executives and is seeking to raise new funding, the company said on Sunday, but denied a Financial Times report that it was running low on cash.

"SoundCloud is currently fundraising, which is typical of most startups of our size and in our phase of growth," the spokeswoman said, denying an assertion by an anonymous source quoted by the FT as saying it was seeking financing in "desperation."

The firm raised $100 million last June from a group of investors including Twitter, half the $193 million it has taken in since its founding in 2008, according to Crunchbase data.

The FT's source said SoundCloud was looking to raise funds while seeking to avoid accepting a lower valuation than the roughly $700 million when it last raised money.

SoundCloud is popular among music artists, but has been less successful at striking licensing deals on favourable terms with major music labels than rivals Spotify and Apple Music.

The SoundCloud spokeswoman reported business as usual, saying the executive departures were unrelated to its fundraising. The company said in a report filed early in January that it made a loss of EUR 48.7 million ($51.8 million or roughly Rs. 346 crores) after tax during the 2015 calendar year.

The company's auditors warned in the filing with UK Companies House that a material uncertainty exists that may cast doubt on the company's ability to continue as a going concern.

"This is unrelated to our 'normal course' fundraising efforts, which are being led by our recently appointed Chief Financial Officer, Holly Lim," the SoundCloud spokeswoman said. Lim joined in September after working at Google.

"SoundCloud remains in a position of strength and is confident in its long-term prospects as it continues to be the go to platform for the creative community," the spokeswoman said.