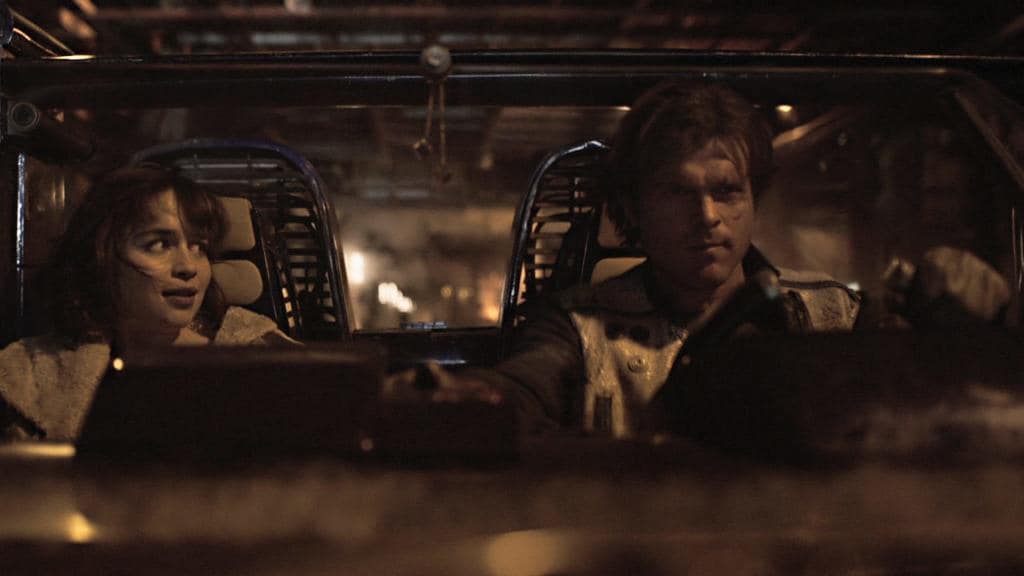 As expected, the first teaser trailer for Solo: A Star Wars Story has arrived, on the back of the Super Bowl spot a day ago. It gives us our first proper look at Alden Ehrenreich as Han Solo – the iconic Star Wars character played by Harrison Ford in the original trilogy, and The Force Awakens – and an idea of what he'll be up to in his standalone adventure.

Set before the events of 1977's A New Hope, Solo: A Star Wars Story follows a young Han Solo before he became the man who made the Kessel Run in less than 12 parsecs. The film will also tell us how he met both future co-pilot Chewbacca and notorious gambler Lando Calrissian, played here by Donald Glover (Atlanta).

The Solo: A Star Wars Story trailer begins with a voice-over from Solo himself: "I've been running scams on the streets since I was 10. I was kicked out of flight academy for having a mind of my own. I'm going to be a pilot, the best in the galaxy." All the while, we get glimpses of him with new character Qi'ra (Game of Thrones' Emilia Clarke) as he evades the authorities, and the sleek interiors of a brand-new Millennium Falcon.

Woody Harrelson's Beckett – a criminal and Han's mentor, as has already been revealed – then gets his own introduction: "Hey kid, I'm putting together a crew." Cue shots of everyone who'll be in the crew: Qi'ra and her assistant droid L3-37 – voiced and played via mo-cap by Phoebe Waller-Bridge (Fleabag) – in addition to Lando, and new character Val (Westworld's Thandie Newton).

Solo: A Star Wars Story has seen its share of troubles during production. The original directors, Phil Lord and Christopher Miller – who helmed The Lego Movie and 22 Jump Street – were fired four months into filming, due to differences in vision and clashing with Lucasfilm president Kathleen Kennedy. Ron Howard was hired as replacement, and he has reportedly reshot a large chunk of the film.

It's much easier to hide any faults in trailers, so we'll have to wait till May 25 to find out how Solo: A Star Wars Story holds up.