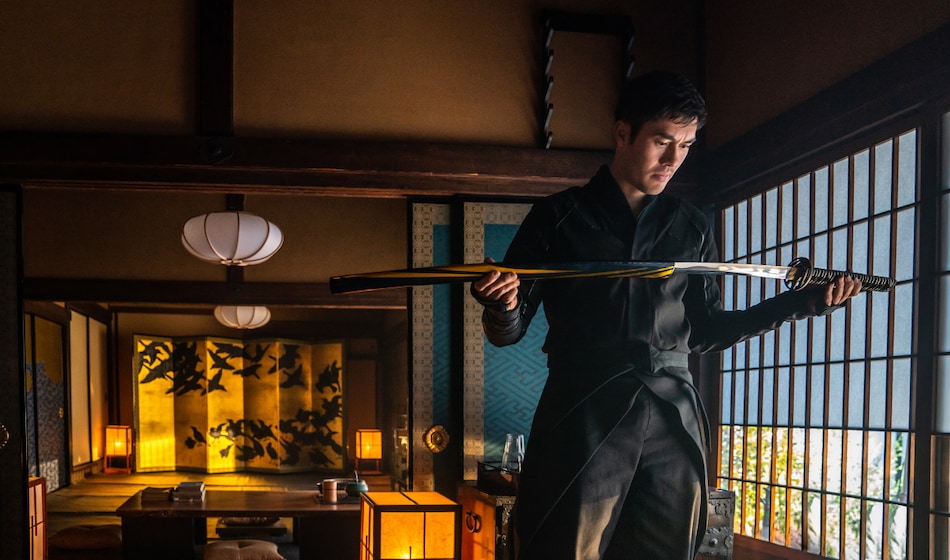 Henry Golding as and in Snake Eyes

Snake Eyes first trailer is here. On Sunday, Paramount Pictures unveiled the first trailer for the next G.I. Joe movie — the full title is Snake Eyes: G.I. Joe Origins — which features Crazy Rich Asians star Henry Golding as the lead character Snake Eyes. The 49-second Snake Eyes teaser trailer makes the film's action chops very obvious, involving a mix of katanas and guns. The former is naturally due to the character's Japanese origins — Golding has Malaysian heritage — which also results in a bunch of neon and bowing. And of course, it also gives us a peek at Snake Eyes' iconic helmet.

For those who have a working memory of the previous two G.I. Joe movies — they were very terrible and very forgettable, yes — Golding replaces Ray Park who played Snake Eyes in both G.I. Joe: The Rise of Cobra and G.I. Joe: Retaliation. In fact, that's par for the course for nearly everyone involved in Snake Eyes, with Paramount hitting the soft reboot button again.

Also part of the Snake Eyes cast are Haruka Abe as Akiko, Takehiro Hira as Kenta, Iko Uwais as Hard Master, and Peter Mensah as Blind Master. Robert Schwentke (R.I.P.D.) is the director. The Snake Eyes script comes from Evan Spiliotopoulos (Beauty and the Beast), Anna Waterhouse, and Joe Sharpnel.

Alongside, Paramount Pictures has also released a behind-the-scenes video at Snake Eyes that attempts to give audiences more background on the G.I. Joe character. It comes with more footage of the movie for those interested.

Snake Eyes: G.I. Joe Origins is slated to release July 23 in cinemas worldwide. An India premiere is unlikely at that date given the debilitating second wave of the COVID-19 pandemic. In the US, Snake Eyes will be available on Paramount+ 45 days — that's September 6 — after its theatrical debut.