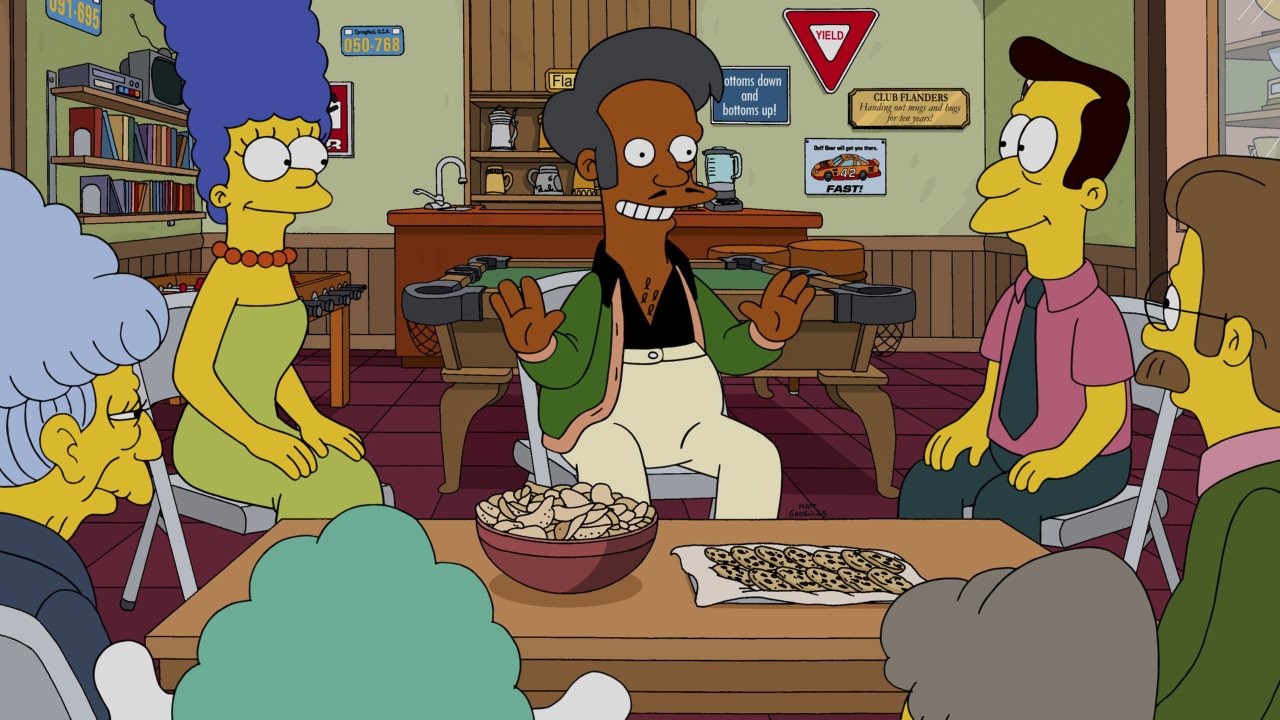 Since last year's release of The Problem of Apu – the documentary written by and starring the comedian Hari Kondabolu, who dissected the negative stereotypes of South Asians fuelled by The Simpsons' portrayal of Apu Nahasapeemapetilon for nearly three decades – the show has been under the spotlight for contributing to racism against the community. And in its latest episode on Sunday, The Simpsons addressed the issue for the first time, but instead of acknowledging its faults, the show issued what can best be described as a tone-deaf response to the controversy.

Midway through "No Good Read Goes Unpunished", the fifteenth episode of The Simpsons' 29th season, Marge reads a book to her daughter Lisa – it's called "The Princess in the Garden" by Heloise Hodgeson Burwell, which is a spin on "The Secret Garden" by Frances Hodgson Burnett – which she has edited heavily to make it culturally acceptable for today's time. Her changes end up shortening the story, and removing an "emotional journey" for the character, disappointing Lisa in the process.

The Simpsons bafflingly uses that to make a point about the Apu controversy, with Marge wondering what she was supposed to do. To which Lisa replies, by breaking the fourth wall: "It’s hard to say. Something that started decades ago and was applauded and inoffensive is now politically incorrect. What can you do?" As she finishes her thought, the episode reveals Apu's photo in a picture frame next to Lisa's bed, with the words "Don't have a cow, Apu" inscribed on top of it.

But wait, it gets worse. Marge walks up to comfort her daughter, saying: "Some things will be dealt with a later date," before Lisa quickly adds: "If at all," as both mother and daughter turn their eyes towards the camera, in case whoever is watching was still unclear that the show was directly addressing the audience this entire time. When Hank Azaria, the white actor who voices Apu, had said The Simpsons would "definitely address" the criticisms back in January, this apathetic strategy wouldn't have been on anyone's mind.

Wow. “Politically Incorrect?” That’s the takeaway from my movie & the discussion it sparked? Man, I really loved this show. This is sad. https://t.co/lYFH5LguEJ

In “The Problem with Apu,” I used Apu & The Simpsons as an entry point into a larger conversation about the representation of marginalized groups & why this is important. The Simpsons response tonight is not a jab at me, but at what many of us consider progress.

As you can expect, the reaction to The Simpsons' botched handling of the Apu controversy has been nothing but shock. In two tweets on Sunday after the episode, Kondabolu said: "Wow. 'Politically Incorrect?' That’s the takeaway from my movie & the discussion it sparked? Man, I really loved this show. This is sad." and added later: "The Simpsons response tonight is not a jab at me, but at what many of us consider progress."

While completely avoiding the topic wouldn't have been a surprise, dealing with such a delicate matter – Apu's characteristics have long been used by non-South Asians as slurs and to bully South Asian children – in such an offhanded fashion further contributes to the notion that The Simpsons has lost its way and has long been out of the cultural conversation. Most critics and viewers agree that the show has been routinely unfunny for the last fifteen years, and has consistently gotten more crass and careless over time.