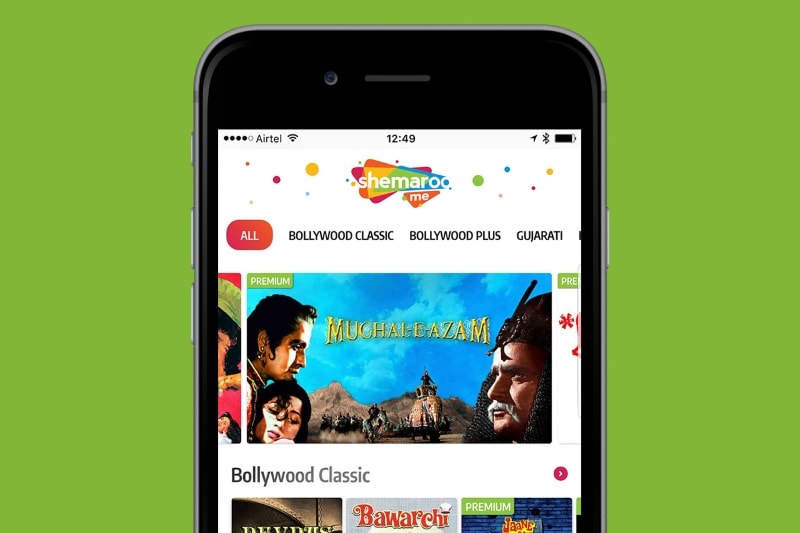 One of India's entertainment old guards, Shemaroo, has launched its own video streaming service app ShemarooMe, for Android, iOS, and the Web. It will feature Hindi, Gujarati, Punjabi, devotional and kids content from Shemaroo's extensive library, which is around 3,500 titles. About 2,000 film titles and 1,000 hours of non-film content are already available. ShemarooMe will operate on a 'freemium' model; while some content will be available to everyone for free, the rest of it will require a subscription. Shemaroo is taking a two-tiered approach to the latter: users can buy individual categories such as Bollywood or Punjabi for Rs. 49 per month or Rs. 499 per year, or get full access for Rs. 129 per month or Rs. 999 per year.

Shemaroo is also offering original shows under its Bollywood section. But unlike scripted fare that is being pushed by the likes of Netflix, Amazon Prime Video, ALTBalaji, and Eros Now among others, the originals on ShemarooMe are meant to complement its Bollywood offerings. Think of them as extras you get on DVDs and Blu-rays, but a much extended version of that.

There's a devotional section which will feature content live streamed from religious locations such as shrines. For children, ShemarooMe claims to have more than 150 hours of content.

Being one of the leading film distributors in India, Shemaroo is clearly banking on its extensive collection — a large part of it historical — as it enters the digital era. ShemarooMe is the natural next step in India's streaming wars, wherein the big Indian media companies stake a claim of the online entertainment pie. The likes of Eros and Zee are already here — with Eros Now and ZEE5 respectively — and more are expected to follow.

This has naturally been bad for consumers, especially when these companies — as with Eros Now — decide to keep a portion of their libraries exclusive to their own streaming services. At the event on Wednesday, Shemaroo CEO Hiren Gada told Gadgets 360 that it would take a "multi-pronged" approach, in that it will continue to partner with other streaming services to distribute its content, even as it tries to lure users to ShemarooMe. Gada said their understanding of the Indian audience and the curation — which has worked well for Shemaroo on YouTube, citing a monthly audience of 90 million — are its real strengths.

Apps for TV are currently in development, Gada added later. A single ShemarooMe user can simultaneously watch on "multiple devices", according to Gada.