She Season 2 Trailer: Aaditi Pohankar Returns to Mumbai’s Underbelly for a ‘Final’ Assignment 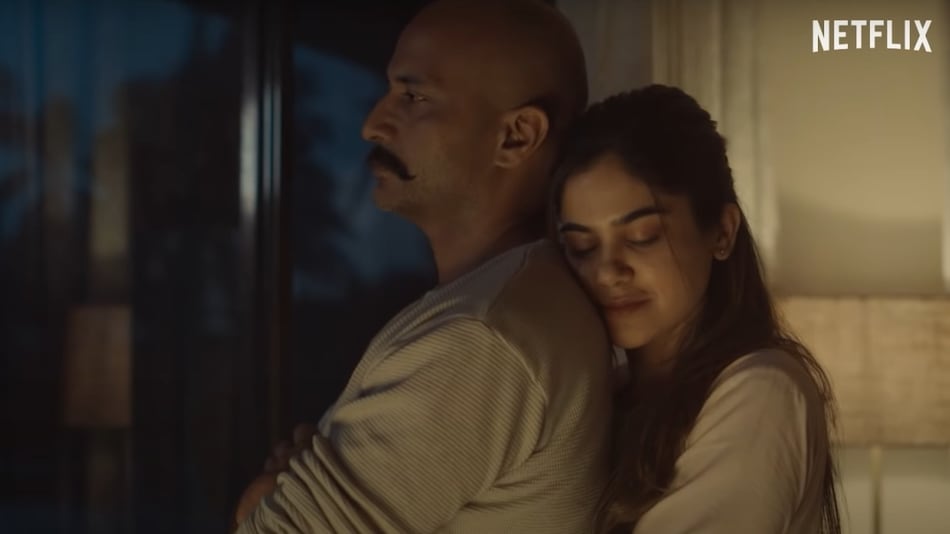 Kishore and Aaditi Pohankar in She season 2 trailer

She season 2 trailer is out. On Friday, Netflix India released a one-minute 14-second teaser trailer for the second season of its crime drama series She to pique the curiosity of fans. She season 2 trailer re-introduces us to constable Bhumika Pardesi (Aaditi Pohankar), as she is asked to return to Mumbai's dark underbelly to carry out a "final" covert operation. The fearless protagonist takes up the challenge, only to find herself caught between her duty and desires once again. We see her in a bold outfit, implying that she is set to embrace her desires. Pardesi soon realises that she has changed as a person since the last time she took up a similar mission, something that adds to her problems.

Going by the teaser, She season 2 will feature realistic and highly vulnerable characters stuck in murky situations. In other words, expect them to blur the lines between ‘right' and ‘wrong' with their actions.

Pohankar had earlier hinted at this when she said in a prepared statement: ”Personally, I relate a lot more to the characters that are dealing with their own vulnerabilities. It's wonderful to be able to express that on-screen. I think vulnerability makes you more relatable and makes the audience connect more deeply with your character."

Besides Pohankar, the She season 2 cast includes Kishore, Vishwas Kini, Sandeep Dhabale, Shivani Rangole, and Mohammad Ali Baig among others. Vijay Verma, who received praise for his performance in the first instalment, is of course not part of this season as his character died in the first season. Arif Ali directs off a screenplay from showrunner Imtiaz Ali.

When it premiered in 2020, She found an audience due to its biting narrative but failed to impress critics, receiving mixed to negative reviews. So, will the second season fare better?

We'll find out when all seven episodes from She season 2 release June 17 on Netflix.