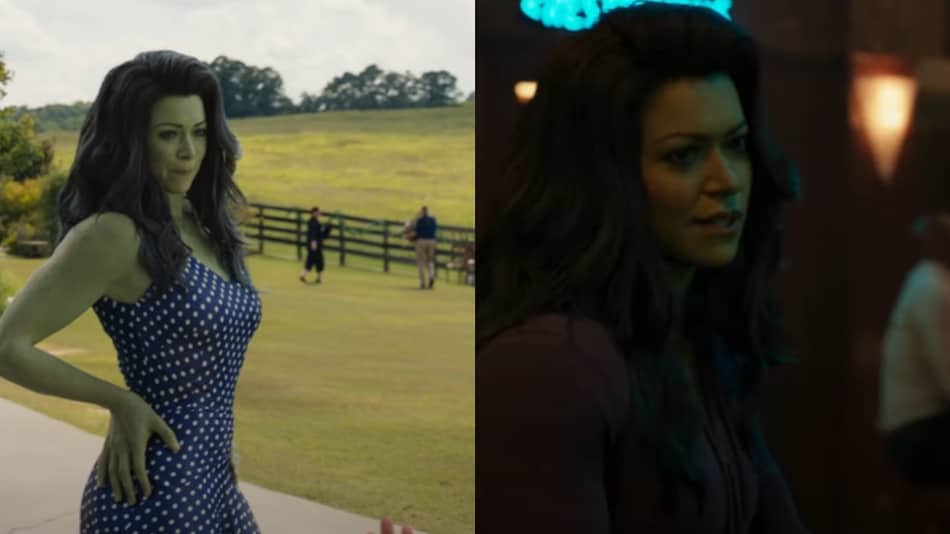 She-Hulk: Attorney at Law trailer and release date are out. On Wednesday, Marvel Entertainment released a nearly one and half minute long trailer for its new series — which marks the titular superhero's first live-action screen appearance — to pique the curiosity of fans and confirm that the title will premiere on Disney+ in the US on August 17, and on the same date in India via Disney+ Hotstar. The video introduces us to Jennifer Walters, an attorney who specialises in superhuman-related legal cases. She isn't exactly in a good place in life as she has to deal with her "frustrating family". As the trailer progresses, we are re-introduced to her cousin Bruce Banner/ Smart Hulk, who is an important part of the Marvel Cinematic Universe(MCU).

Banner conducts some type of an experiment or procedure on Walters, granting her super powers of her own. She-Hulk: Attorney at Law trailer also gives us a look at Abomination, the notorious villain from the 2008 feature film The Incredible Hulk, who is seen sitting in a cell. Going by the trailer, this promises to be a whacky and action-packed adventure for Marvel fans.

This will be Maslany's first series after the 2021 release The Harper House, in which she voiced an 11-year-old character named Ollie Harper. She-Hulk: Attorney At Law might prove to be a gamechanger for her if it lives up to expectations. The series comes at an equally crucial time for Wong as he was recently seen in the Benedict Cumberbatch-led Doctor Strange in the Multiverse of Madness. She-Hulk: Attorney at Law is likely to help him consolidate his standing in the MCU if the script gives him ample scope to shine.

The first episode of She-Hulk: Attorney at Law releases August 17 on Disney+ in the US. Those in India will be able to watch it in English, Hindi, Telugu, Tamil, and Malayalam on Disney+ Hotstar from the same date. New episodes drop on a weekly basis. The series is created by Jessica Gao who serves as the executive producer alongside Kevin Feige, Louis D'Esposito, Victoria Alonso, Brad Winderbaum, and Kat Coiro. Gao, as you most probably already know, is best known for her writing the comedy series Silicon Valley and the Pickle Rick episode from the animated adult sitcom Rick and Morty.